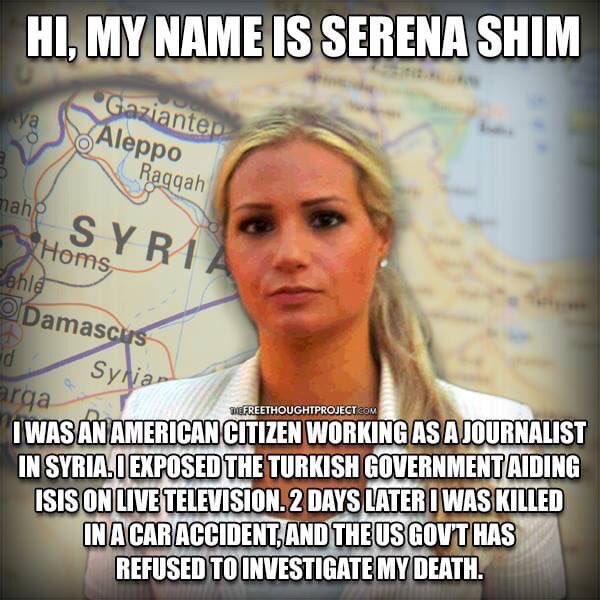 I love how we're all pretending Erdogen is our friend and buddy.  He was on US soil letting his bodyguards attack peaceful protesters.

Wednesday, October 24, 2018.  Busboys and Poets partners up with VOA, 'liberating' Mosul meant bombing children, al-Mahdi's supposed to be putting forward his new Cabinet and much more.


Time to bring the curtain down on Sweet Honey in the Rock?  Probably so.

And why leave it there?  Busboys and Poets has a lot to answer for.  They better hope WSWS isn't paying attention.  This is exactly how this crowd (US Socialist Worker) holds hands with the US war machine.


As Barry Grey noted this week at WSWS:


Anyone who carefully follows the publications of the various pseudo-left organizations in the United States will note how reliably they track the political line of the New York Times and other Democratic-Party aligned media outlets. These corporate media, in turn, reflect the positions of definite factions within the US intelligence establishment.
This is clearly seen in the response by Socialist Worker, the publication of the International Socialist Organization (ISO), and Jacobin, which is closely aligned with the Democratic Socialists of America (DSA) to the state murder of Saudi journalist Jamal Khashoggi. These publications respond like political weathervanes to shifting currents within US imperialist policy-making and intelligence circles—in this case, growing dissatisfaction with the current ruler of Saudi Arabia, Crown Prince Mohammed bin Salman.
The Obama administration gave bin Salman the OK to launch a war in March of 2015 to defeat Houthi rebels and reinstall the deposed US-Saudi puppet regime of Abd-Rabbu Monsour Hadi. Since then Washington has provided crucial military, logistical and intelligence assistance for a savage bombing campaign against civilian targets that has killed somewhere between 16,000 and 50,000 Yemenis, brought some 1.4 million people to the point of famine and caused a world record cholera epidemic affecting a million people.
The Trump administration has continued and deepened the Obama policy, forging even closer relations with the Saudi dictatorship and negotiating a $1.2 billion arms deal as part of a united front of Washington, the Sunni Gulf states and Israel against Iran.
For more than three years, SocialistWorker.org and Jacobin have been virtually silent on the war being waged by a coalition of Gulf states led by Saudi Arabia against Yemen.


Sweet Honey in the Rock started out years ago as something.  No one was really sure what.  But they were different and their heart was in the right place.  That was decades ago.  The current line up?  They Tweeted the above.  About Angela and AMT Goodman -- they mean Amy.  It's a Busboys and poets tribute!!!!  With . . . Voice of America!!!!  VOA Lady Dj works for VOA.

VOA is part of the war machine and exists to spread, yes, fake news around the world.  Which was why, throughout the 20th century, the US Congress barred it from broadcasting in the US.

Last year, Dan Robinson explained at CJR that VOA remains a tool of the government and


Obama’s reforms, but also various precursor measures, paved the way for VOA (and Radio Free Europe/Radio Liberty, Radio Free Asia, Office of Cuba Broadcasting, and Middle East Broadcasting Networks) to become even more closely associated with the so-called Counter Violent Extremism and counter-disinformation programs.
It’s little-remembered now, but just over two years into his presidency, in September 2011, Obama ordered an “integrated strategic counterterrorism communications initiative”—designed to get agencies including VOA’s parent agency to collaborate in combating terrorism and extremism. The order also created a Center for Strategic Counterterrorism Communications, bringing representatives of all departments and agencies into counter-terrorism efforts, including DOD, CIA, and significantly, the Broadcasting Board of Governors.

In March 2016, another Obama order created a Global Engagement Center, which costs taxpayers about $160 million annually to counter disinformation, with initial funding from the Pentagon budget. Meantime, the Broadcasting Board of Governors is on a path to eventual elimination, to be replaced by a CEO—which would be a presidential appointee confirmed by the Senate.
That structure alone makes clear that VOA and other government-funded media are most certainly not “news companies,” a description former VOA director David Ensor was fond of using (before arriving at VOA in 2010, Ensor had crossed over from mainstream roles at NPR, ABC, and CNN to heading public diplomacy programs at the US Embassy in Kabul, what many still consider to be propaganda).


Does Kevin Zeese (fresh off his ridiculous speech on Sunday) still sing the praises of Busboys and Poets?  Is everyone proud that they're enlisting the 'talents' of VOA to do their part in the so-called war on terror?

Are they going to start targeting Muslim patrons now as well?

What a proud moment for the laughable.  Sweet Honey in the Rock has no reason to exist today.  They don't have an original member among them and they have no hits to sing.  But they love them some VOA.  And so does Busboys and Poets.

Shame on every single person involved in that event.  They should all be forced to declare what they stand on this issue.  VOA is not a news agency.  It is an arm of the US government and it spies on people around the world.  That a VOA employee is someone they would choose to invite (and promote!) into their establishment says a great deal about Busboys and Poets.

Remember, boys and girls, the coconut tofu bites now come with a side order of government spying at Busboys and Poets!


"Well it's hard on my heart"
Said, "Well open your eyes, yeah"
"It gets harder every day"
Said, "I need to know now"


Soon you will be gone
Take your violet and blue mornings with you
-- "Violet and Blue," written by Stevie Nicks, first appears on the AGAINST ALL ODDS soundtrack


Soon Hayder will be gone.


Mina Aldroubi writes for THE NATIONAL but gets something from the US State Dept -- why else would she so regularly 'report' what they wanted.  (We've documented that here.  A friend at the State Dept tells me what they're planting in the press and then, three to four days later, Mina shows up with a new byline.  Check the archives.)  So today, Mina 'reports' that al-Mahdi's going to have his new cabinet (if he's moved from prime minister-designate to prime minister) focus on corruption and quotes from the four year plan,  "By rebuilding a transparent and effective system that establishes a work environment that promotes integrity and fights corruption. We will punish and expose perpetrators."

Do they mean anything?

Apparently not if Shi'ite cleric and movement leader Moqtada al-Sadr has to call them out already.  MIDDLE EAST MONITOR reports:

Iraq’s Shia cleric Muqtada Al-Sadr today rejected a secret vote in parliament on the new cabinet lineup.
“The people want to reform the system through an honest government with independent technocrats supervised by the prime minister-designate without pressure from parties and blocs,” Al-Sadr tweeted.

We're going to be transparent!  Right after we have our secret vote!

Exactly how bad is this proposed Cabinet that they're wanting to do a secret vote?


Already, the rumors are that Hoshyar Zebari's going to be nominated for Finance Minister.

Team Media War Iraqi‏ @TeamMediaWarIq Oct 21
Sacked for corruption.. Nominated for Finance Minister!! Zebari was sacked by Parliament over ‘corruption’ in 2016, allowing him to return to AdilAbdAlMahdi’s cabinet in 2018 is a disgraceful undermining of the Parliament! #Iraq #IraqiLeaks

🇮🇶Iraq Live Update‏ @IraqLiveUpdate Oct 21
Sacked for corruption.. Nominated for Finance Minister!! Zebari was sacked by Parliament over ‘corruption’ in 2016, allowing him to return to @AdilAbdAlMahdi’s cabinet in 2018 is a disgraceful undermining of the Parliament! #Iraq #IraqiLeaks pic.twitter.com/1f2Zt5zf7S
2 replies10 retweets20 likes

So corrupt that Parliament fired him for corruption in 2016.

And he may be part of the new government?

No wonder they want a secret vote.

Don't pretend you want to end corruption if you're nominating Zebari.

If that nomination is part of the plan, al-Mahdi's mis-reading the situation.

The Basra protests are not over.  They are on hold.

Toaf‏ @toaf Oct 23
Basra protests may resume after Arbaeen: “Stay united until you win your constitutional rights. Keep your protests peaceful and disciplined.”
0 replies0 retweets1 like


And not only can they resume but many of the same issues in Basra are also in Kirkuk.

Al Jazeera English‏Verified account @AJEnglish 3h3 hours ago
"We haven't had electricity since the morning." While Kirkuk sits on Iraq's third-biggest oil reserves, its residents complain they have not seen much of that oil wealth aje.io/zpuu4


Imagine protests in Basra and Kirkuk -- both cities taking to the streets.  al-Mahdi needs to not just utter pretty words, he needs to follow them.

Meanwhile, in 2014, US President Barack Obama began order the bombing of Mosul and that bombing continued under President Donald Trump until the 'liberation' of Mosul at the end of 2017.  The 'liberation' 'liberated' a lot of children from Mosul -- by killing them.

Airwars‏ @airwars 4m4 minutes ago
Iraq: Of 2,265 bodies recovered by federal teams in Nineveh province so far this year - mostly in Mosul - 851 were children, acccording to Fadel Ghraoui of the Commission for Human Rights: [story in Arabic]
0 replies1 retweet3 likes