One in 59 US children has autism, according to a new report from the US Centers for Disease Control and Prevention.
The new estimate is a prevalence rate of 1.7%, up from one in every 68 children (1.5%) in the 2016 report, which was based on data from 2010. The new figure was derived from 2014 estimates for 8-year-olds diagnosed with an autism spectrum disorder in 11 communities across the nation.
Autism spectrum disorder, a developmental disability, is characterized by problems with communication and social interaction with accompanying repetitive behavior patterns.
Autism is increasing.  I have far more sympathy for those who worry about vaccines and/or the environment as causes than I do for the pushy crowd that snarls and screams about ‘science.’
Science – especially as it regards humans and health – is highly fluid.  It reminds me of the scene in SLEEPER when Woody Allen wakes up after being frozen and, years in the future, discovers everything that they said was bad for us was actually good.  It is, honestly, not so  long ago that we thought leaches were the height of modern science when it came to healing.
I think we do the best we can and hope we are building for a better future.   Medical advances are a good thing – a great thing – but what they remind us is that often what we think is set in stone is really just our inability at one point to see around the bend.
Karen Kaplan (LOS ANGELES TIMES) tries to find an optimistic note:
The prevalence of autism spectrum disorder among American children continues to rise, new government data suggest. And that may be a good thing.
Among 11 sites across the U.S. where records of 8-year-olds are scrutinized in detail, 1 in 59 kids was deemed to have ASD in 2014. That's up from 1 in 68 in 2012.
Advertisement
Normally, health officials would prefer to see less of a disease, not more of it. But in this case, the higher number is probably a sign that more children of color who are on the autism spectrum are being recognized as such and getting services to help them, according to a report published Thursday by the Centers for Disease Control and Prevention.


Not seeing a bright note there.  Yes, it is better when we can accurately diagnosis but even with that ‘bright spot’ the fact remains that the increase goes beyond diagnosing improvements if you check the raw data from the CDC.

Thursday, April 26, 2018.  The war continues as does the disinformation campaign.

Vivek, I'm sorry that you're such a dumb piece of s**t who, all these years later, still can't learn a thing.  Clearly, you have some desire to be deceived if, at this late date, you're still repeating these falsehoods.


There was no withdrawal, Vivek.  It was a "drawdown."  Even the US Defense Dept called it that.  A drawdown is not a withdrawal and DoD does understand the difference.

Had you paid attention in real time, you might have caught what was actually taking place.  In the December 12, 2011 snapshot we noted this:

MR. KOPPEL:  I realize you can't go into it in any detail, but I would assume that there is a healthy CIA mission here.  I would assume that JSOC may still be active in this country, the joint special operations.  You've got FBI here. You've got DEA here.  Can, can you give me sort of a, a menu of, of who all falls under your control?


AMB.  JAMES JEFFREY:  You're actually doing pretty well, were I authorized to talk about half of this stuff.


Today on Talk of the Nation (NPR -- link has audio and text), Ted Koppel and host Neal Conan discussed the Iraq War and what's being billed as a US withdrawal.  Excerpt.
CONAN: Though the president cheers his accomplishment, you say not so fast.


KOPPEL: I do say not so fast, and I think he knows better. But he's right, he did make the campaign promise to get all the troops out, and all the troops will be out, save 157 who will be guarding the embassy, and a few hundred U.S. military trainers. But as you pointed out, 16 to 17 thousand others will be remaining behind, and the extraordinary thing, Neal, is we're hearing echoes now of what we heard nine years ago. You know, we can't have that smoking gun be a mushroom cloud. No one is actually using that particular formulation anymore, but the fear of nuclear weapons. The danger of a nation that is supporting terrorism. Oil, which was the great unspoken issue in 2002 and 2003, very much a part of this. The difference, of course, now is that the target is Iran, not Iraq. But the two are very close to one another, and the fact of the matter is that Iran is exercising an enormous influence throughout Iraq. And the oil fields, which have under the surface, they have something - I believe it's the second-largest reserves of any country in the world. That's all very close to Iran, and if Iran were to exercise significant political, let alone military, control in that region, together with their own oil and gas, they would have the capacity to wreak havoc on Western economies.

You missed that, Vivek?  What a great brag for you.  No, US forces did not all leave Iraq.  And the fact that the CIA remained in Iraq tells you even more.  Private contractors remained as well.  The way the US occupies a country was changing before your eyes but you chose not to see.  And now you show up to attack Kanye who, please note, didn't even mention Iraq in the Tweet you 'responded' to.  Vivek is both uninformed and unable to debate.


ISIS may have lost most of its self-declared caliphate, but a new jihadist group is trying to rise from ISIS’ ashes in northern Iraq.
The group, whose name is translated from Arabic as “the White Banner” or “the White Flags,” is an ISIS-offshoot that is located primarily around Kirkuk and Tuz Khurmatu, said Army Col. Ryan Dillon, a spokesman for the U.S.-led coalition fighting ISIS in Iraq and Syria.
“Whether they or not they call themselves a different name, they still have ISIS elements and they are still targets for the coalition and for the Iraqi security forces,” Dillon said during a Tuesday news conference. “I know that the Iraqi security forces recognize this group and have aggressively pursued them.”

CensoredByPropOrNot‏ @PropOrNotApp 7h7 hours ago
Kurd Election Official Assassinated; 10 Killed in Iraq At least 10 people were killed, and nine were wounded in other violence: In Erbil, four gunmen attacked and assassinated Fars Mohammed, the general-director of administration for the electoral comm... therussophile.org/kurd-election-… pic.twitter.com/CFm2pGwBUD

KRG-USA‏Verified account @KRG_USA 50m50 minutes ago
.@Kurdistan delegation to Washington of #FuadHussein, @FalahMustafa, @BayanRahman met with @StateDept DAS for Iran and Iraq @AndrewLPeek to discuss outlook for Iraqi elections and developments in the region 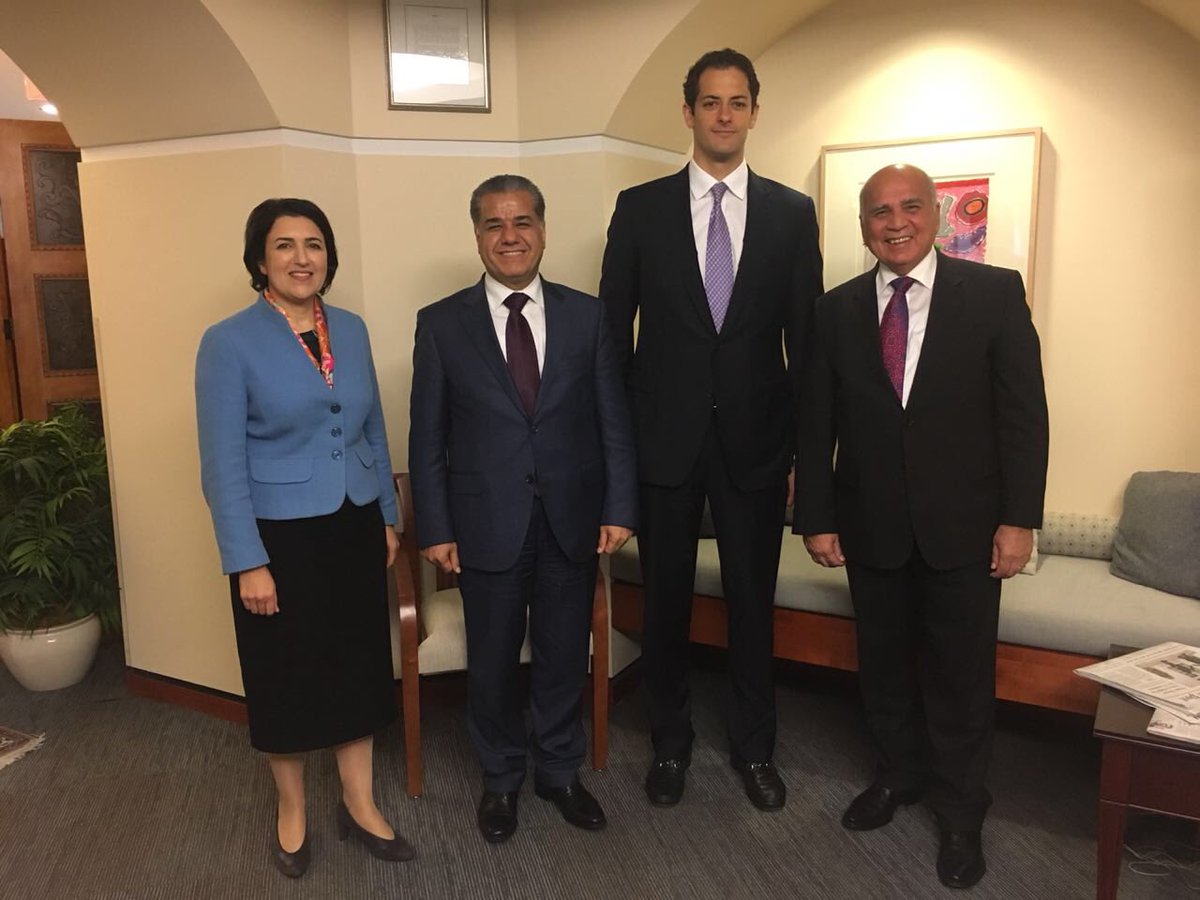 May 12th, elections are supposed to take place in Iraq.  Ali Jawad (ANADOLU AGENCY) notes, "A total of 24 million Iraqis are eligible to cast their ballots to elect members of parliament, who will in turn elect the Iraqi president and prime minister."  RUDAW adds, "Around 7,000 candidates have registered to stand in the May 12 poll, with 329 parliamentary seats up for grabs."  AFP explains that the nearly 7,000 candidates includes 2014 women.   RUDAW also notes that 60 Christian candidates are competing for the five allotted minority seats.  The chief issues?  Mustapha Karkouti (GULF NEWS) identifies them as follows, "Like in previous elections, the main concerns of ordinary Iraqis continue to be the lack of security and the rampant corruption."

As noted in the April 3rd snapshot, pollster Dr. Munqith Dagher has utilized data on likely voters and predicts that Hayder al-Abadi's Al-Nasr will win 72 seats in the Parliament, al-Fath (the militias) will get 37 seats, Sa'eroon (Moqtada al-Sadr's new grouping) will get 27 seats, Nouri al-Maliki's State of Law will get 19 seats, al-Salam will get 18 seats (KDP and PUK parties for the Kurds), Ayad Allawi's Wataniya will get 15 seats. There are others but Dagher did not predict double digits for any of the other seats. The number are similar for the group of those who are extremely likely to vote (Hayder's seats would jump from 72 to 79 seats).  Other predictions?  The Middle East Insstitute's Fanar Haddad insists to Sammy Ketz (AFP) that the post of prime minister will come down to one of three people: Hayder al-Abadi (current prime minister), Nouri al-Maliki (two time prime minister and forever thug) or Hadi al-Ameria "a leader of Hashed al-Shaabi, a paramilitary network that played a pivotal role in defeating IS. Ameri comes from Diyala province and is a statistics graduate from Baghdad University. He fled to Iran in 1980 after Saddam executed top Shiite cleric Ayatollah Mohammed Baqr al-Sadr. The 64-year old is widely viewed as Tehran's favoured candidate."

One of the new elements this election cycle has been the efforts to smear female candidates.  This week,  Seth J. Frantzman (JERUSALEM POST) reported:
IRAQ’S 2005 constitution reserves a quarter of the seats in parliament for women, but in practice, women hold only about 17%. In this election women candidates, who feature prominently on many electoral posters, have been targeted by misogynistic attacks. A purported sex video circulated online ended the candidacy of Prof. Intidhar Ahmed Jassim, a member of Abadi’s party. Another video of Dr. Heshu Rebwar Ali, a KDP candidate, was circulated allegedly showing her in a short dress.


In another bizarre episode, two tribes in Najaf came into conflict after a video showed a 20-year old male from one tribe kissing the campaign poster of a female candidate from the other. In the end, $84,000 was paid to satisfy the “honor” of the woman’s tribe. The instances of targeting women illustrates the use of salacious rumors to harm candidates and tends to target successful women, reducing their chances of running and of other women’s willingness to do so.

And, last Friday, we noted:

The Victory (Nasr) Coalition of Haider al-Abadi has withdrawn the candidacy of one of its members after an alleged sex tape of her was circulated online. The candidate said the video is a fake and a plot against her, but has submitted her resignation.

“Every faction and coalition reserves the right to revoke the [membership] of any candidate who does not meet the laws and conditions. This female candidate has worked contrary to the laws of the Nasr Coalition,” Hussein al-A’dily, spokesperson for the list told Rudaw.

The candidate, Intidhar Ahmed Jassim, is a professor of economy and administration at al-Muntansaryah University in Baghdad and has a PhD in the same field. She is married and has three children.

She said the video shared online allegedly showing her having sex with another man is a fake.

“Some fake pages, supported by some parties, talked about a fabricated and photo-shopped video to ruin my reputation. I don’t ever fall. Iraq progresses forward,” she posted on Facebook.

She reminded her followers that she has served Iraq as a professor for a long time and has held other positions as well.


In response to these attacks and smears, one government issued a statement.

Canada in Iraq‏Verified account @CanadainIraq 1h1 hour ago
The Embassy of Canada condemns the public defamation campaigns that have been specifically targeting women candidates in the parliamentary elections, Please check the link: facebook.com/CanadainIraq/p… 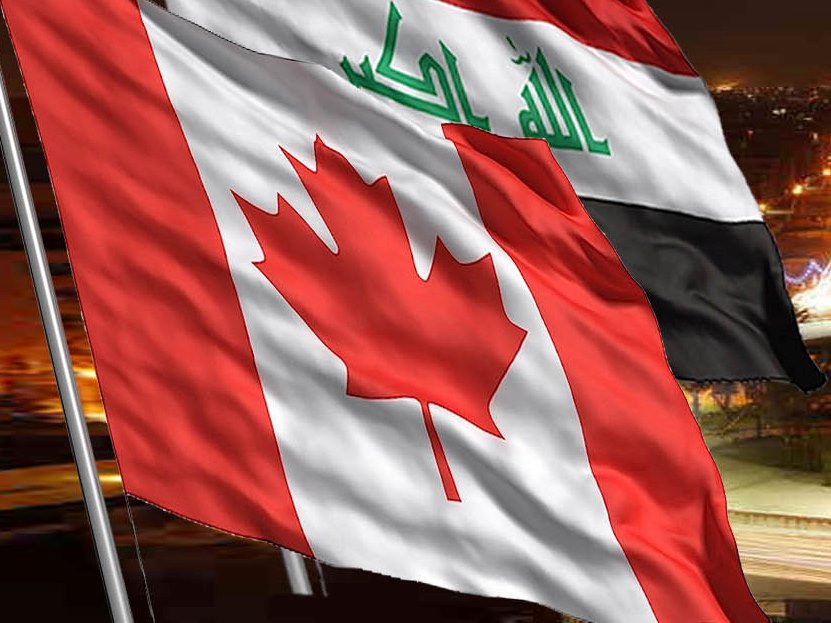