Oh, my heavens.  Look below.

INTEGRITY‏ @INTEGRI65388177 4h4 hours ago
@TheView @MeghanMcCain you want Julian Assange to Rotten in hell, should your Dad rotten in hell for the things he did and voted for and you know they allllllllllll wasnt good. Think about that... 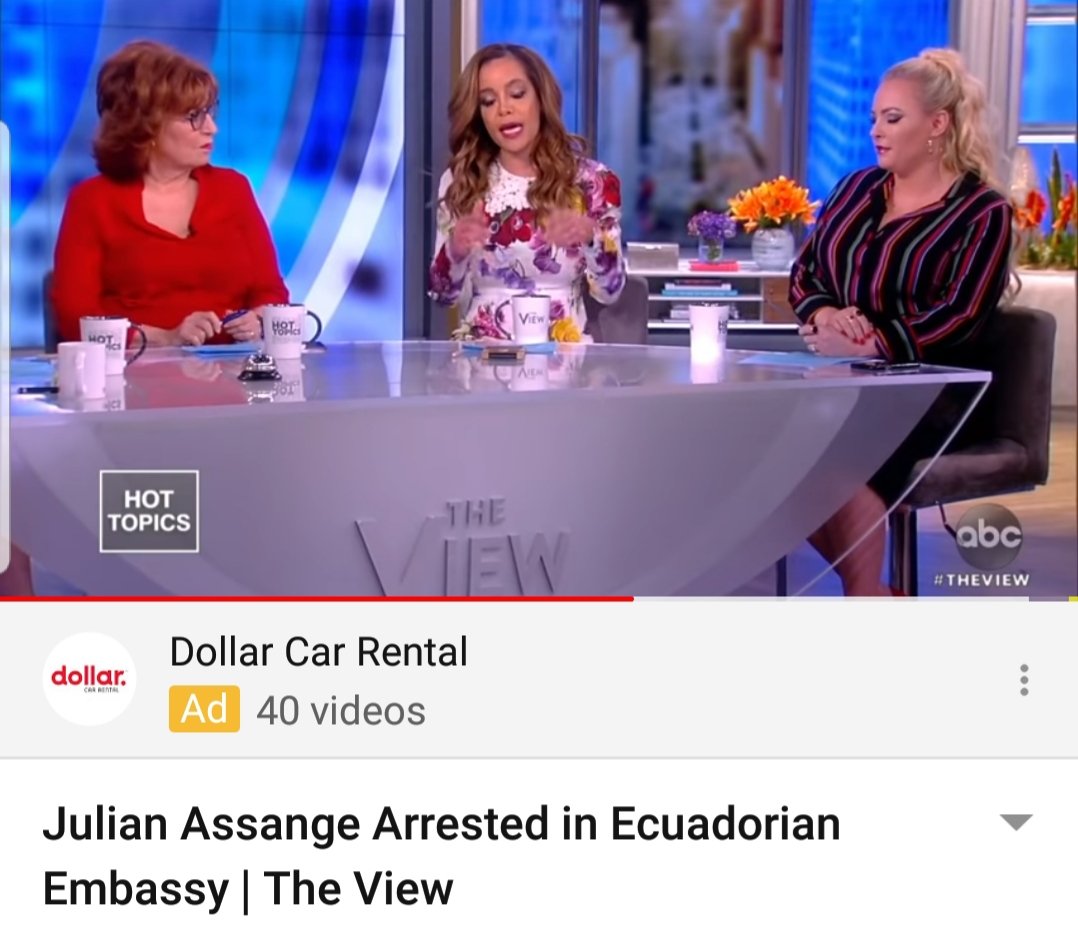 
It now takes two VIEW co-hosts to make up one Weight Gain McCain.  She is huge.  I would say she's eating her feelings and for the last months the only emotion she seems capable of is rage.


She spent so much time, remember, rebelling publicly against Daddy.  Then Daddy got cancer and it was rally round Daddy.  She's still in that and still embarrassed and humiliated by her previous activities.

So she bellows and hollers -- thinking that if she gets loud enough, Daddy might here her from the grave?

Poor Weight Gain McCain (Ava and C.I. came up with that, to give credit).

Sarah Abdallah‏ @sahouraxo 9h9 hours ago
Sarah Abdallah Retweeted The Hill
You must have Julian Assange mixed up with your father, Meghan. The section of hell where the war criminals are is John McCain’s current (and permanent) residence. 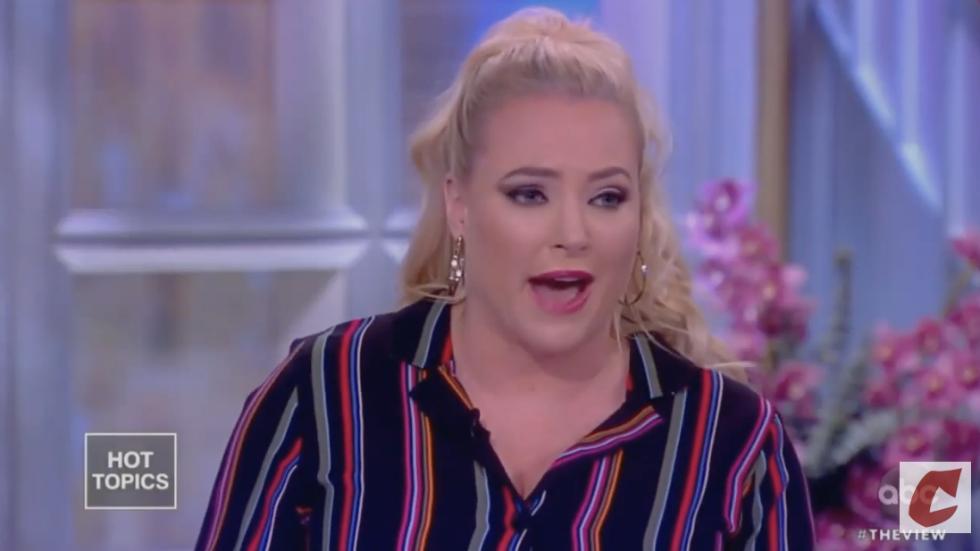 sarah david‏ @Sarah_home Apr 11
Shut up Meghan- YOUR daddy went to England to get the fake papers used to get the warrants for crimes that were never committed….. and does anyone remember the Keating 5..... shut up. http://a.msn.com/0A/en-us/BBVQChz?ocid=sf …
2 replies0 retweets2 likes

Friday, April 12, 2019.  Lie about Iraq and get promoted or hired (Kevin Drum got hired by MOTHER JONES), tell the truth and get arrested like Julian Assange.


Yesterday, the founder and publisher of WIKILEAKS, Julian Assange, was arrested in London.  Why?

That's a multi-answer.  Some have cried "treason!"  Julian Assange is an Australian citizen, as such he cannot commit treason against the United States.  He is a publisher and the news he publishes makes the powerful uncomfortable.


For the US government, the first extreme bit of discomfort came on Monday April 5, 2010, when WIKILEAKS released  military video of a July 12, 2007 assault in Iraq. 12 people were killed in the assault including two REUTERS journalists Namie Noor-Eldeen and Saeed Chmagh.  Not only was the US government responsible for that attack, they were responsible for the lies and the coverup that followed.  When WIKILEAKS published the video, the truth was known.

“He is our property.” Those celebratory words of Sen. Joe Manchin (D, W.V.) came on CNN soon after the news of the arrest of WikiLeaks founder Julian Assange at the Ecuadorian embassy in London. It was a sentiment shared by virtually everyone in Washington from Congress to the intelligence services. Assange committed the unpardonable sins of embarrassing the establishment — from members of Congress to intelligence officials to the media. And he will now be punished for our sins. Despite having significant constitutional arguments to be made, it is likely that he will be stripped of those defenses and even barred from raising the overall context of his actions in federal court. What could be the most important free speech and free press case in our history could well be reduced to the scope and substance of an unauthorized computer access case.


Moreover, he was doing something that is usually heralded in the media. He disclosed a massive and arguably unconstitutional surveillance program by the United States impacting virtually every citizen. He later published emails that showed that the Democratic National Committee and the campaign of Hillary Clinton lied in various statements to the public, including the rigging of the primary for her nomination. No one has argued that any of these emails were false. They were embarrassing. Of course, there is not crime of embarrassing the establishment but that is merely a technicality.

For its part, the establishment media, which functions as an arm of the state, has jumped in to support the attack on Assange.
On Thursday evening, the editorial boards of the New York Times and the Washington Post issued statements supporting Assange’s extradition. “The government charged Julian Assange, founder of WikiLeaks, not with publishing classified government information, but with stealing it,” declared the New York Times, adding, “The administration has begun well by charging Mr. Assange with an indisputable crime.”
The Washington Post was even more open in its support of the Trump administration’s campaign against Assange, declaring “Mr. Assange’s case could conclude as a victory for the rule of law, not the defeat for civil liberties of which his defenders mistakenly warn.”
“Mr. Assange is not a free-press hero,” declares the Post. “Unlike real journalists, WikiLeaks dumped material into the public domain.” By the Post’s definition, the only “real journalists” are those that self-censor at the behest of the Pentagon.

These newspapers, which once published the Pentagon Papers, are nothing but apologists for US imperialism. One can only imagine the howls of outrage that would issue from the media if it was the Russian government that had carried out the forcible seizure and arrest of a journalist and critic of its foreign policy!

US House Rep Tulsi Gabbard, who is seeking the Democratic Party's presidential nomination, Tweeted the following:


Assange Arrest: The message is clear. To journalists and all Americans, if you try to take away our power, you will pay a high price.
1:17
4,082 views
Assange Arrest: Toe the Line or Go to Jail
49 replies206 retweets477 likes

Tulsi Gabbard‏Verified account @TulsiGabbard 13h13 hours ago
The purpose of arresting #JulianAssange is to send a message to the people, especially journalists, to be quiet and don’t get out of line. If we, the people, allow the government to control us through fear, we are no longer free, we are no longer America.
Wikileaks/Assange. Be quiet or else.
1,231 replies6,090 retweets13,909 likes

Tulsi Gabbard‏Verified account @TulsiGabbard 15h15 hours ago
The arrest of #JulianAssange is meant to send a message to all Americans and journalists: be quiet, behave, toe the line. Or you will pay the price.
8,144 replies13,960 retweets36,872 likes


In their daily brief this morning, Human Rights Watch notes:


The extradition of Julian Assange from the United Kingdom to the United States for alleged computer-related crimes could have dangerous implications for journalists in the digital age.


I'm not at all surprised by this.


If anyone in the US government is, that goes to their own stupidity.

This was not a smart move.

In the early stages of the war following the 2003 US-led invasion of Iraq, Condi Rice couldn't shut her damn mouth about Moqtada al-Sadr.  He was really nothing at the time.  Her constant attacks -- and she always verbally attacked him when he was becoming inconsequential -- built him up.  It gave him the spotlight he needed, it gave him the US government as his attacker for the world to see.  It helped build Moqtada into the leader that he is today.

People never understand, they never grasp it.  Let's move to music for a second.  Stevie Nicks has one of the most devoted fan bases there is.  And the reason for that is not just her talent (though her talent is immense), the reason also includes the non-stop attacks on her by music critics in the seventies who didn't like women (that's male critics as well as females desperate to fit in) and mocked her and slammed her -- ROLLING STONE was one of the worst offenders.  Those attacks had a response -- Stevie's base saw the attacks, knew they were unfair attacks and they were bonded closer with Stevie against the attackers.

Julian Assange stands for something and the US government is attacking that: freedom of information, freedom of speech, the right to consent in a democracy.  This was a stupid move.  A lot of people have been angered.  There will be fall out.

I would worry most immediately, if I were the US government, about people with access to information because they work for the US or some government with access.  This goes to who they are and what they are.  Are they deceptn people?  That's what they'll struggle with.  You're inviting a lot more disclosures by persecuting Julian Assange.

Then there are the groups like Anonymous who have already posted their intent.

Noam Chomsky‏ @noamchomskyT 20m20 minutes ago
Every time we witness an injustice and do not act, we train our character to be passive in its presence and thereby eventually lose all ability to defend ourselves and those we love. #JulianAssange
5 replies102 retweets188 likes


That's a struggle that Noam's pointing out.  An internal struggle and an internal dialogue and I'll be that a lot of people are going to be having it over the coming days.

Julian Assange committed no crime.  He did expose crimes.  And, thing is, he still can.  He's often spoken of an insurance policy -- of unreleased items that could go public.  It would be interesting if they did.

He exposed the truth on Iraq -- where the US government was overseeing the murder of civilians and journalists.

People wrongly say he exposed it to the Iraqis, he didn't.  The Iraqi people knew better than anyone what was happening in their own country -- which is why they have called for all foreign troops out of their country forever and a day now.  What the Iraq War exposures did was expose the truth to the outside world.  There was no more pretense the way there was with the April 8, 2003 US attack on the Palestine Hotel in Baghdad that left two journalists dead -- TELECINCO's Jose Couso and REUTERS Taras Protsyuk.  Former Sgt Adrienne Kinne has revealed that the Palestine Hotel was on a list of US targets before the hotel was shelled.

The US government has never worried about what the Iraqi people think -- which is why they have never fought for 'hearts and minds' in Iraq.  But they do care how the world sees them.


Any person with a SOUL should strongly CONDEMN the detention of #JulianAssange and the VIOLATION of freedom of speech. Stand for this hero persecuted by the US and UK government for bringing to light what THEY wanted to keep from us. SHAME on all of those who let this happen.