They continue to attack Kanye

What do you say but “WTF”?
Don Lemon is not a journalist.  THE WRAP reports:

CNN host Don Lemon took heat on Thursday and Friday after doubling down on his show’s criticism of rapper Kanye West. On Thursday evening, Lemon said West’s Oval Office meeting with President Trump reminded him of a “minstrel show” and brought up West’s dead mother to make his point.
“What I saw was a Minstrel show today,” Lemon said making an unusual appearance on “The Situation Room.” “This was an embarrassment, Kanye’s mother is rolling over in her grave.”
West’s mother, Donda West, died in 2007 after botched cosmetic surgery.
That’s not a journalist.  You do not bring up someone’s family member and say they are rolling over in their grave.  Don Lemon did not know the woman, he can’t speak for her.  That’s factual.
Now for opinion.  This is not an impartial journalist.  This is not a journalist at all.  This is someone who is making himself the story.  His original behavior was outrageous.  Everything that has followed is only worse.


CNN should have fired Don Lemon long ago.  He really is a joke and he’s made himself that.  I want to know what White person that Don Lemon would make these comments about? 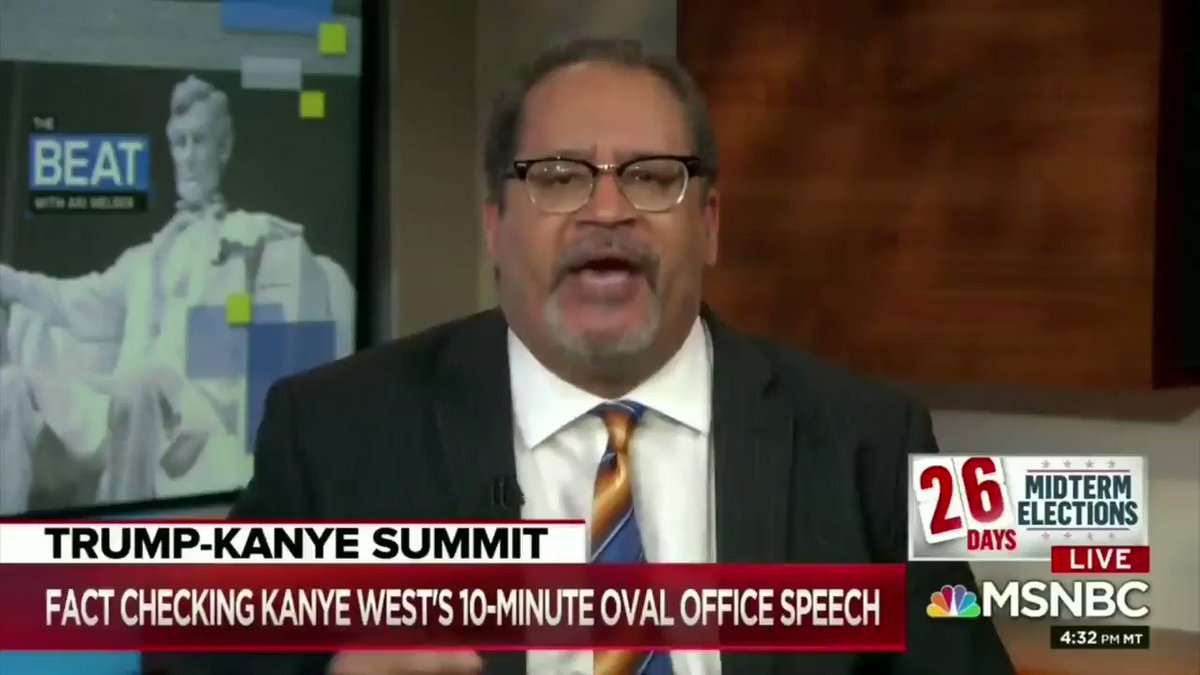 They should all be ashamed.

Starting with a topic we've been covering for a week now . . .

Babylon FM‏ @BabylonFM993 Oct 9
Muhammad Al-mutairi, a 15 year old kid from Iraq was filmed being tortured, and murdered. Because they suspected he was gay. His last words were "I want to see my mother" May his soul Rest In Peace


In Iraq, the LGBTQ community is being targeted yet again.  Ahmad Majed Mutairi was murdered because he was perceived to be part of that community.  His murder is beginning to get some serious press attention.  Sara Al Shurafa (GULF NEWS) reports:


A new shocking video of a brutal murder in Iraq went viral in the past few days around the Arab world: showing a teenage boy lying down on his side, bleeding from his abdomen, and being taunted with homosexual slurs by his killer.
Ahmad Majed Mutairi, 14, known as Hamoudi Mutairi on social media, was brutally killed last weekend because he had “feminine” looks, which made his sexuality under suspicion.

According to some media reports, the teenager was on his way home at night, in Baghdad’s Yarmouk neighborhood, when his assailant attacked him with a knife, inflicting more than 7 stabs to his stomach while documenting all in a video, which later got posted on Facebook.

The victim’s assailants, who stabbed him repeatedly, allegedly for appearing too feminine, according to Kurdistan 24, can be heard asking, “Who is your boyfriend?”
One of the murderers joked about the boy’s “guts” coming out of his body as the teen lay dying.
Social media users called for the condemnation of such heinous hate crimes and urged the international LGBTQ community to act.

“An innocent kid was killed in Iraq just because they suspected he was gay, I think the international community and especially the LGBTQ community should take a stand,” one Twitter user wrote.

The government has yet to comment on the brutal murder and vile video being shared online.
Several exile Iraqis have taken to Twitter to express their outrage over what the perceive as an attack on a young boy because he defied the conservative gender norms of the country.
The murder of Hamoudi al-Mutairi, also named by some news outlets as Mohammed al-Motteri, follows the deaths of four high-profile progressive Iraqis working in social media and the beauty industry in less than a month.


Nick Duffy (PINK NEWS) explains, "It is illegal to be gay in Iraq and gay people face extreme persecution from many of the factions and militant groups that hold power across the country."

🇸🇪 🇮🇶- إيلاف‏ @ElafAli__ Oct 11
I wonder what Iraq is doing since this is the 5th murder in a row targeting people living their life openly on social media? How sick does one have to be to kill an innocent 14yr for acting gay? Are they looking for the suspects? Please someone in Iraq update me! #حمودي_المطيري

In Iraq, there have been waves of increased targeting of the LGBTQ community (and people suspected of belonging to it).  These attacks are a lot like the corpses dumped in streets, when they start showing up, it indicates the violence is on the rise.  It doesn't match with the latest wave of Operation Happy Talk the media offers about a 'safer' Iraq and they tend to ignore these signs as a result.  But in post-US-led-invasion Iraq, that has been the pattern.  What is taking place with the targeting of this community -- and the targeting of women -- is awful and appalling by itself.  But the indicator aspect is equally appalling.

We've been talking about Operation Happy Talk since 2004 here and it's appalling that these waves still continue.  Iraq at its supposed least violent is still violent.  Instead of using a normal baseline to grade it, the press rushes to compare it to the ethnic slaughter of 2006 and 2007.

By any realistic measurement, Iraq is a failed state and violence rules there.  But realistic measures won't keep selling continued occupation.  Fortunately, for the occupiers, the world's press is more than willing to mask what actually happens in Iraq on those rare times they bother to cover it.

Hewitt Newton‏ @HewittNewton 15m15 minutes ago
Replying to @nick_nasti @BillKristol
We now have our largest embassy in the world in Iraq. Larger than Vatican city. Sounds like an occupier? The legacy of Cheney /Bush.
0 replies0 retweets0 likes


Oh, don't be modest.  It wasn't just Bully Boy Bush and his crotch rocket Dick Cheney.  It was Barack Obama and Joe Biden (they are the ones who overturned the 2010 election with The Erbil Agreement giving thug Nouri al-Maliki a second term).  Barack was the one who promised US troops out of Iraq and he left, after two terms as president, with US troops . . . still on the ground in Iraq.


It's all lies and pretense.  That's why Joe Biden can give Bully Boy Bush an award and why Michelle Obama can tell the world that Bully Boy Bush is her BFF.

Considering over a million Iraqi and Afghan deaths since America’s invasions and occupations, this is apposite phrasing:
5 replies23 retweets64 likes

Azm Iftikhar‏ @azmiftikhar123
Replying to @fbhutto
This man is MURDERER of lacs of people in Iraq. Humanity killers are shown as they are Humanity lovers.
4:46 AM - 12 Oct 2018
0 replies0 retweets0 likes


As Rebecca said, "stop normalizing war criminal bully boy bush."  That is what is taking place and those idiots of the so-called 'resistance' may base everything on where someone stands on Trump but that's not the reality for the rest of the world, especially those areas bombed by the US government.  Bully Boy Bush and Barack and, yes, Donald Trump are carrying out wars and too many Americans fails to use their voice to object or even note these continued wars and the way they destroy the lives of so many.  Michelle can be BFFs with Bully Boy Bush because she cheated people out of medical services in her days back in Chicago, yes, but also because she doesn't give a s**t about war.  She never spoke out against it.  Her husband continued the wars.

If you want to stand against violence, there's an action in DC later this month.


This is NOT a pink-pussy-hatted event to only oppose Trump and Get Out the Vote for the treacherous and warmongering Democrats (or Republicans): This is a principled non-partisan march on the bi-partisan US war machine. @WomenMarch4Paz #WomenRise4Peace
1 reply25 retweets22 likes

Women’s March on the Pentagon‏ @WomenMarch4Paz 22h22 hours ago
Join us at the Pentagon on October 21st. Hear from Walter Teague and others as we call for an end to the bipartisan war machine. #WomenRise4Peace marchonpentagon.com/march

Women’s March on the Pentagon‏ @WomenMarch4Paz Oct 10
We did it! 1,001 followers. Thanks for following and for supporting this movement. Head over to our website to get involved if you haven’t already! #WomenRise4Peace
2 replies16 retweets25 likes