Call out the new Joseph McCarthys

They are out there.

Trying to bring back demonization and McCarthyism.

C.I. calls one out in the snapshot but there are so many.

Nina Illingworth ‏@NinaDontPlayMtG  4h4 hours ago
ICYMI I took a shot at @JoyAnnReid & the new #McCarthyism the other day http://www.ninaillingworth.com/2016/09/20/joy-ann-reid-the-return-of-mccarthyism/ … shares & Rts welcome


Joy-Ann Reid is only one example.

She ought to be ashamed of herself.

But her ignorance and hatred is more important to her than the truth.

Wednesday, September 21, 2016.  Chaos and violence continue, Iraq's Finance Minister is voted out of office on corruption charges, Jim Rutenberg tries to relaunch McCarthyism and much more.

We're starting with Jim Ruternberg -- a piece of human filth at THE NEW YORK TIMES.

We know Jim as one of the original Operation Happy Talkers on Iraq and you can search the archive to read up on his sordid past.

We're concerned right now with his more recent damage.  We were speaking on a campus yesterday and during an exchange, a student brought up a piece by Rutenberg where he slams RT and two Americans with shows on RT.

RT is RUSSIA TODAY, a channel you can stream online and it's probably on some satellite and cable systems in the US.  RT is an English language channel similar to AL JAZEERA AMERICA (which is no more).

It's a TV channel.

Nothing more, nothing less.

But to Rutenberg, it's the entire Russian government.

If you've read Rooting, Tooting Rutenberg, you understand why he'd feel that way.

Whether Bully Boy Bush was in the White House or whether it's been Barack Obama, Jim is nothing but a mouthpiece for the US government.

So he assumes everyone's a government whore.

You want to talk McCarthyism, then you start with Rutenberg.

But when you start accusing Americans of this and that, that's how you get McCarthyism.

Rutenberg accuses Larry King and Ed Schultz of being in the arms of Russia because they each now have a show on RT.

I do not like Ed, I've never liked Ed, he's not my style.

He has appealed to many other people over the years.

It's strange to me that when his radio program was backed by Democrats -- financially -- and even Randi Rhodes would talk about that on her AIR AMERICA show and note how that limited him in what he could say, that now the same Ed is seen as a tool of Russia by Jim Rutenberg.

I don't think Ed's a tool of Russia.

He's someone trying to reach an audience and RT has given him a chance.

Again, I don't like Ed so I have no reason to defend him here other than the fact that he's done nothing wrong.

NEWS WITH ED SCHULTZ is the name of his program.

This really upsets me.

It upsets me that aging hags have failed to defend Larry.

Yes, Larry has given me soft ball interviews before.  (Thank you, Larry!)  But he's certainly given a ton to others as well.  Including one to a woman whose father would lament he didn't do more as the Blacklist was building and she would insist that, had she been an adult during those years, she would have taken it on.

She wouldn't have done crap.

Maybe gotten another face lift, maybe given another lifeless performance, maybe had implants put in and lied about it for over a decade and then had them removed and passed the removal off as 'feminism.'  Yeah, we all know who I'm talking about.

And I'm going to hurt his feelings here by offering my honest take: Larry is a gossip columnist.

That's what he was in print, he remained that when he moved to radio and then to TV.

And there's nothing wrong with being that -- but most try to insist that they are journalists.

And he is but just like an opinion columnist is a form of journalist so is a gossip columnist.

His show is LARRY KING NOW.

For years, he had his own show on CNN.

Larry's latest show is not owned by RT.

I've caught it from time to time, before RT, such as when a friend was promoting her book and asked me to watch to see if she made a fool of herself (she didn't, she did a great job and was very funny).

The program's been around for about five years now so, without seeing any contracts, my guess would be RT is now a distributor of the show as of this year.

Larry is a great interviewer.

He makes you feel welcome, he can find a topic to discuss with anyone, and he's not out to destroy or harm anyone he interviews.  His gift is to get you to tell your story.  And that's no minor gift.  Barbara Walters does not have it.  She's done a lot of destroy interviews -- especially when the Reagans were in the White House -- once such destroy interview resulted in a divorce for Barbara because the guest being destroyed brought in millions for her then-husband's company.

Larry has no preconditions -- unlike Barbara.  You talk to one of his screeners for 15 minutes, if that.  And that's if you have time.  When I was promoting one project, he had a cancellation and I was a last minute and I agreed to do it but said I didn't have time for the pre-interview (and I didn't, I was in a hotel room with one news outlet after another coming in every 20 minutes -- even during what was supposed to be a break for lunch).

Larry is gifted and the best at what he does.

CNN never should have pushed him out the door.

Like many who have been pushed, he's exploring other options.

Some go to NETFLIX, for example.  He's having his program -- already available online for years -- distributed by RT.

To call him a stooge of Putin, as Rutenberg did is offensive.

I don't know Ed and he's not my style but to call Ed Schultz a stooge of Putin is offensive.

This is how McCarthyism gets started.

Jim Rutenberg has done a vile thing in attempting to make Ed and Larry punching bags, that is how you start McCarthyism -- re-start.

Those who are silent will be responsible if we re-enter McCarthyism.

As for Jim personally, he's now at the top of my s**t list.  Hope he laughs at that.  Jill did.  Back when she was a big name at the paper.  Now she's a pathetic has-been scribbling love letters to Hillary at THE GUARDIAN. 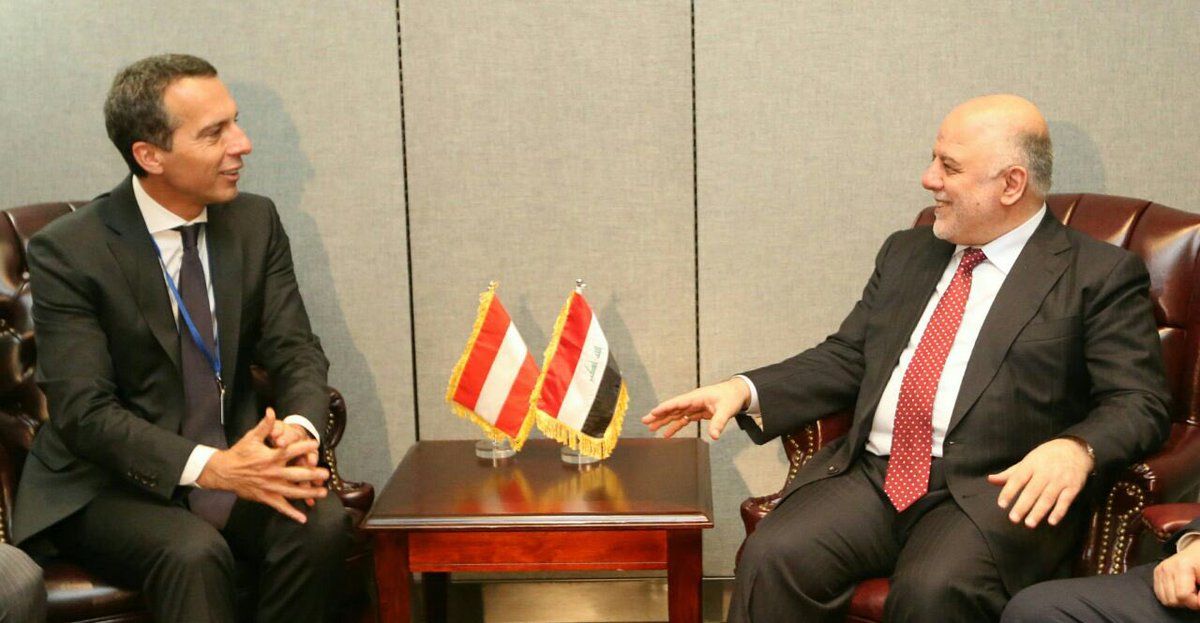 
Haider Tweets that he had a good discussion about Iraqi forces.

Did, in the discussion, a question rise up?

But there's one obvious one. 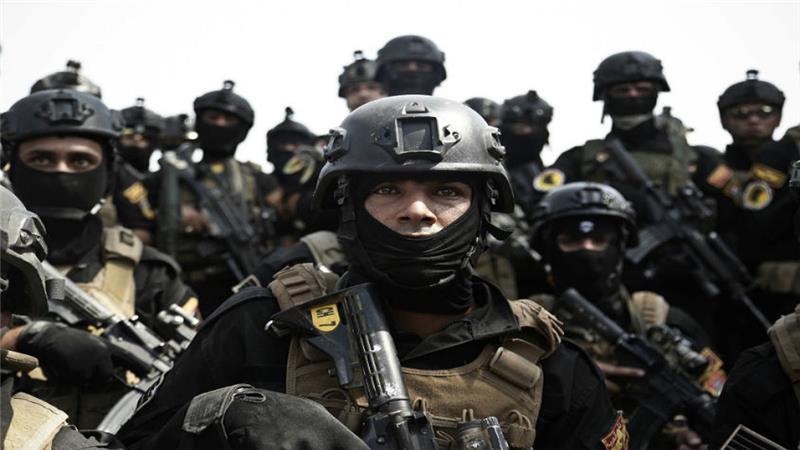 
Why is it that the Kurdish forces include women but the Iraqi security forces do not appear to?

So much for inclusive Iraq under Haider -- a claim he made yet again this week.

He also claimed the Iraqi forces were wonderful and great.


So why did they need all those years of training?

And why do they need all the help today?


The US Defense Dept announced yesterday:


Strikes in Iraq
conducted in Iraq, coordinated with and in support of Iraq’s government:

-- Near Huwayjah, a strike engaged an ISIL tactical unit and destroyed a vehicle.

-- Near Fallujah, a strike engaged an ISIL tactical unit.

-- Near Kisik, a strike engaged an ISIL tactical unit.

-- Near Qayyarah, four strikes engaged two ISIL tactical units and a communications facility and destroyed a vehicle, a heavy weapons system and a checkpoint.

-- Near Rawah, a strike destroyed an ISIL vehicle storage facility.

-- Near Sinjar, a strike engaged an ISIL tactical unit and destroyed a weapons cache and suppressed a mortar position.

-- Near Sultan Abdallah, a strike destroyed an ISIL mortar system and a supply cache.

-- Near Tal Afar, a strike destroyed an ISIL tunnel entrance, a vehicle, a supply cache, a mortar system, a building and nine fighting positions.

It's been going on since August of 2014 and each bomb dropped, apparently, contains a spoonful of democracy and freedom.


Now for the big news out of Iraq.

Remember all the time we spent this month explaining Hoshyar Zebari was in trouble.  He was accused of corruption.  He was denying it.  We must have spent five days on this at least.

And we did that via Arab media because western media didn't give a damn.

In fact, only THE FINANCIAL TIMES OF LONDON filed a story on this topic and they did so after they thought it was safe and Hoshyar had survived.

A Parliamentary vote did not take place because they didn't have enough MPs present to meet a quorum.

Now what they couldn't or wouldn't tell you is known: Hoshyar's out.


AL ARABIYA reports Hoshyar Zebari has been "sacked." REUTERS adds it was a majority vote. 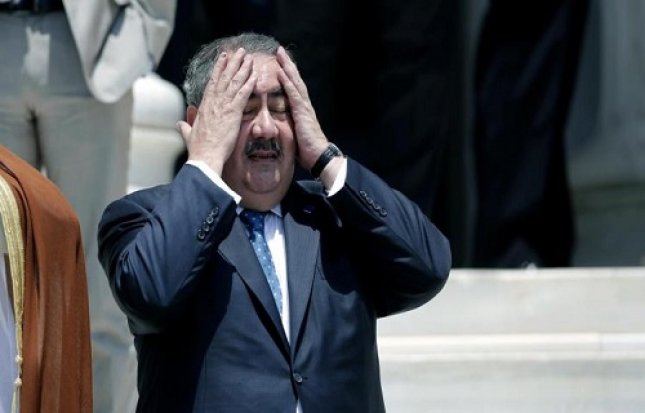 Kamal ChomaniVerified account ‏@KamalChomani  1h1 hour ago
The Q is: will the KDP punish Hoshyar Zebari for his corruption actions or will promote him to another higher position in Erbil or Baghdad?
4 retweets4 likes

But so much left unsaid.

When we were noting this earlier in the month, we noted someone who described Hoshyar as "a colleague and a friend."


Do you remember who that was?


Need a photo to jog your memory?


Yes, the Democratic Party's presidential nominee Hillary Clinton, a woman who knows a thing or two about corruption herself, is pictured above with her dear friend Hoshyar Zebari  -- the man just voted out of office due to corruption.