If you love Diana, you will love this music criticism.

It covers her last Motown studio album diana as well as the RCA albums WHY DO FOOLS FOR LOVE, SILK ELECTRIC, ROSS, SWEPT AWAY, EATEN ALIVE and RED HOT RHYTHM BLUE.

Motown RecordsVerified account ‏@motown  5h5 hours ago
It's the last Friday of #2016...Who's ready to bring in a new year? #MichaelJackson 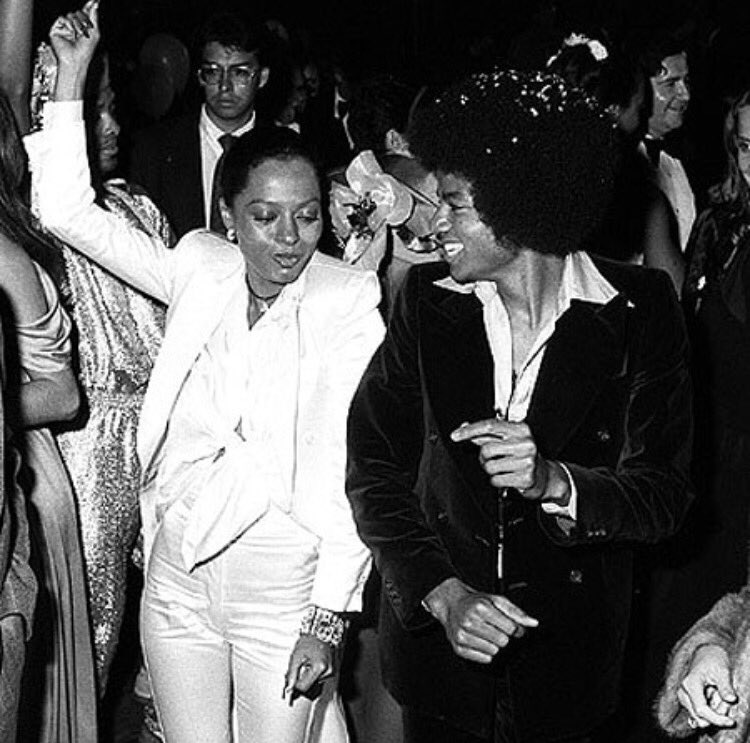 
That's a pretty interesting photo of Diana and Michael.

Diana will also be headlining the upcoming Essence Festival.

All time favorite Diana Ross ballad: "It's My Turn."  I have loved that song forever.

Fast song: "Until We Meet Again" and "The Boss" and "Upside Down" and "Chain Reaction."

Friday, December 30, 2017.  Chaos and violence continue, the US government admits to bombing a hospital in Iraq, kidnapped journalist Afrah Shawqi remains missing, and much more.

As 2017 winds down, and the Iraq War continues, Will Bardenwerper (WASHINGTON POST) reflects:


Who can forget Donald Rumsfeld’s pronouncement — delivered with the unwavering confidence that characterized his leadership — that the Iraq War might last “five days or five weeks or five months, but it certainly isn’t going to last any longer than that”? As it turns out, the current struggle to liberate Mosul — for the third time, this time from a terrorist organization, the Islamic State, that didn’t even exist when Hussein was killed — is now projected to last longer than Rumsfeld assured us the entire war would. Just this week, the first of 1,700 soldiers from the Army’s 82nd Airborne Division hugged their loved ones goodbye before deploying to Iraq. The youngest were 5 years old when the United States launched the invasion to remove Saddam.

One wonders how anyone, most notably the war’s architects, can cling to the view that delivering Hussein to the gallows was worth the trillions of dollars spent, not to mention the 4,500 service members killed, the more than 30,000 wounded, or the hundreds of thousands of violent deaths across the region since his overthrow? That doesn’t even count the millions forced to flee the violence with little more than the clothes on their backs, or the terror threats that are now a routine feature of American and European landscapes. None of the American policymakers responsible for this have been held to account as their British counterparts were in the U.K.’s damning Chilcot Report.

The Islamic State seized Mosul in June of 2014.  74 days later, the Iraqi government finally decided to do something about it.

They're not sure what.

Some call it "liberation" but it didn't look that way in Ramadi or Falluja.

And the only significant development has been the creation of more refugees.

UNICEF Iraq يونيسف ‏@UNICEFiraq  Dec 29
More than 50,000 children have fled their homes in #Mosul since Oct. 17th, including Sidra, Ayat and Mahmoud.  #Iraq


Jason Ditz (ANTIWAR.COM) reports the disturbingly clinical news that in the last two weeks of the operation, Iraqi troops have not been able to get an inch.  Maybe Viagra would help?


Nothing's been done by the US to facilitate reconciliation in Iraq but the US does drop a lot of bombs.

By | Combined Joint Task Force Operation Inherent Resolve | December 30, 2016
SOUTHWEST ASIA- During operations to liberate Mosul on Dec. 29, a Coalition air strike struck a van carrying ISIL fighters observed firing a SPG9/RPG recoilless rifle before loading the weapon in the van and driving off. The van was struck in what was later determined to be a hospital compound parking lot resulting in possible civilian casualties.

CJTF-OIR takes all allegations of civilian casualties seriously and this incident will be fully investigated and the findings released in a timely and transparent manner.

CJTF-OIR releases monthly reports covering our tracking and investigation of allegations of civilian casualties. Coalition forces comply with the Law of Armed Conflict, work diligently to be precise in our airstrikes, and take all feasible precautions during the planning and execution of airstrikes to reduce the risk of harm to civilians.

This is not the first time the US-led group has bombed a hospital.  Dropping back to the December 8th snapshot:


Though rushing to deny US involvement in the strike on the market, no such effort was made when it came to the US-led strike on a hospital.
Spencer Ackerman (GUARDIAN) reports:

The US military has deliberately conducted an airstrike on a hospital in the Iraqi city of Mosul, it said on Wednesday, after saying its Iraqi allies came under fire by Islamic State fighters from the hospital complex.

December 8, 2016 Release #20161208-01 FOR IMMEDIATE RELEASE: SOUTHWEST ASIA — On Dec. 6th, Iraqi Security Forces attempted to seize the Al Salem hospital complex from ISIL fighters in the heart of East Mosul. ISIL was using the hospital as a base of operations and command and control headquarters.  After seizing the area, the ISF fought off several counterattacks and six VBIEDs the following day before retrograding a short distance, under heavy enemy fire, to strengthen their position. On Dec. 7th, after Iraqi forces continued to receive heavy and sustained machine gun and rocket propelled grenade fire from ISIL fighters in a building on the hospital complex, they requested immediate support from the Coalition. In support of the Iraqi Security Forces, Coalition aircraft conducted a precision strike on the location to target enemy fighters firing on Iraqi forces. The Coalition complies with the Law of Armed Conflict and takes all feasible precautions during the planning and execution of airstrikes to reduce the risk of harm to non-combatants. We will continue to strike ISIL military targets in support of our partners in order to defeat ISIL in Iraq.

In a poll released this week, the International Committee of the Red Cross found that 82% of people surveyed in 16 countries considered it wrong to attack “hospitals, ambulances and health-care workers in order to weaken the enemy”. The proportion of people agreeing drops to 79% when only residents of the US, Russia, China, UK, France and Switzerland are questioned.


Of course it's wrong, it's a War Crime, legally defined as such.


The Mousl operation has been little more than a license to kill Sunni civilians.


[T]he coalition has already admitted to killing at least 173 civilians in its strikes in Iraq and Syria since the start of its campaign against the IS group, a number independent observers believe is greatly understated.
The London-based NGO Airwars estimates the coalition campaign has actually killed more than 2,000 civilians.

But keep on bombing, Barack Obama, Bombing Barry, it's worked out so well, right?

Barack's all consuming desire to bomb has obliterated any chance that the US government could offer real diplomatic assistance to Iraq on the long festering issues -- issue that remain to this day.

Representatives from the biggest Sunni bloc in Iraq's parliament, the National Forces Alliance, recently met Amar al-Hakim, who heads the ruling Iraqi National Alliance, an umbrella group of Shia parties. The meeting came after the National Forces Alliance rejected a reconciliation plan prepared by Hakim and instead proposed its own vision for governing a post-ISIL Iraq, aiming to remedy the chronic political and sectarian fighting that has plagued the country since the 2003 US-led invasion.

Details of the competing plans were still being worked out, and have not been made public. As the battle for Mosul drags on, Sunni and Shia leaders have not ironed out a timeframe for reaching an agreement.

According to Mohammed al-Karbouli, a member of the National Forces Alliance who has been involved in the discussions, his bloc had agreed to "write and propose a paper with a vision on how to govern the Iraqi state, especially in crucial areas such as the de-Baathification law [which bans members of Saddam Hussein's ruling party from serving in government], the amnesty law and the federal regions". Karbouli was referring to a long-standing Sunni demand for the release of Sunnis held under the country's notorious "anti-terrorism" law, which they believe targets them unfairly, and for an equitable power-sharing agreement.


Speaking to Arabi 21, the Sunni MP [Matshar al-Samarrai] said he asked the NIA to “launch initiatives that will build hope among political factions. These initiatives should include the return of displaced persons to their cities, restoration of land to residents once it is taken back from Islamic State forces and release of those innocently imprisoned, as everyone admits that there are innocent people being held in prison.”
Experts were sceptical the announcement would come to much, however.
Tallha Abdulrazaq, an Iraqi security and counterterrorism expert at the University of Exeter, said he would not be surprised if the “preliminary agreement follows the same path of 'one step forward and 10 steps back'."

The US State Dept can't assist with that.  Or do much of anything these days.


France was shocked and concerned to learn of the kidnapping of the journalist Afrah Shawqi on December 27 in Baghdad.

We assure the Iraqi authorities of our support for the investigation demanded by Iraqi Prime Minister Haider al-Abadi, and express our hope that Ms. Shawqi will be released in the very near future.

France applauds the courage of Ms. Shawqi, who has notably worked to defend women’s rights and is renowned and appreciated in Iraq and beyond. She has also been active in exposing atrocities committed by armed groups.

We reiterate our commitment to the freedom of the press and freedom of expression throughout the world. Iraqi journalists have paid a heavy toll in the defense of that freedom, as noted in the report published today by the Iraqi professional group: 455 journalists have been killed since 2003, including 20 in 2016 alone.

The US State Dept?
Silent on the kidnapping.
Not that they aren't working.
They issued a statement that amounted to no more than a war of words.  With?  Theresa May.
But they've ignored Afrah.
She's not being ignored elsewhere.

Prime Minister Hayder al-Abadi should be allocating resources on this.  They have descriptions, it should not be at all hard to track the kidnappers down.

But no such effort appears to be taking place.

And while foreign reporters -- Jill Carroll, for example -- were released or found alive long after they were kidnapped, Iraqi reporters tend to be killed shortly after they're kidnapped.

This is a very time sensitive issue.

Hayder's inability or refusal to deploy necessary resources to finding Afrah would be a strong indictment of his government.