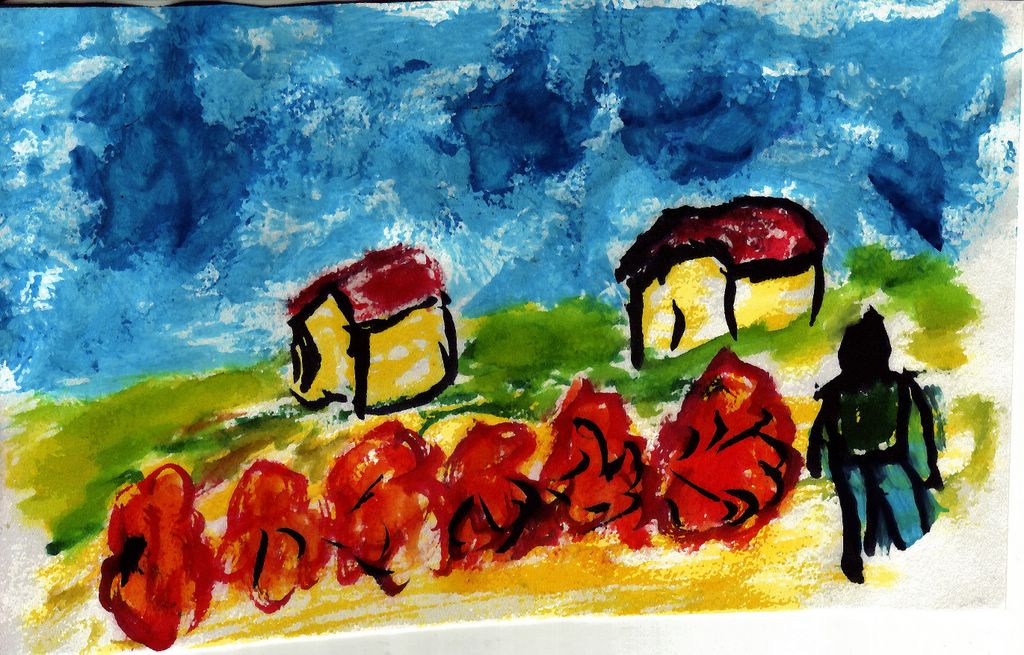 The illustration to the left is from "Editorial: What does it say?" (The Third Estate Sunday Review and Dona, Ty, Jess and Jim did it). C.I. had mentioned it when I phoned last night (I help with the editions, but over the phone and I hadn't seen it when I called last night). When I saw it, I thought, "That really is pretty nice." I also realized how I should put some visuals up here from time to time. I'm sure I'll forget to do so but, this week, I'm going to try to include some each post. I'll be using Isaiah's comics for the rest of the week (which I really enjoy). I'm going to keep them small (click on them to make them larger) because my site already loads slow. (I believe it loads slower than any other site in the community.)

I'll talk about the illustrations at The Third Estate Sunday Review for a little bit. Photos end up going in the round-robin. That wasn't the plan originally but that's how it's worked out. But their readers really prefer the illustrations to photos so it's worked out well. Rebecca photo shops the illustrations (she says she didn't do anything with this one) and it's all part of the do-it-yourself feel. When Darrell Anderson was due to return, we wanted something for that and the decision was made to make our own. (That week, if I'm remembering right, we all worked on them because we were all together -- in DC -- but if we're not together, it's the gang in California doing the illustrations.) Besides being DIY, I think it adds something to the look of their site and also adds something to their articles.

They work in oil paints, charcoal, water colors, temper paints and I have no idea what else. They're not trying for "art," just the DIY spirit and, I know from when I worked with them on illustrations in DC, it's very relaxing and one of the few relaxing points. Someone starts something and it gets passed on down with everyone adding a detail. It's a group process and, during that, it's a chance to talk about something other than the text. So it's probably the most relaxed period of the week. Ava and C.I. didn't work on illustrations this week.

There were the usual problems and Jim asked them to expand on something they were planning to write about into a second piece so they ended up writing both "TV Review: Try to ignore the Shark in the room" and "About the TV reviews." Adding to the problems were that a number of us weren't able to participate Saturday night and the gang in California was exhausted.

By the way, I mentioned a feature last week. It's up and entitled "War Hawks Anonymous (Parody)." This is the one that I suggested to Jim he get Ava and C.I. away from everyone, encourage them to riff, and take notes. From their jokes, we created this piece.


That's going to be it for me tonight. I've got some work I brought home and I wanted to knock that out. Please visit Mikey Likes It! for Mike's thoughts and he's trying to get the word out on Informed Dissent (which is in the snapshot below). Also Betty's latest chapter is "The Queen Bee Gets Stung" and Trina's latest recipes are "Halloween in the Kitchen."

Teresa Watanabe (Los Angeles Times) reports Bob Watada explaining that his son "heard the father of an injured soldier lament on a radio show: 'Why can't anyone stand up and stop all of this?'" and decided he had to stand up.
More information on Ehren Watada can be found at ThankYouLt.org and more information on him and other war resisters can be found at Courage to Resist.