The corruption from that family never ends.

Monday, June 10, 2019.  We look at Kamala Harris' campaign 'strategy' and New Zealand announces it will be pulling its troops out of Iraq.

And then there were 23.  A little over 17 months until the general election and already the Democratic Party appears to have an elimination in the candidates seeking the presidential nomination.  She has not formally declared it -- and might not even be aware what she herself has done -- but barring a historical reversal of trends and norms, she's effectively dropped out of the race.

Yes, it's a she.  One of the six candidates running for the Democratic Party's presidential nomination, Senator Kamala Harris, has surrendered Iowa.

It's rare that someone can do poorly in Iowa -- "poorly" being come in after 5th place -- and go on to garner the nomination.  1992 would be the closest to someone actually surrendering Iowa.

But that was a race with Tom Harkin in it, the son of Iowa.  Harkin would go on to garner over 76% of the support in Iowa.  Bill's strategy -- abandoning Iowa -- depended upon the results in New Hampshire (coming in at least third) and on the upcoming Super Tuesday with the southern states.

Winning Iowa.  With Kamala losing potential endorsements over the weekend from that state due to her scaling back her campaign in Iowa to the bare bones, she really can't count on an Iowa victory.

Another thing that helped Barack?  African-Americans in the south could relate to him.  He had a father who was Black, from Africa, and he had a mother who was White from the US.  Black and White couplings are not uncommon.  Kamala has a Black father (who has been publicly critical of her and her run in the last year) and a mother who came to the US from India.  That's not a coupling that is as common in the south.

If Kamala ever prosecuted (successfully) some White, fat cat, now would be the time to heavily advertise it because being a prosecutor in 2019 means having the default setting of having torn apart minority communities.

Kamala also lacks Bill's charisma -- one of the reasons so many of her races for office have been so close.  Charisma really can't be developed.

The primaries are months away and anything can happen.  But, right now today, Kamala's decision to weaken her Iowa campaign was a foolish one.  Iowa prides itself on being first and being a king maker.  No offense, but what else does it have.  It's non-reflective of the US, it's Anglo White by over 90%.  It's its only little world with a different base and even a different system (caucus) than most have.  They are notoriously touchy in Iowa and Kamala's sleight will not be easy to overcome.

If a prosecutor had a good shot in any state in the US, it would have been in the Majority And Then Some Anglo White Iowa.  And if you're not getting what a negative Kamala being a prosecutor is, both THE NEW YORK TIMES and THE WASHINGTON POST ran stories yesterday on Kamala -- on her "defend"ing her past as a prosecutor.  Kamala was in South Carolina.  Chelsea Janes (WASHINGTON POST) reports:

Before a largely African American audience, Sen. Kamala D. Harris on Saturday defended her legacy as a prosecutor, a major element of the California Democrat’s rise to the U.S. Senate but one that has complicated her presidential candidacy.
Harris said she tried to combat injustice and racial bias. But she dodged some of the more controversial parts of her record. She cited her pioneering reentry initiative for convicts, talked about mothers of gun-violence victims arriving at her office asking only for “Kamala,” and briefly spoke about her controversial policy to address truancy.


She did not talk about the criminal prosecutions of parents that resulted from her truancy policy, nor did she take on the death penalty and other matters on which she has been criticized.

What emerges from THE TIMES and THE POST is a campaign that thinks it can win on the personal if they can only avoid the candidates actual record -- and prosecuting parents whose children skip school is going to be hard sell anywhere.

She can't get too personal though, even when selling her personal narrative.  There's the matter of Doug Emhoff, after all.  It's one thing to be a bi-racial woman who slept with Willie Brown as you appeal to Black voters and try to say, "I really am one of you."  It's another when you're married to  Doug Emhoff.  Despite hailing from Brooklyn, internal surveys find him seen as a White Bubba -- which may have more to do with his girth than any other attribute (he doesn't speak like a southern male).  The campaign put him on the stage over the weekend because, honestly, what else do they have?  But even before the events of this past weekend, polling had demonstrated that Doug hurts Kamala's appeal.

The stunt in San Francisco might have played better if it weren't known to be staged by the campaign.  They put someone on the stage to have Doug 'defend' Kamala.  It was supposed to show Doug as loving and caring -- a campaign's really in trouble when the candidate's relationship with his/her spouse is in question.  One staffer's been whispering to the press that it actually hurt Kamala since she's the candidate and she required Doug to rescue her.  The others who are whispering to the press insist it was a "golden" moment.  They kid themselves.

Happy #BestFriendsDay to my friend, @BarackObama. 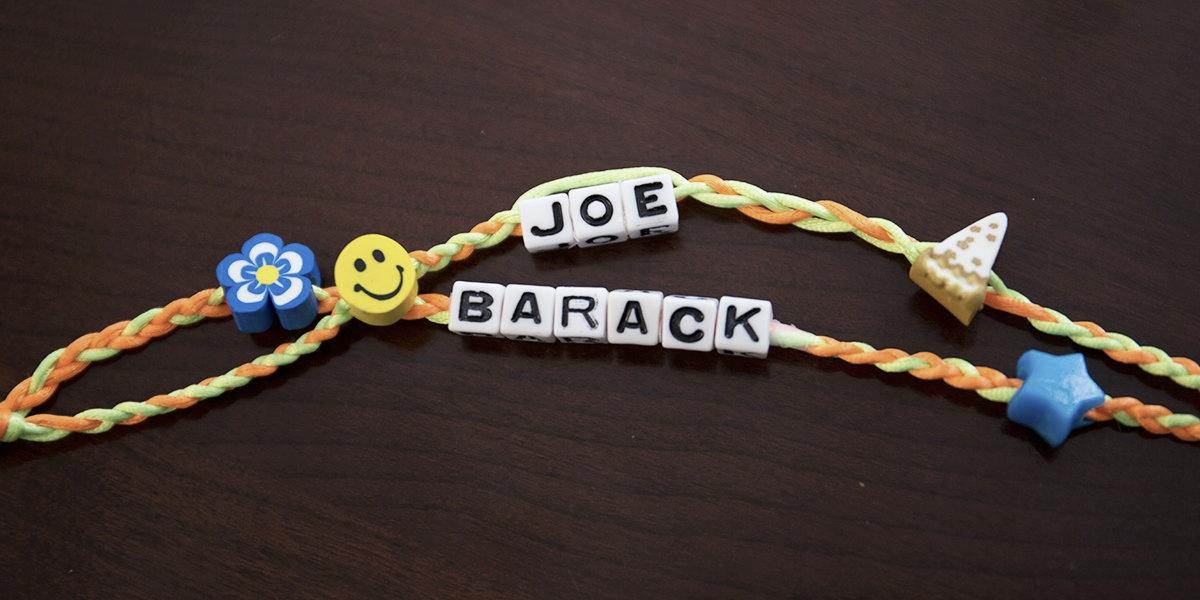 David Axelrod‏Verified account @davidaxelrod
Replying to @JoeBiden @BarackObama
This is a joke, right?
5:53 AM - 9 Jun 2019
And David also Tweeted about his interview with former US Secretary of Defense Robert Gates.

David Axelrod‏Verified account @davidaxelrod Jun 8
Sec. Gates, who clashed with @JoeBiden on Afghanistan: "I stand by the statement that I thought that he'd been wrong about most foreign policy issues for 40 years."#AxeFiles on @CNN
15 replies60 retweets188 likes


And Joe was wrong about Iraq.  Last night came news that New Zealand would be announcing that their troops would be leaving Iraq in 2020.  But it ended up being more than just New Zealand.

New Zealand troops to pull out of Iraq 'alongside of Australia'New Zealand's government has announced it will be withdrawing its troops from Iraq over the next year.


In other news, the Kurdistan Regional Government got a new president this month and he made an announcement today. 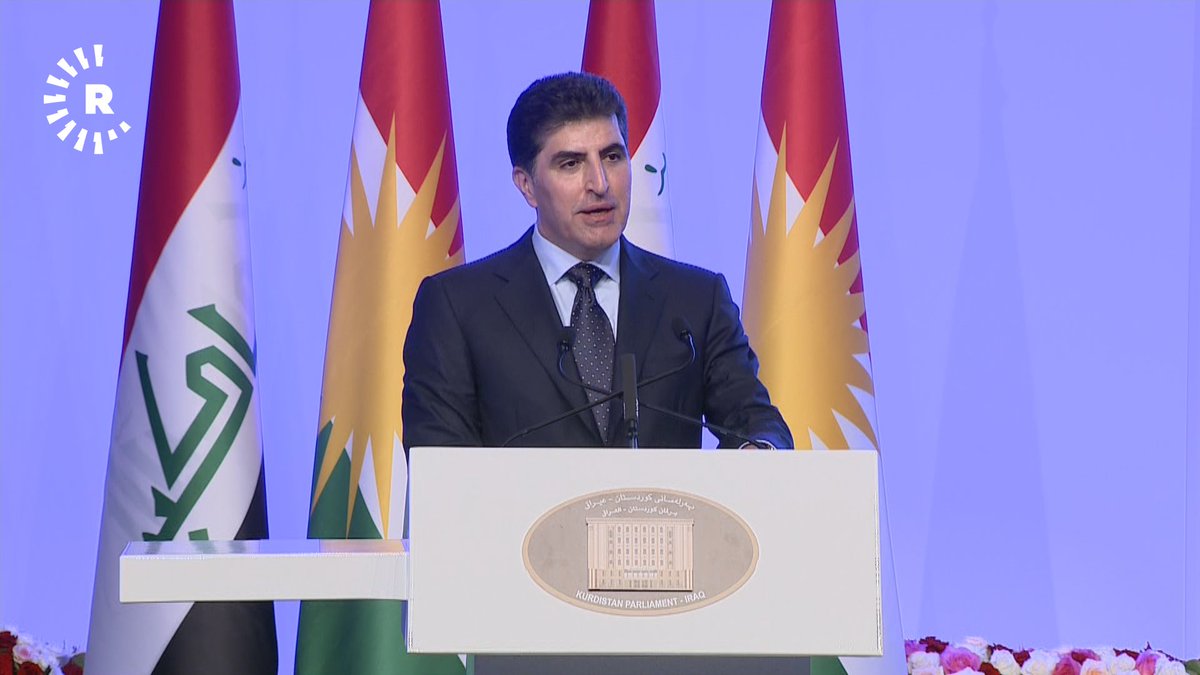 
Whether it will lead to normalization or not remains to be seen.

But what is normal in the Iraqi government?

Apparently, corruption and, apparently, corruption so great that you try to bleed other countries for money.  While France has stood by and done nothing to protect their citizens from the sham trials in Iraq, the Iraqi government has another option they're offering.  KURDISTAN 24 reported last night that the Iraqi government is offering to hand over the French citizens convicted and sentenced to the death penalty provided the French government ponies up some big money ("millions of euros").  Is there a government in Baghdad or just an extortion racket?


We'll wind down by noting this.

Hawzhin Azeez‏ @Dr_HawzhinAzeez
#Erdogan is building a dam over 12,000 year old #Hasankeyf so that Turkey can further erase Kurdish history and culture, while using the dam to impose resource wars on the Kurds in Syria and Iraq. The building of Ilisu Dam is an act of terror and violence.