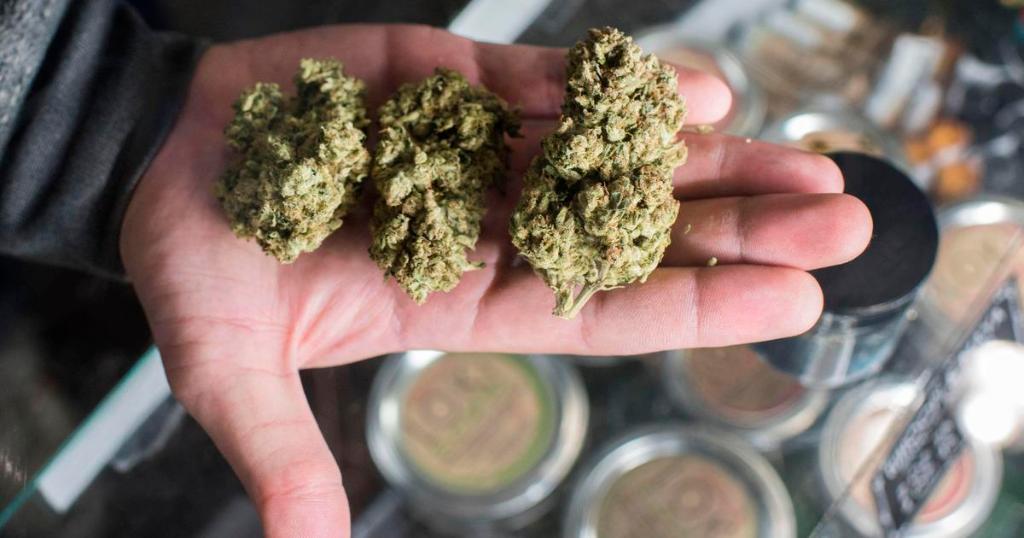 CBS NewsVerified account @CBSNews
Marijuana on the ballot: Which states could join in on legalized pot? #Midterms2018

Why is the government -- a government that pretends to care about helping veterans -- blocking medical marijuana for veterans?

I support IAVA's effort.  I hope you will too.

Tuesday, November 6, 2018.  Iraq still doesn't have a Minister of Defense or a Minister of Interior, let's not pretend that's not a big deal.

Iraq still does not have a full cabinet.  Adel Abdul al-Mahdi was moved from prime minister-designate to prime minister without meeting the sole provision required: Form a government.  That is a full cabinet.  In fairness to al-Mahdi, this provision has been waived for the previous prime ministers as well.  But the reality is that he has sent a message, from the start of his term, that the rules don't apply.  He currently has 14 Cabinet ministers which means eight posts are empty.


TRT: How much longer can they delay choosing these ministers and how detrimental is it for the country?

Douglas A. Ollivant:  Actually, they can delay a long time.  It's important to remember that in Nouri al-Maliki's second term as the prime minister -- in 2010 to 2014 -- he never appointed a minister of defense or interior.  He had acting minister that he installed without parliamentary approval that never had full powers. So this is not a crisis.  They have a government.  There are a couple of ministers that they disagree on -- some are just resume problems as you alluded to, too many ties to the former regime, so they'll make substitutions there.  The real fights are for defense and interior.

Background, Ollivant is considered an 'expert' on Iraq by those who need to bring on non-Iraqis because, heaven forbid, even all this time later, an Iraqi analyst might speak about Iraq.  Ollivant is part of the failed COIN strategy -- counter-intelligence.  It did not win hearts and minds nor, in fact, did it win battlefields.  Paying off Iraqis to stop attacking US installations and American troops was far more effective than COIN ever was.  Dropping back to the April 8, 2008 snapshot:


Today The Petraeus & Crocker Variety Hour took their act on the road.  First stop, the Senate Armed Services Committee.  Gen David Petraeus and US Ambassador Ryan Crocker are supposed to be providing a status report on the Iraq War.  They didn't.  In fact, Petraeus made clear that the status report would come . . . next September.  When the results are this bad, you stall -- which is exactly what Petraeus did.


The most dramatic moment came as committee chair Carl Levin was questioning Petraeus and a man in the gallery began exclaiming "Bring them home!" repeatedly.  (He did so at least 16 times before he was escorted out).  The most hilarious moment was hearing Petraeus explain that it's tough in the school yard and America needs to fork over their lunch money in Iraq to avoid getting beat up.  In his opening remarks, Petraues explained of the "Awakening" Council (aka "Sons of Iraq," et al) that it was a good thing "there are now over 91,000 Sons of Iraq -- Shia as well as Sunni -- under contract to help Coalition and Iraqi Forces protect their neighborhoods and secure infrastructure and roads.  These volunteers have contributed significantly in various areas, and the savings in vehicles not lost because of reduced violence -- not to mention the priceless lives saved -- have far outweighed the cost of their monthly contracts."  Again, the US must fork over their lunch money, apparently, to avoid being beat up.


How much lunch money is the US forking over?  Members of the "Awakening" Council are paid, by the US, a minimum of $300 a month (US dollars).  By Petraeus' figures that mean the US is paying $27,300,000 a month.  $27 million a month is going to the "Awakening" Councils who, Petraeus brags, have led to "savings in vehicles not lost".  Again, in this morning's hearings, the top commander in Iraq explained that the US strategy is forking over the lunch money to school yard bullies.  What a proud  moment for the country.


Now back to David.

Douglas A. Ollivant:  Actually, they can delay a long time.  It's important to remember that in Nouri al-Maliki's second term as the prime minister -- in 2010 to 2014 -- he never appointed a minister of defense or interior.  He had acting minister that he installed without parliamentary approval that never had full powers. So this is not a crisis.  They have a government.  There are a couple of ministers that they disagree on -- some are just resume problems as you alluded to, too many ties to the former regime, so they'll make substitutions there.  The real fights are for defense and interior.


First off, I'm so glad to hear Dougie say what he said regarding Nouri's second term.  Because in real time, we were the only ones saying it.  We stood alone in pointing out that the Constitution did nto recognize 'acting ministers' and that anyone Nouri put in place without Parliament was not in place because they had no real power and Nouri could replace them on a whim.  (Ministers are confirmed by Parliament.  Once confirmed, they either resign or Parliament votes them out.  They cannot be 'fired' by Nouri.)  This was a big deal and we documented why in real time.

Doug didn't tell the truth then so it's no surprise he's bungling it again.

Why does this matter?

Why did we spend so much time on this topic throughout Nouri's second term.

We said Iraq was falling apart because it was.  You cannot persecute the people and expect no push back.  ISIS took hold in Nouri's second term because of his paranoia which led to constantly persecuting the people and because he had secret prisons and torture chambers.

If Iraq truly had a Minister of Defense and a Minister of Interior at that time, there would have been two other voices offering input and shaping policy.  Instead, the only voices were the ones in Nouri's head.

Iraq's back to that period.  al-Mahdi can't seem to nominate a Minister of Defense or Interior.  And how are things going in the country?

Is this really a time to leave the posts of Minister of Defense and Minister of Interior empty?

Meanwhile Iraq's security ministries remain without leadership. The Ministry of the Interior, the Ministy of National Security and the Ministry of Defense should have had a minister named to each back in December. Nouri failed to do so. He has continued to fail at that basic -- and Constitutionally mandated -- task. Aswat al-Iraq reports on what may be an attempt to force Nouri's hand. Tareq al-Hashemi is Iraq's Sunni vice president. He is also a member of Iraqiya. And he is stating that if Iraqiya pushes him for Minister of Defense, he will accept the post. State of Law's Sami al-Askary is in a panic:


As regards to the position of Prime Minister, Nouri al-Maliki and his State of Law Coalition towards the said topic, Askary said that “through previous experiences, it is difficult to reach an understanding between Maliki and Hashimy for clear reasons,” adding: “I don’t think that this process would succeed.”
“The motive behind Hashimy’s nomination for the Defense Minister’s post is to put Prime Minister, Nouri al-Maliki, in an embarrassing position.” Askary stated.


The fact that it's a constitutionally mandated duty should force al-Mahdi to act quickly.  If that's not enough for him, he might want to remember how Nouri as prime minister, Minister of Defense and Minister of Interior worked out: Mosul was seized by ISIS in the final months of Nouri's second term.


For his own image, you'd think al-Mahdi would move quickly to install others who can share the blame should the security situation get even worse.

Amnesty's Donatella Rovera notes al-Mahdi notes the current situation could have been predicted and, in fact, was . . . by al-Mahdi himself.

Donatella Rovera‏ @DRovera Nov 4
PM Abdul Mahdi knew #Iraq ‘s problems, But his cabinet choices show he may not have the solutions. He wrote on Facebook 5 months ago that he didn’t want to be PM because the toxic political culture would make it impossible to govern. It seems he was right
0 replies4 retweets1 like

The empty posts aren't the only problem for the Cabinet.

Yesar Al-Maleki‏ @yesar 20h20 hours ago
There are rumours that four cabinet ministers within the new AAH government may lose their positions. Details on Al-Mada: goo.gl/fMivTk #Iraq
1 reply2 retweets3 likes

David M. Witty‏ @DavidMWitty1 Nov 3
In Iraq, MP from Fatah Coalition: some of PM Abdel-Mahdi's cabinet picks will be replaced due to their investigation by the Accountability & Justice Commission. wataniq.com/news?ID=35178
0 replies2 retweets1 like


The Justice and Accountability Commission?  It was used in the past to control who could run for the Parliament and who couldn't.  Nouri, as prime minister, used it as his own political hit team.  The notion that this corrupt commission -- which has no right to exist today, they were supposed to close shop -- is returning


Turning to the topic of peace, Cindy Sheehan notes:

Women's March on the Pentagon
Recap and Regroup!

On Sunday, November 11th
WMOP is sponsoring a
Community Conference Call
to Recap the 2018 events and to
Announce future actions.

CINDY: PLANNED ACTIONS FOR THE FUTURE AND
GOING FORWARD WITH AN ANTI-IMPERIALIST MOVEMENT LED BY WOMEN
(COMMENTS/QUESTIONS)

PLEASE SEND CINDY SHEEHAN AN
EMAIL TO REGISTER FOR THE CALL: 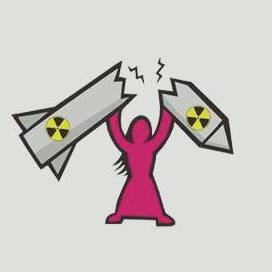 And Black Alliance for Peace notes more actions in the US this coming weekend:


Catharsis on the Mall; A Vigil for Healing
Catharsis on the Mall will take place on the National Mall near the Washington Monument (15th St. and Constitution Ave., NW) all weekend long. It will have art installations, live music and booths.
Veterans Occupy Washington
Veterans will be holding space at McPherson Square, 15th St. and I St., NW, from Friday night to Sunday night and at the Veteran’s Administration, 810 Vermont Ave. (close to McPherson Square). They will have a concert starting at 4:00 pm Saturday, an interfaith service at 8:00 am on Sunday and a rally at 1:00 pm Sunday. They will also hold a BBQ for homeless veterans outside the Veteran’s Administration Building on Sunday night. Stop by whenever you can and stay as long as you like.
Saturday, November 10, 2018
Peace Congress: End U.S. Wars at Home and Abroad
Location: Capitol Hill Presbyterian Church, 201 4th St., SE, Washington, DC, Fellowship Hall (wheelchair accessible). Breakfast and lunch provided.
*Please register below if you plan to attend and donate to support this if you are able. Suggested donation is $10 to cover food.*
Schedule:
9:00 am Registration
9:30 am Opening Plenary on challenges and opportunities for building a movement to end U.S. wars at home and abroad. Speakers include Ajamu Baraka of Black Alliance for Peace, Angela Bibens of Red Owl Law and Standing Rock, Bernadette Ellorin of BAYAN USA, Cheri Honkala of Poor People’s Economic and Human Rights Campaign, Eli Painted Crow, Turtle Women Rising, Joe Lombardo of United National Antiwar Coalition, Netfa Freeman of the Institute for Policy Studies. Moderated by Kevin Zeese of Popular Resistance.
11:00 am General Assembly on challenge and opportunities. Organizations are invited to share their campaigns.
12:30 pm Box lunch provided.
1:30 pm General Assembly on areas for collaboration and next steps
5:00 pm Peace Congress adjourns
Sunday, November 11, 2018 March to Reclaim Armistice Day Schedule:
9:00 am – Gather. Location to be announced.
9:30 am – March begins. March route will include the Vietnam Veteran’s Memorial, Women’s Memorial, World War II Memorial and it will arrive at the World War I Memorial at 11:am.  All are welcome, you do not have to be a Veteran or Military Family Member to attend and are encouraged to walk behind the Vets. Respectfully, please remember, this is a solemn march, while you do not have to remain silent, it is requested to hold the noise level down. Signage, Banners, and Flags are encouraged. To honor all victims of wars, civilians, and resistors. White poppy wreaths will be left at each site. Taps will be blown by fellow Veteran and Sapper, Watermelon Slim.
REGISTER HERE: http://notrumpmilitaryparade.us
RUN DOWN OF EVENTS: https://www.facebook.com/groups/436753550147882/events