My head's killing me so let's just make this simple tonight.

Music's about all I have faith in these days.  The 'leaders' disappointed and lied as though they were elected politicians.  The wars continue with no end in sight.

Let's start with this:

For those who forgot or who never knew, a reminder: Sammy Power was all in on the Iraq War.


The Iraq War is why Samantha left Barack Obama's 2008 campaign.

Specifically, it was her revealing that Barack was lying to the American people about Iraq while seeking their vote.

It had nothing to do with her calling Hillary Clinton "a monster."  That was already over by March 7, 2008 when she stepped down.  From that day's snapshot:

Power -- who also went to work for Obama in 2005 when he was first elected to the US Senate (November 2004) -- also had to deal with the BBC interview she'd given.  Barack Obama has not promised to pull ALL troops out of Iraq in 16 months.  He has promised the American people that "combat" troops would be removed.  But promises, promises (as Dionne Warwick once sang) . . .
Stephen Sackur: You said that he'll revisit it [the decision to pull troops] when he goes to the White House.  So what the American public thinks is a commitment to get combat forces out within sixteen months, isn't a commitment is it?
Samantha Power: You can't make a commitment in whatever month we're in now, in March of 2008 about what circumstances are going to be like in January 2009.  We can't even tell what Bush is up to in terms of troops pauses and so forth.  He will of course not rely upon some plan that he's crafted as a presidential candidate or as a US Senator.
Which would mean Mr. Pretty Speeches has been lying to the American people.  (Add the "AGAIN!")


Her rise was swift, her fall even faster.  Our Modern Day Carrie Nations took part in the "Bring the troops home and send them to Darfur" nonsense.  [For more on that nutso crowd, see Julie Hollar's "The Humanitarian Tempatation" (Extra!).]  Despite presenting herself recently as against the Iraq War from the start, the public record has never backed that up.  But it is true that she wanted wars in Africa and was selling them under "humanitarian" guise.  "Stop the killing!" she cried but if she really wanted to stop the killing, she might have tried to speak out against the ongoing genocide in Iraq (which has also produced the largest refugee crisis in the world).  She didn't care about that.  Probably because it demonstrates that sending armed forces in is not an answer.  Again, if Barack Obama had any leadership abilities, he would have announced today that he fired his longterm advisor.  He did not, she resigned.  (She foolishly doesn't grasp that this is her Alexander Haig moment and there is no comeback.)  Power was not a campaigner, she was a high level, longterm foreign policy advisor being groomed to be the next Secretary of State.  As Krissah Williams (Washington Post) notes, Senator Clinton's response to Power's BBC interview was to note Power's agreement that Obama's pledge to have "combat" troops out in 16 months was never more than a "best-case scenario".  Hillary Clinton: "Senator Obama has made his speech opposing Iraq in 2002 and the war in Iraq the core of his campaign, which makes these comments especially troubling.  While Senator Obama campaigns on his [pledge] to end the war, his top advisers tell people abroad that he will not rely on his own plan should he become president.  This is the latest example of promising the American people one thing on the campaign trail and telling people in other countries another.  You saw this with NAFTA as well." 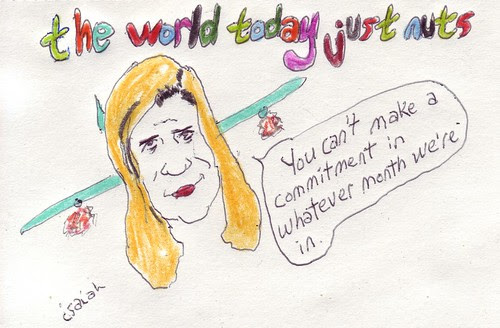 Isaiah's The World Today Just Nuts "Kamikaze Sammy." Samantha Power swoops down declaring, "You can't make a commitment in whatever month we're in." Her comments to the BBC about how Barack Obama (whom she was an advisor to) making a 'pledge' to withdraw combat troops from Iraq within 16 months is nothing but pretty words that the campaign cannot and does not intend to live by.


Barack won the Democratic Party's presidential nomination and the 2008 election based on his 'promise' to end the Iraq War.  (For those who missed it, Barack is out of the White House after two terms yet US forces remain in Iraq to this day.)

Samantha Power immediately resigned because of her remarks to the BBC.  Not because of the "monster" comment.  A number of whores were marching around distracting during those 24 hours including Tom Hayden and John Nichols.  They lied to the people.  John will soon meet his fate, Tom already has.

As we noted at THIRD in 2008 ("Letters to An Old Sell Out: Iraq"), months later, in July of 2008, Tom suddenly wanted to write about Samantha's words to the BBC -- months later.  He couldn't be honest -- when was Tom Hayden ever honest? -- so he pretended like he had just discovered the remarks (he hadn't, we had an argument about the remarks the Saturday after she made them).  In his best Christopher Columbus nonsense, he pretended he had just discovered the remarks, that the US press had ignored them in real time (most did -- not all, see the above links) and that Hillary Clinton's campaign had ignored the remarks (they didn't).

Tom Hayden is dead.  Thank heavens.  His pathetic life is now nothing but: He was one of Jane Fonda's ex-husbands -- not the one who loved her the most, not the one who made her laugh.  No, Tom was the one who, how did Jane put it, pulled a Brinks truck up and took, at gun point, as much of her money as he could get away with.  Well, he never made any money on his own, so he had to fleece off Jane.  Just cheap trash that died in time to avoid the #MeToo movement.  In 2008, with the Colorado press, he was talking about his intern, about her lovely body.  Yes, that was the real Tom.  A pig and a lying pig.  He's dead.  And soon he will be forgotten.  John Nichols, that's your fate as well.  Whores leave behind diseases, they don't leave behind legacies.

Samantha Power is a War Hawk.  Her actions have made the world worse.  In a functioning world, she would be shunned.  We really do need an international body that we can parade these freaks before.  They should be behind bars and, when released, forced to live in the regions they destroyed.  They should have to see what they destroyed, forced to work for the people whose lives they destroyed.  That would be justice.  And, if in anger, one of their victims sought to settle the score, well, it would be understandable.

Vengeance is not to be applauded or encouraged but it understandable.

A comprehensive survey on children’s wellbeing in Iraq released today found that conflict and inequality remain defining features of childhood. A majority of poor children are not receiving any form of government assistance. Even as the fighting has subsided, 80 per cent of all children experience violence at home or in school.
While almost all children (92%) are enrolled in primary school, just over half of children from poorer backgrounds complete their primary education. The gap widens in upper secondary school, where less than a quarter of poor children graduate, compared to three quarters of children from wealthier backgrounds.

Children’s education needs in Iraq are vast: half of all public schools in the country require rehabilitation and one in three schools run multiple shifts, squeezing children’s learning time. The five governorates with the lowest school enrollment and attendance rates are concentrated in the country’s southern governorates which remain its poorest, and in Anbar and Ninawa – the two governorates that have borne the brunt of the violence of the last few years. Attending school regularly is an essential part of healing for the more than 1 million children estimated to require psychosocial support to cope with the invisible wounds of war.

The U.S. has spent over $5.9 trillion on wars that have directly led to the deaths of close to 500,000 people since the 9/11 attacks in September 2001.
[. . .]
Spending is expected to balloon to over $6.7 trillion by 2023, based on Pentagon spending estimates for ongoing operations in Iraq, Syria, Afghanistan and Pakistan.

An additional $8 trillion could be added through the year 2054 if future interest costs on borrowing are included.

Over the weekend, Wissam al-Ghrawi  was assassinated -- the latest in a long line of leaders of the Basra protests to be assassinated.  KURDISTAN 24 notes, "Sheikh Wissam al-Gharawi, a young Shia cleric, was assassinated Saturday in front of his home in the district of al-Muwafaqiya, located in the center of Basra, southern Iraq."

Mohammed‏ @MazALJ10 3h3 hours ago
Over the weekend, prominent #Basra activist, Sheikh Wisam al-Gharawi, was assassinated in front of his house days after protests resume in the province of Basra. mobp.as/K75Hn 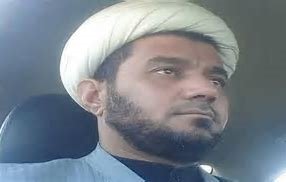 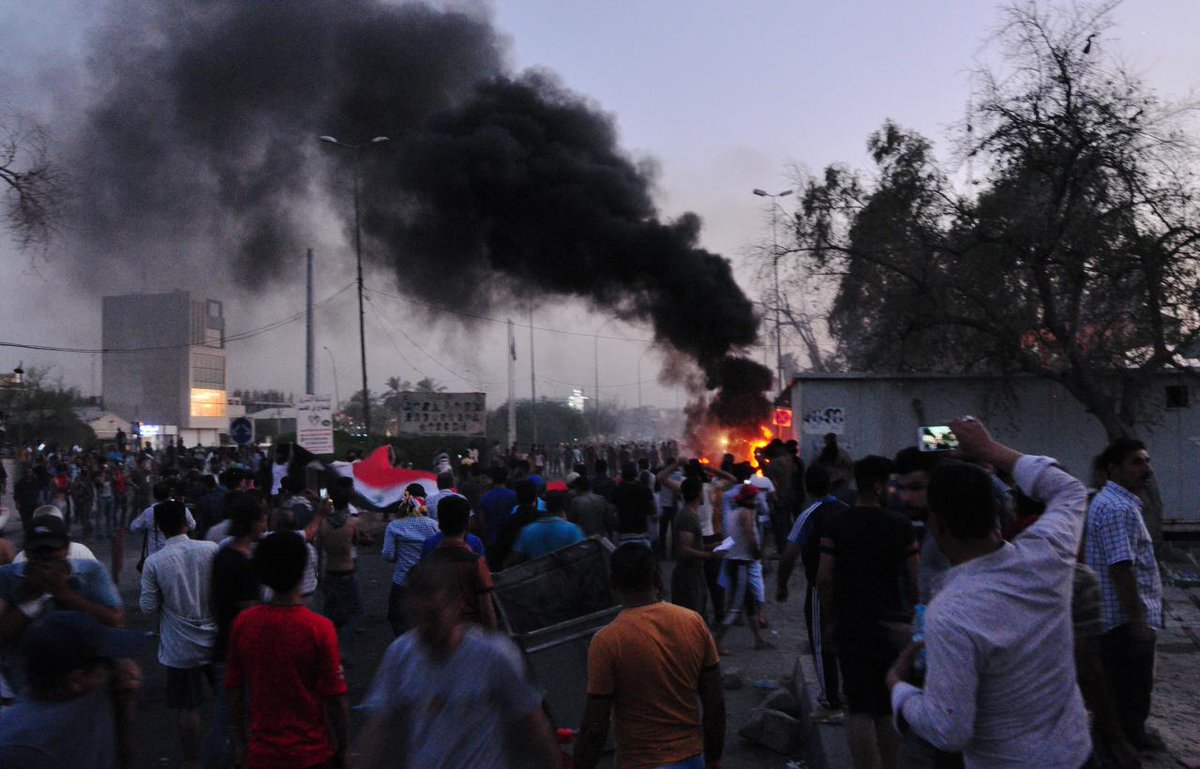 Navy SEAL Edward Gallagher is being charged by the Navy with stabbing and murdering a wounded person, shooting at noncombatants, posing for a photo and performing his re-enlistment ceremony next to a dead body.
Gallagher is being charged with various violations of the Uniform Code of Military Justice while deployed to Mosul, Iraq, in 2017, related to the various incidents.
Gallagher "did ... with premeditation, murder a wounded male person" under his care by "stabbing him in the neck and body with a knife" while battling ISIS in Mosul in May 2017, according to the charge sheet dated Friday.
Cmdr. Tamara Lawrence, public affairs officer with the Naval Special Warfare Command, said the Navy is taking the allegations seriously.
These charges are charges.  No one has been tried yet.  He has had an Article 32 hearing.  That's not a trial, it's like a hearing in civilian courts where a plea is entered before someone goes onto a trial.  It's purpose is to determine whether there is a need to go forward with a trial (they are determining probabilities -- going forward says there are probabilities -- it does not determine the person is guilty).  Gidget Fuentes (NAVY TIMES) notes:
But during two days of testimony in his Article 32 hearing here, Gallagher’s criminal defense attorneys painted a different picture of the highly-decorated SEAL, describing him as a battle-hardened hospital corpsman who properly treated a gravely-wounded ISIS fighter, only to have his reputation smeared by a handful of spiteful SEAL malcontents in the 19-man platoon who griped about his gruff leadership style.
Gallagher, a veteran of eight overseas and combat deployments, is facing 14 criminal counts, including premeditated murder for allegedly stabbing to death an alleged ISIS fighter Iraqi forces brought for medical care by his SEAL Team platoon in Mosul, Iraq, in early May 2017.
Vaishnavee Sharma (WASHINGTON EXAMINER) reports: "Gallagher was arrested Sept. 11 and held at San Diego’s Naval Consolidated Brig Miramar. He considered filing a civil rights lawsuit against Navy investigators after alleging that they 'laid siege' to his home and marched his children out of the house during a probe."
On the charges, Dave Phillips (NEW YORK TIMES) notes the charges, "They said he fired into civilian crowds, gunned down a girl walking along a riverbank and an old man carrying a water jug, and threatened to kill fellow SEALs if they reported his actions."

If he is found guilty, he should be sentenced to the maximum.  He's not been found guilty and he remains innocent until/unless determined otherwise.  Equally true, if Barack had done what he promised the American people in 2008, Gallagher would not have even been in Iraq.