Is TMC employing a genocide denier?

Andrew Surabian‏ @Surabees 17h17 hours ago
Andrew Surabian Retweeted ANCA
1. @TheYoungTurks is a leftwing show named after the regime that massacred 1.5 million Armenians. 2. @cenkuygur has openly denied the #ArmenianGenocide in the past. 3. @YouTube/@Google sign them to a lucrative contract, while de-monitizing mainline conservatives like @prageru?
Andrew Surabian added, 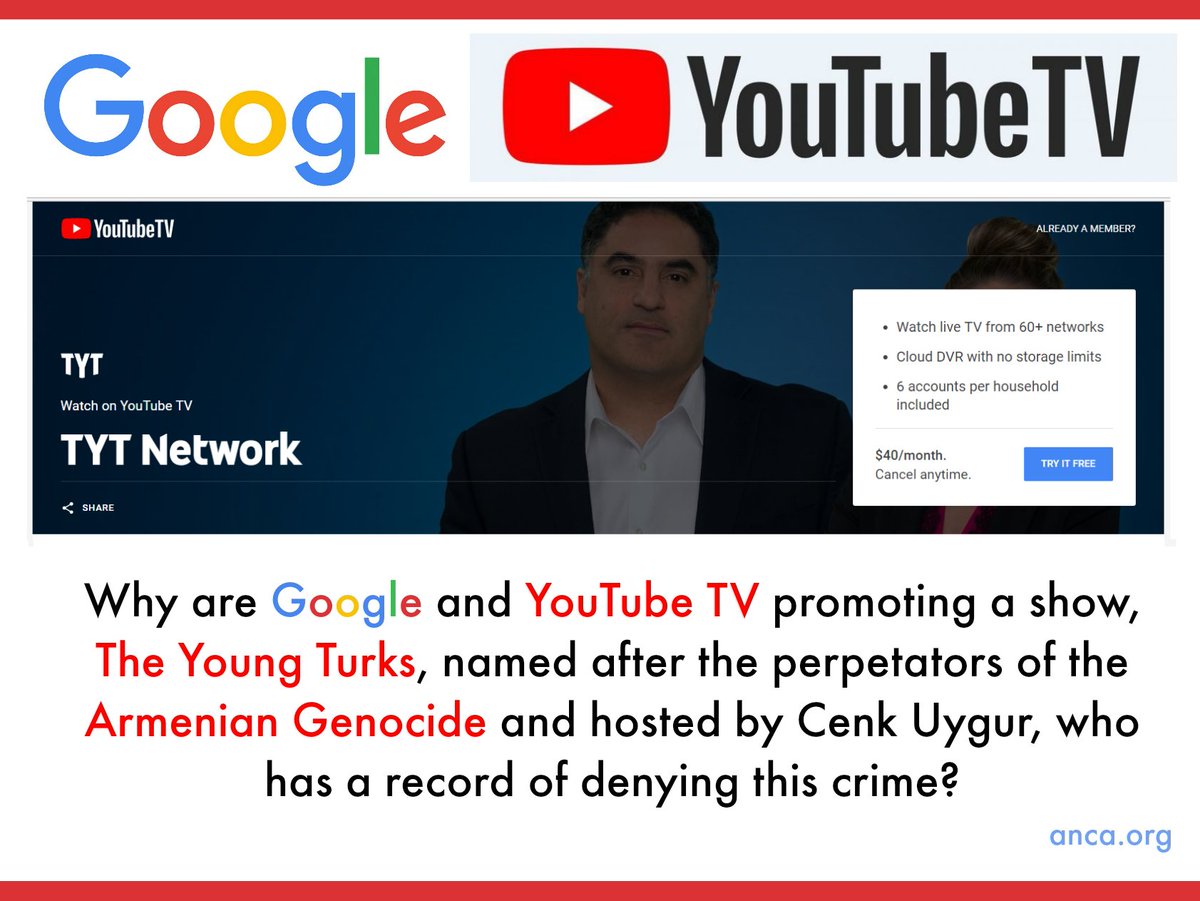 A reminder that Cenk Uygur is not your friend.  Cenk is not anyone's friend.  I'm starting to wonder, considering his ongoing denial of the Armenian Genocide, how TMC justifies its relationship with Ben No Personality Mankowitz?

Ben is the one who hired Cenk.  Does Ben also not believe in the Armenian Genocide?

Monday, September 17, 2018.  Iraq finally has a Speaker of Parliament.

TASNIM reports, "The new speaker of Iraq’s parliament, Mohammed Rikan Hadeed al-Halbousi, praised Iran’s role in the Arab country’s liberation from terrorist groups and said in the era of 'unfair' sanctions against Iran, the Iraqi nation will side with the Islamic Republic."

New speaker of #Iraq’s parliament, Mohammed Rikan Hadeed al-Halbousi, praised Iran’s role in the #Arab country’s liberation from terrorist groups and said in the era of “unfair” sanctions against #Iran, the #Iraqi nation will side with the Islamic Republic 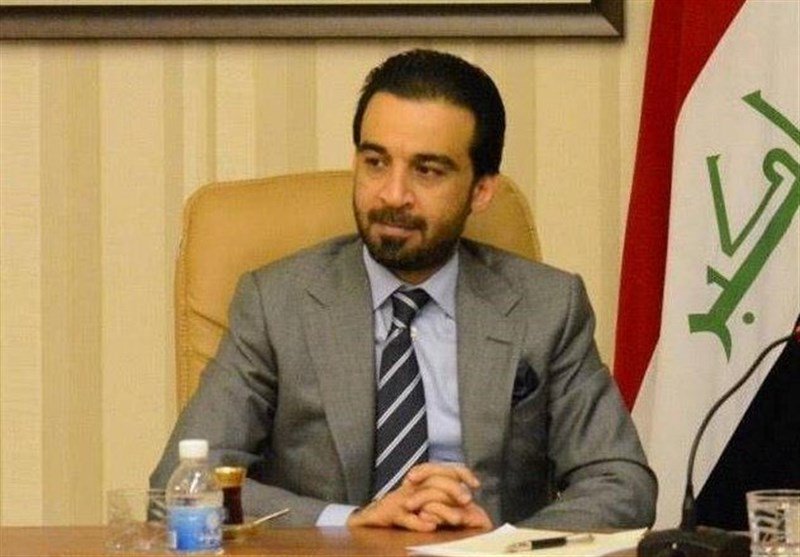 Saturday, Iraqi MPs finally elected a Speaker of Parliament.  Pakistan's THE NEWS reported, "Iraq´s parliament elected Sunni lawmaker Mohammed al-Halbousi as speaker on Saturday, marking an important step towards establishing a new government four months after an inconclusive national election."  In addition to being part of Moqtada al-Sadr's bloc (the winner of the May 12th elections), he was backed both by the outgoing prime minister Hayder al-Abadi and by Hadi al-Ameri whose milita bloc came in second in the May 12th elections.  al-Halbousi has been a member of Parliament since the 2014 elections. Following serving in Parliament, al-Halbousi became governor of Anbar Province.

Mohammed al-Halbousi is elected as parliament speaker by 169 votes. A young engineer whose entire political experience is 4 years. He was Anbar governor since 2017. With hos election, Parliament speakership is out of Muslim Brotherhood after a long time. (1)
3 replies45 retweets59 likes

Pakistan's THE NATION notes, "Halbusi ran against three other candidates, including Vice President Osama al-Nujaifi and former Defence Minister Khaled al-Obeidi."   This was news -- at least the al-Obeidi part -- to THE WASHINGTON POST's Tamer el-Ghobashy.

Let's explore that for a moment -- in part because Tamer didn't.  How is Khaled al-Obeidi the former Minister of Defense?  I ask because the government's supposed to be dissolved but Hayder al-Abadi continues to meet with the Cabinet and al-Obeidi became Minister of Defense in October 18, 2014 as part of then incoming prime minister Hayder's Cabinet.


It's a four year term.  But for Khaled, it was less than two years.  Why was that?

He was stripped of his position just before he completed the second year of his term.  The Parliament held a no confidence vote.  He stood accused of corrpution.  In what world do you receive a no confidence vote in August of 2016 and be stripped of your post only to be elected Speaker of Parliament two years later?  You don't.  Why in the world would Tamer be seeing the defeat as newsworthy when there was nothing surprising about it?

#US vs #Iran on Iraq #Anbar eternal ally of US: There is big misunderstanding by analysts about saying elect Halabousi to speaker of #Iraqi parliament is victory to Iran, loss for US. Actually, US feel more comfortable to Halabousi more than other candidates. (1) Photo: Nostalgia 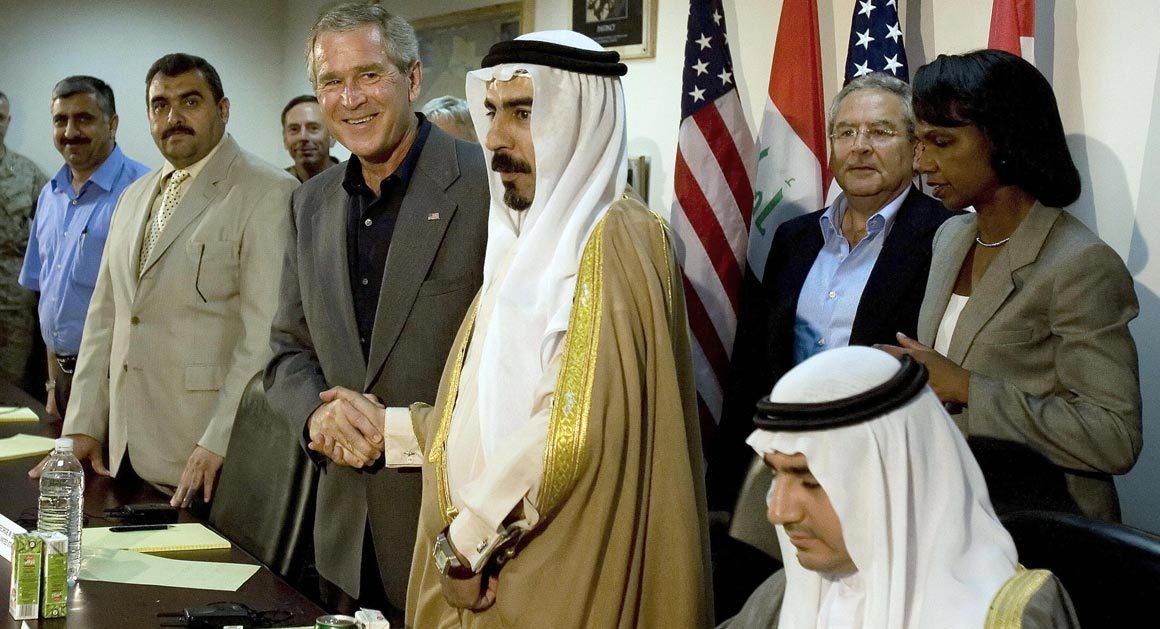 
The bulk of #US troops in Iraq are deployed in #Anbar, the important processing contracts of US Army signed with Karbouli family and its partners, US forces build the most important military base in #Anbar (Ein al-Assad) (2)
1 reply4 retweets5 likes


US forces succeeded with support of Halabousi in deploying their forces in "Qaim" the strategic town on the border with #Syria where Shiite factions on the other side were planning to open road Iran-Iraq-Syria through this town,guess what? Qaim is the capital of Karbouli family(3
2 replies3 retweets5 likes


In Dec. 2017 "Liwa' Altufuf" pro-Iranian militia sent message to his leaders explain the situation on the border & advised to push on Anbar gov to keep US troops out of the border, but the gov refused that. Other side, Halabousi supported training tribal program by US forces.(4)
1 reply1 retweet2 likes


Karbouli family knows very well that the keep Anbar away of collapse requires US forces, everyone knows the stay of US forces in Anbar is not opinion but demand of all local politicians and tribes.(5)
1 reply2 retweets4 likes

Who’s better for US side? Halbusi? or Khaled al-Obeidi who does not have a strong party depends on it, he would be weak if he became speaker of parliament as it has been dismissed from his office as Minister of Defense in August 2016 (6)
10:12 AM - 16 Sep 2018
1 reply1 retweet1 like

Here is the thing, the next move of Shiite Mps pro-Iran is to ask the parliament to discuss withdraw of US troops. Do think Halabousi will agree to this discuss simply? while he know that will put the city & reputation of his party at stake. (7)
0 replies1 retweet1 like


As for the other nominee?  That's actually more newsworthy, al-Halbousi defeating Osama al-Nujaifi whom the media identified as the Vice President.  He was that.  However, before becoming one of Iraq's three vice presidents, Osama was the Speaker of Parliament.

If you're not getting that only one of the two was newsworthy, maybe this FACEBOOK post will help you out:

Back to the current Speaker, ALJAZEERA noted:


Mohammed al-Halbousi, a Sunni politician and the former governor of Anbar province, won 169 votes in a secret ballot conducted at Saturday's session of the 329-seat assembly, according to reports.
Aged 37, he will be the youngest speaker of parliament in Iraq's history.

Some hailed the election of a Speaker of Parliament on Saturday as a huge step forward -- this despite the fact that it was supposed to have taken placer much earlier.  Raya Jalabi and Ahmed Rasheed  (REUTERS) noted, "Parliament had been due to elect a speaker and two deputies during its first meeting on Sept. 3, but failed to do so as lawmakers were unable to determine which competing bloc had the most seats.  The move is not that big.  Saturday was supposed to also have seen the Parliament elect two deputy speakers but that didn't happen.  On Sunday Hassan Karim al-Kaabi (a Shi'ite) was elected first deputy and Bashir al-Haddad (a Kurd with Barzani's KDP) was elected second deputy.  RUDAW notes that both the KDP and the PUK backed al-Haddad.  QANTARA reports that Shi'ite cleric and movement leader Moqtada al-Sadr put forward Hassan Karim as the nominee for first deputy speaker.  There's still no president and still no prime minister-designate.  Elections were four months ago.
Today, Mohammed Sabah (AL MADA) reports that the Parliament is now saying that they can name a president without also naming the largest bloc (naming the largest bloc would require naming the prime minister-designate).
They have a Speaker of Parliament but not much else.

Ruth's Report
Why do we have Robert Mueller and his investigation?