April Oliver's reporting, by the way, was correct.

It is the closest the US corporate press has come to telling the truth.

So what did they do?

Apologize for the report -- which also ran TIME magazine.

The report was solid.

I really am appalled at how many people go along to get along.

There was not a great deal of defense for April in the 90s.

C.I. and Ava have worked her into their media pieces at THIRD dozens of times and they keep the story alive that way.

From their "Katie was a cheerleader:"

Some trotted out Dan Rather as the anti-Katie. He is that. As freakish as he came off, he certainly wasn't Katie Couric. (He was a lot like Nimoy's Mr. Spock discovering emotions for the first time or Jodie Foster's Nell on her first trip to the grocery store.) He also didn't fight the good fight. He read copy, which he wrote or helped to write at times, and he relied on producers.Mary Mapes, a former producer who worked with Rather, is a name that's popped up as well this week. Some have taken to recommending her book. It's a really bad book. We feel for Mapes but her ignorance shines through in the book. Why did Mapes feel the need to write a personality book (as opposed to leaving out the bits on grandma and making a case as a reporter)? Because she's a product of broadcast journalism and has internalized all the principles at play.She seems to think she's the first victim of a cowardly corporation. With no historical evidence at her finger tips, she writes a really bad book that tells you she's a nice person (we're told she is) and that she got screwed over (we'd agree with that). She offers nothing on what was done to April Oliver -- either because Oliver is "too hot" to mention or because she's unaware of what happened less than a decade before CBS fired Mapes. Too bad, because what was done to Oliver was done to Mapes and until Mapes can discuss the issues from that perspective, she's wasting everyone's time except for a few partisans.We support Mapes reporting on the National Guard. The corporation stabbed her in the back. The "investigation" wasn't a journalistic inquiry. Take out "National Guard" and you've got the April Oliver story all over again. When Mapes is ready to connect the dots, she may have something to say. Until then, she's just twisting in the wind.


April Oliver's reporting -- and what was done to her -- still matter today. 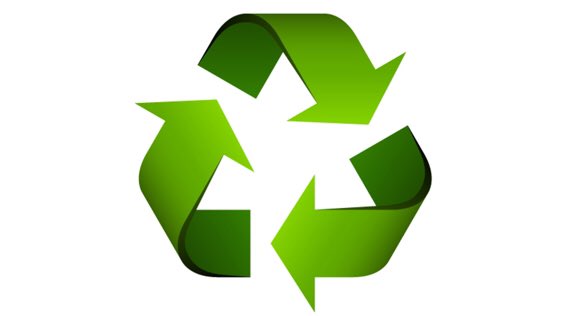 That's the logo for Ammar al-Hakim's new party.  Last week brought news that he was leaving the Islamic Supreme Council of Iraq and forming National Wisdom.

Again, elections are supposed to coming up in Iraq.  You really don't get that from following coverage in the western media.

But you rarely get any Iraq coverage period.


AUDIE CORNISH, HOST:  There is a revenge campaign happening in Mosul. This started when Iraqi forces were fighting to retake the city from ISIS, and it's gone on since Iraq regained control of it. Soldiers have been rounding up and prosecuting anyone suspected to be a member of ISIS or related to one or a sympathizer of the terrorist group. In many cases, those detained are abused and executed. Human rights observers say the tactics being used by the military are war crimes.

BELKIS WILLE: I mean in terms of executions, we're seeing men being shot. We're seeing even more grotesque cases - for example, men being thrown off cliffs into the Tigris River and then being shot upon as they land. Numerous cases of really severe torture, sometimes leading to death.


An Iraqi army division trained by the United States government allegedly executed several dozen prisoners in Mosul’s Old City, Human Rights Watch said today. Two international observers detailed the summary killings of four people by the Iraqi army’s 16th Division in mid-July 2017, and saw evidence that the unit had executed many more people, including a boy.
The US government should suspend all assistance and support to the 16th Division pending Iraq’s full investigation of the allegations and appropriate prosecutions, Human Rights Watch said. Under the “Leahy Law,” the US is prohibited from providing military assistance to any unit of foreign security forces if there is credible evidence that the unit has committed gross violations of human rights and no “effective measures” are being taken to bring those responsible to justice.
“The US government should make sure it is no longer providing assistance to the Iraqi unit responsible for this spate of executions but also suspend any plans for future assistance until these atrocities have been properly investigated,” said Sarah Leah Whitson, Middle East director at Human Rights Watch. “Given the widespread abuses by Iraqi forces and the government’s abysmal record on accountability, the US should take a hard look at its involvement with Iraqi forces.”[. . .]
Under the “Leahy Law,” the US government is required to suspend assistance to the 16th Division until the Iraqi government takes three steps, which are often known as “remediation components”: impartial and thorough investigations; impartial and thorough prosecutions or administrative actions, as appropriate; and proportional sentencing or comparable administrative actions.
Despite acknowledging that Iraqi forces committed violations of the laws of war during the Mosul operation and promising to punish those responsible, Iraqi Prime Minister Haider al-Abadi has yet to demonstrate that Iraqi authorities have held any soldiers accountable for executing, torturing, and abusing civilians or captured fighters.


The other broadcast outlets haven't really made time.


CORNISH: You've said that the persecution of ISIS suspects now could inadvertently drive more people toward extremism. Why do you think that?

WILLE: I think you really need to look at ISIS and why ISIS for so many years was able to draw in so many recruits - young, Sunni Arab men - throughout Iraq and Syria. And it comes with a history.

Since 2003, with the fall of Saddam's government and an incoming Shia government that put Shia fighters into the military and brought in Shia militia, what we saw was rampant abuse that usually took the form of torture, executions, really targeting Sunni Arab men. These were the very men that ultimately joined ISIS, saying, we're sick of this complete impunity for Iraqi armed forces. And if this battle opens the floodgates to that very abuse that pushed men to join ISIS, we're going to continue to see young men wanting to join.

I've not written of the ugly woman here, I believe Ava and I have (we've written of her at THIRD but we may have edited it out of the final draft, I'm not sure right now, I'd have to take a moment to think).

So her basic cable show gets, for her network, good ratings.  Not great ratings.  They haven't had great ratings in years.  But everyone pretends like she's a late night host even though late night hosts need to do at least four days of programming a way if they follow the Johnny Carson pattern (Monday repeat, Tuesdays through Fridays new shows).

But she can go to Iraq.

Because her attempt at being the new Don Rickles needs to spread?

In one clip, she claims to find a Bernie Bro in the KRG.  And she explains -- she's trying to sing but she can't carry a tune -- that he didn't call her a bitch or a c**t so she's so happy.

Bernie Bros was a myth created by Hillary's emasculated male supporters.  (I'm not calling all -- or even the majority -- of her male supporters "emasculated" -- I'm referring to the Peters and the Davids).  It was an attempt to paint Bernie Sanders and his supporters as sexist.  To do that, they repeatedly pretended women didn't support Bernie -- even though women did.

Remember when 'feminist' Gloria Steinem went on TV (Bill Maher, isn't that where CIA feminists go?) to 'explain' that young women were supporting Bernie to get "boys"

But then, her whole act perpetuates lies about feminism: that we're loud and ugly.

I don't get Samantha.  In England, for example, if someone on TV can't be pretty, they generally cultivate a unique look and, through the sheer will of their personality, they become attractive.  But Samantha's convinced a blow out and what appears to be a trip to the Clinique counter will result in a miracle.  It's not happening.

But here's a tip to Samantha, you're an entertainer.

Granted, you're not that entertaining, but that is your profession.

You are in a foreign country.

Iraqi women are fighting for their rights yet again.

That's why Atwood's HANDSMAID TAIL is so laughable as a TV series in the 21st century -- we can only imagine 'horror' if it happens in the west.  The Water Cooler Set will treat this fantasy as tragic but the realities that Iraqi women -- or any non-west women -- face will not be cause for alarm even though these are realities and not a novel from the 1980s.

Iraqi women are fighting to have a stand in their country.  Your potty mouth visiting (the safer northern region) is not helping them.

You are a foreigner and you become the 'foreign devil' when you break taboos.  Iraqi women fighting for their rights do not need to risk being compared to you.

I get it, you're an ugly woman who overcompensates by being loud and vulgar.  You have serious ego issues so you need to make it all about you.  Fine.  Do that in the US.  Don't go to places where your act will help set back women's rights.