Enemy of We The People Larry Summers 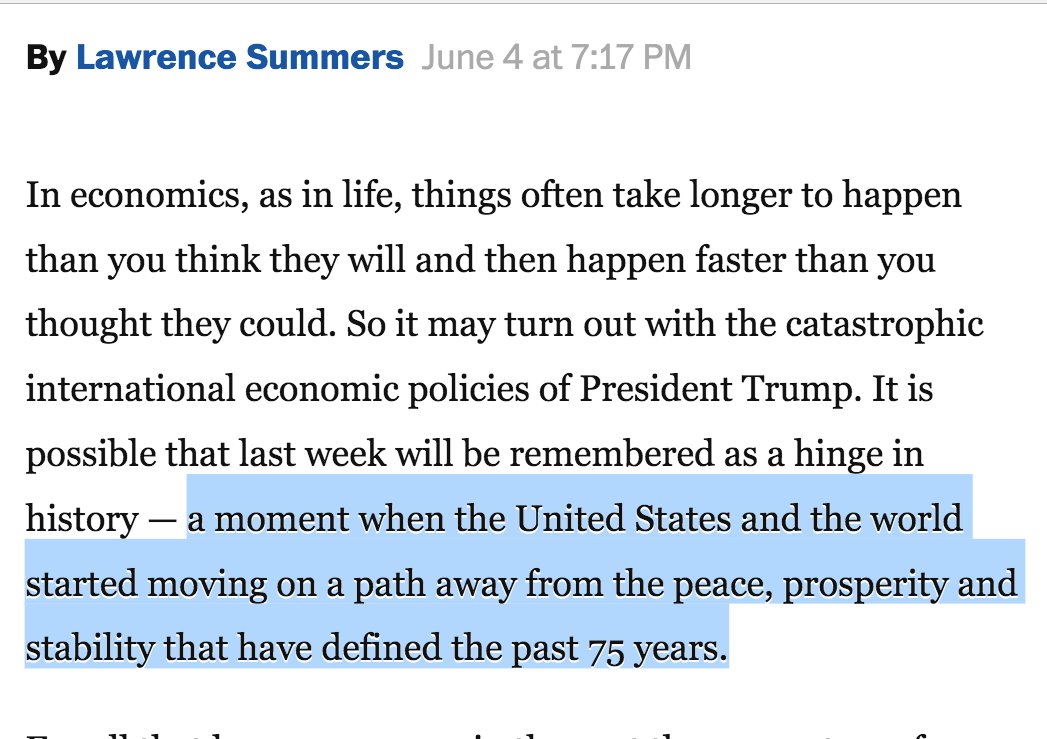 
Larry Summers is an idiot and a menace.

C.I., in the snapshot below, takes on the ridiculous Eliza Barclay of VOX.

C.I. is hilarious as she calls out Eliza.

But, here's the thing, it shouldn't just be her, Adam Johnson and me.

Equally true, THE WASHINGTON POST shouldn't be printing Summers' garbage anymore than NPR should be putting him on the air.

Tuesday, June 6, 2017.  Chaos and violence continue, The Mosul Slog continues, Eliza Barclay tries to spit-shine Larry I Killed Glass Steagall Summers with her throat (no gag reflex on her), and much more.


Self-hating Eliza Barclay showed up at VOX yesterday to treat the disgusting Larry Summers as someone worth listening to.  Elaine had said everything that needed to be said last week with her "STFU Larry Summers" -- but then Elaine's a strong woman and Eliza Barclay's just an embarrassment who can almost -- almost -- handle the topic of 'reporting' on the best snacks to serve at your Super Bowl get together.


As I wrote last week, Trump’s decision on Paris was cruel in the message it sends about how America values the environment, and how little it now cares about the risks climate change poses to the planet. Though the doomsayers like Summers could turn out to be wrong, many, many experts believe it is likely to prove incredibly damaging to America’s strategic position in the world, our military’s operations, and our standing in international negotiations.

Somewhere in the world, the menfolk are unhappy and like the good little servant she is, she's going to make them happy.  Serve those snacks, on your knees, serve those men, you little child.

I wrote this about the farcical Paris climate accord. blackagendareport.com/rich_subvert_c…
0 replies28 retweets28 likes

Here's what Margaret wrote in 2015 about the 'wonderful' Paris Agreement:


The agreement doesn’t even take effect until 2020. Countries have five years to continue pumping green house gases into the atmosphere as much as they like. In addition, the agreement is not even binding. Any nation can decide to ignore the pledges it made in Paris without repercussion.
The means of increasing carbon production while claiming to reduce it are numerous. India and China use semantics. They claim they will cut “carbon intensity” which means they will use coal more efficiently, not that they will use it less. Other countries play games because they were allowed to use 1990 as the date to measure carbon reduction. That doesn’t mean much for Russia because its economy collapsed in the 1990s. Going back to the high water mark of 1990 means they can actually increase carbon production over and above current levels.
The United States and the European Union also choose dates selectively. The United States says it will cut 2030 emissions by 26% as compared to 2005. But emissions now are lower than 2005, so the promise is a hollow one and the actual cut would be just 15%, assuming the U.S. actually lives up to its promise.

Just as in Copenhagen in 2009, the United States took a lead role in deceiving the world. Once again Barack Obama made a personal appearance and added his usual bizarre diatribe about American superiority. He said nothing about the United States refusing to consider compensating poor countries for damage done by rich countries. The final document states that “any discussion of loss and damages does not involve or provide a basis for any liability or compensation.”


That reality escapes little Eliza -- the overgrown and underbrained child doing the bidding of her masters.

Read the whole piece and marvel over how Eliza so delicately laps the crotch of Larry Summers.  Eliza really gets off on debasing herself in public.


No where in her nonsense does she note that Little Dick Larry (a) has no science background, (b) faces charges of racism (for years now), (c) was flat out sexist in his remarks on women and science and (d) had to resign as president of Harvard in disgrace.

Debase yourself, Eliza, disgrace yourself.

Nor does she note Larry's so-called column is really a variation of the remarks he gave last week to NPR's HERE & NOW.


Nor does she ask the tough question that Elaine did: "Question, where does he rank the repeal of Glass-Steagell which removed the protections and created the banking problems -- the ones we had to bail out?"

Yeah, that was Larry's doing.

Poor little Eliza, she can't stand up while also going down on Larry in public.


She should go back to the 'reporting' she can handle, writing things like "Beer and food have loads of flavors in common" -- loads?  She's back to writing about foamy head.  You go, Eliza!


At VOX, Eliza, still not able to breathe through her nose, spits out, "Pulling out of Paris is also such a failure of moral leadership, he writes, that it 'is probably our most consequential error since the Iraq War'."

Is it our most "consequential error since the Iraq War"?

Because if it is, that means the press will ignore it, the same way they refused, in the 2012 debates (and the coverage around it), to ask Barack Obama about the special-ops he'd just sent back into Iraq.


The morning after the 2012 election, Ava and I wrote "Let The Fun Begin" which opened:

The country was transformed to the elephant in the room for 2012 that no one could be honest about.  President Barack Obama  lied that he'd 'ended' the Iraq War, he misled people into believing that all US troops had left Iraq, and he failed to inform Americans that he was negotiating to send even more US troops into Iraq.

While the uninspiring victory speech last night blended The Hollies "He's Not Heavy, He's My Brother" ("The road is long") with Jerry McGuire ("You've made me a better president"), it also made clear that the administration was on fumes even before the second term officially begins in January.

The administration is as empty as the media.  If you doubt that, September 26th, the New York Times' Tim Arango reported:


September 26th it was in print.


If Barack's sitting before them and he's flat out lying to the American people, it's their job to ask.  They didn't do their job.  Nor did social menace Candy Crowley who was apparently dreaming of an all-you-can-eat buffet when Barack was babbling away before her about how he wouldn't allow more "troops in Iraq that would tie us down."  But that's exactly what he's currently negotiating.

But she was only one of the three moderators.  Bob Schieffer and Jim Lehrer also moderated.  Of course, they didn't foolishly self-present as a fact checker in the midst of the debate  nor did they hit the publicity circuit before the debate to talk about how they were going to show how it was done.


Some are still lying.

Some are still lying and are losing loved ones who can't take the lies anymore and hurl themselves to their deaths.

I've been surprisingly kind on that topic.

Don't expect my silence on it to continue for long.

You did more than shame your mother, you appalled her.

And why wouldn't she be appalled?

The truth mattered to her.

She took part in documenting a rock god's bisexual ways -- and did so at a time when homophobia and Anita Bryant (same diff) reigned.

Yet, you, her child, couldn't even use your power to tell the truth about an ongoing war.

P.S. I may be the only one who knows where what you're looking for is -- the thing that had you begging the police to let you in so you could try to find.  That's probably one secret -- the location -- that I'll willingly take to my grave.

Oh, kisses for one and all.

So many liars, so many whores, so committed to keeping the human race engaged in wars.


And it's Debra Killalea (NEWS.COM) -- and not VOX's Eliza Barclay -- reporting reality:


HE thought he would be filming heroes in action and recording the work of the good guys. But what unfolded in front of Ali Arkady’s lens was gruesome, dark and not at all what he expected.
The photojournalist was embedded deep in an elite unit of Iraqi soldiers in the fight against Islamic State.
But as the brutal and bloody war intensified, the line between the good guys and the bad guys got blurry.
Mr Arkady said instead of war heroes protecting the innocent from Isalmic State, what he witnessed instead were sickening acts of torture, executions and abuse of suspected militants and civilians by the Iraqi army itself.
In total he compiled 400 photos and hours of videos and audio recordings revealing what amounts to war crimes committed by American-trained Emergency Response Division soldiers, the group fighting against IS.


Reality of The Mosul Slog and of Hayder al-Abadi's 'new' Iraq.

In a series of serious violations by US-backed forces, new vid emerge of Iraqi soldiers torturing a man to death:
13 replies107 retweets26 likes 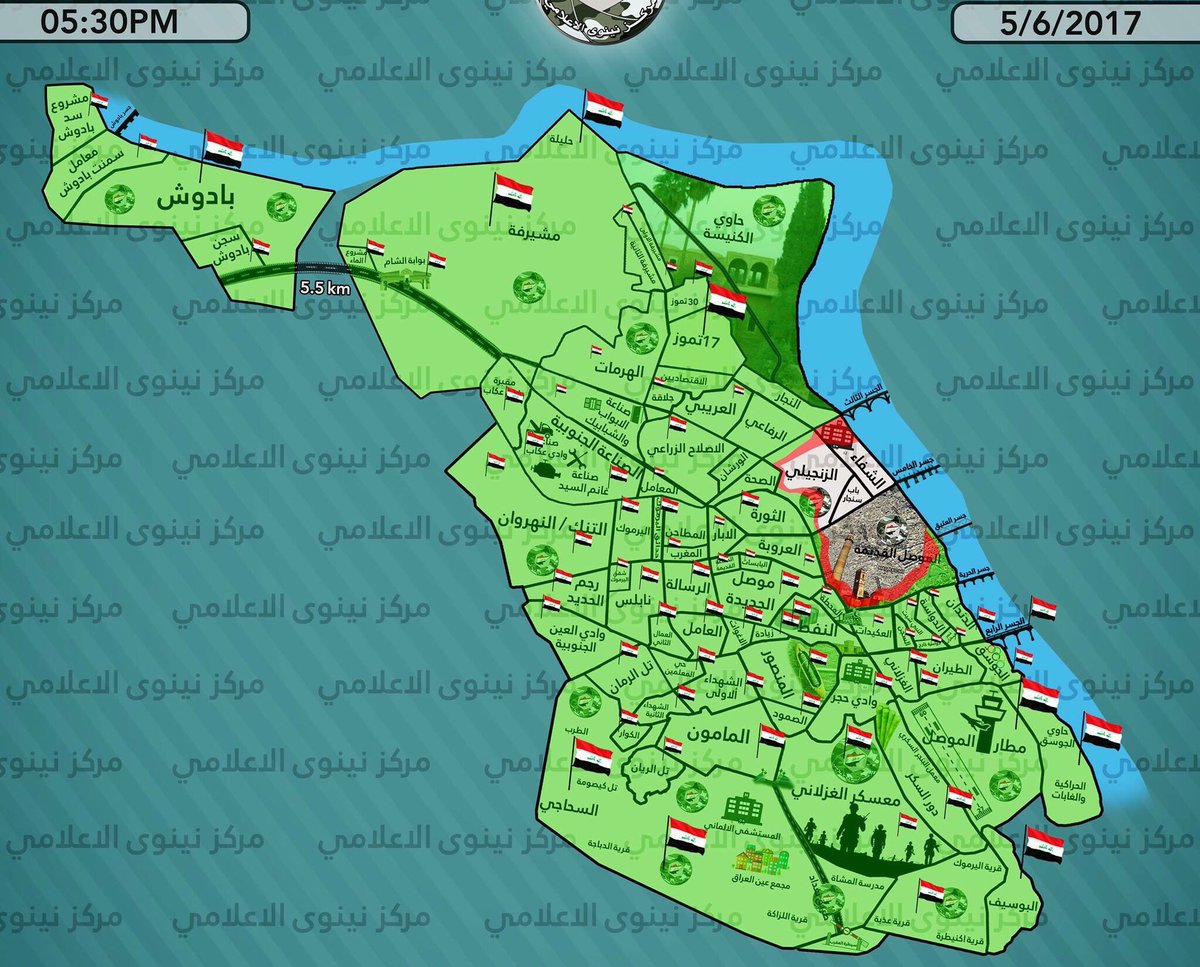