"TV: CNN sets the standard . . . for embarrassment" (Ava and C.I., THE THIRD ESTATE SUNDAY REVIEW):
There's no question that the media is offended by Donald Trump.

They think he's stupid and they're offended on a snobbish basis.

If they held Hillary Clinton to any standard, you could argue that the 'vengeance' with which they're operating currently is a reaction to overcompensating for the last 8 years of non-reporting.

But they don't hold Hillary to any standard.

Multiple people have gushed opposite Hillary Clinton as they gave her airtime to promote her latest ghost-written book.

Not one has bothered to ask her about the debate questions Donna Brazile slipped her.

They let her make offensive remarks about Donald Trump and never call her on it or ask her how that helps a nation heal?

So let's not pretend that the press is ripping apart Donald because they are attempting to get back to doing their jobs.

They're ripping him apart for reasons other than journalism.

The worst has to be CNN -- which reached a new low in journalism, in television, in everything on Wednesday -- all in one awful program, NEW DAY.

I'm going to say it again, Ava and C.I. have created a legacy, they leave behind a proud chronicle of our times.

They have repeatedly stood up to the war hawks and war whores.  Their media coverage at THIRD is outstanding.

At a time when no one was standing up, they did.

They are feminists telling their truths and they are amazing.

Feminists, please note, are not little girls in double digit age categories writing nonsense about a TV show like HANIBAL and insisting that it's a feminist statement.

Ava and C.I. tackle real issues in their writing -- in this column alone, they're being media critics, they're touching on veterans issues, they're noting the destruction in Barbados.

Now check this out:

If I wasn't so tired, I'd install it right now.

Tuesday, October 10, 2017.  IAVA moves into political advocacy, the number of displaced in Iraq vastly increases, where is ISIS, and much more.

Oh, right.  He used to be at CNN.  But his homophobic attacks resulted in CNN kicking him to the curb.  (Tom, why do you keep this trash on your show?  You will answer for it -- you and I both know it.)  Roland can't be on CNN because he's a homophobe.

But when did Roland serve?

IAVA did release what Roland's talking about.

We haven't highlighted it here because several IAVA members feel the sample size was too small and IAVA has heard from members who disagree with the press release issued.

More to the point, Roland's misses many points, IAVA represents only one generation of veterans.

Certainly the American Legion, to name but one example, would have a more varied group of veterans -- veterans from the current wars as well as Vietnam, Korea, WWII, etc.

The size and the results of the poll are being questioned by IAVA members -- questioned and criticized -- so we've avoided that poll.  But Roland's so stupid, he seems to think that the only veterans in the world are the ones who've fought in the ongoing Iraq and Afghanistan Wars.

Maybe Roland should be less worried about what underwear David Beckham wears and more worried about how so many of us always saw his homophobia as a way for him to hide in his own closet?

As for IAVA, the poll was a mistake.

They had already issued a statement that was respectful to everyone.

That should have been the end of it.

They are not an 'activist' organization in the way that Iraq Veterans Against The War were.

Stepping into this, and away from veterans' issues, hurts them.

Again, members of IAVA are upset -- some who feel they aren't represented in the poll results, some who feel IAVA should not have done a poll on this.

There are many veterans issues and now instead of shining a spotlight on that, IAVA is caught in an issue they have no business in.

More than any other veterans group, they need to focus on legislation.

That's because they're members are veterans who've returned home recently -- as opposed to the VFW, for example, whose members include many who have been veterans for several decades.

This is a distraction for IAVA.  This is upsetting their membership.

The statement issued was respectful and allowed everyone some comfort.

That wasn't good enough and now there is a feeling that activists have hijacked IAVA for political purposes.

Roland doesn't grasp that -- nor do idiots like Roland who just want to grab anything they can and turn it into a political football.

IAVA is supposed to focus on veterans issues.

As one member said to me on Sunday, "So I guess next I can ask for the poll on whether or not we should leave Iraq, the one they've refused to do because we're not an 'advocacy group'."

Moscow accuses US of reducing air strikes on IS in Iraq to allow jihadists to enter Syria and fight the Assad regime u.afp.com/4zMi 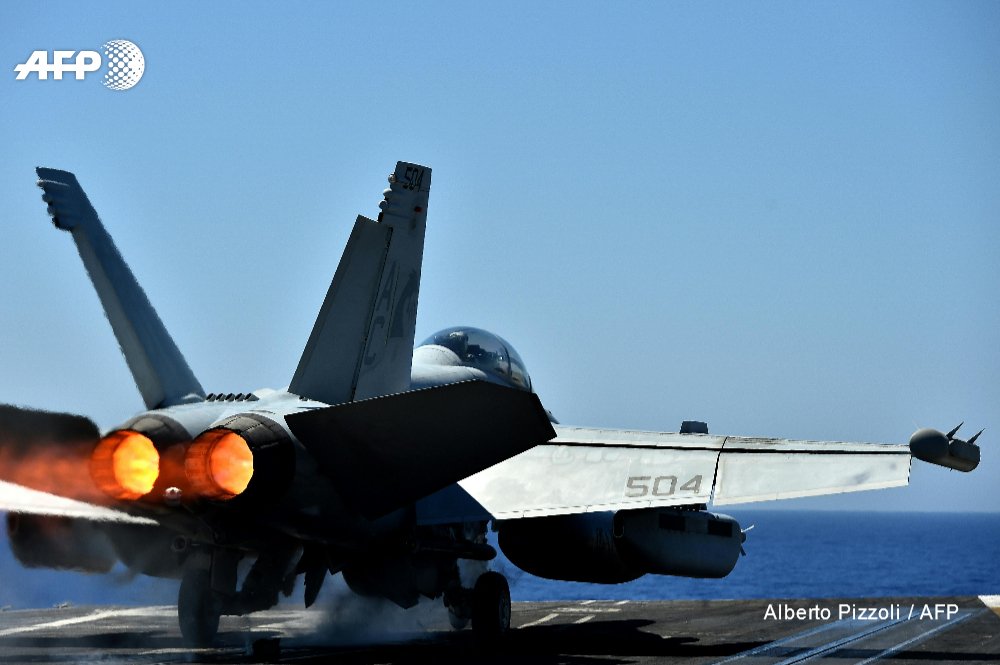 
The US Defense Dept regularly announces strikes on Iraq.  It does that on a daily basis.

Excuse me, it did that on a daily basis.

It's last announcement was October 8th when it noted.

-- Near Rawa, three strikes engaged an ISIS tactical unit and destroyed three staging areas, a headquarters and a vehicle.


I doubt they feel like no strikes to the Iraqis on the ground.

Where have all the IS fighters gone? Hundreds are believed to have fled the city of Hawija, after it was recaptured by the Iraqi army


Were ISIS members allowed to escape?  Probably.  The same thing happened with the Mosul operation -- why should the Hawija operation be different?  They went to Syria, remember?  Some publicity on this noted the ones traveling by bus. 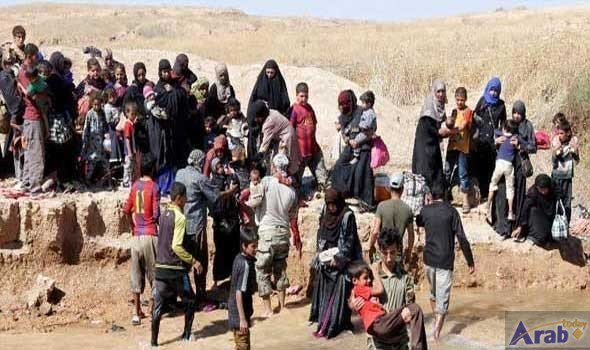 
That is deeply disturbing.

Mainly because the corporate media in the US has avoided it.

Grasp that by 2010, Iraq was already the place for the greatest displacement since 1949 in the Middle East.

And now we learn that the last three years has seen further displacement, the displacement of over five million more people. 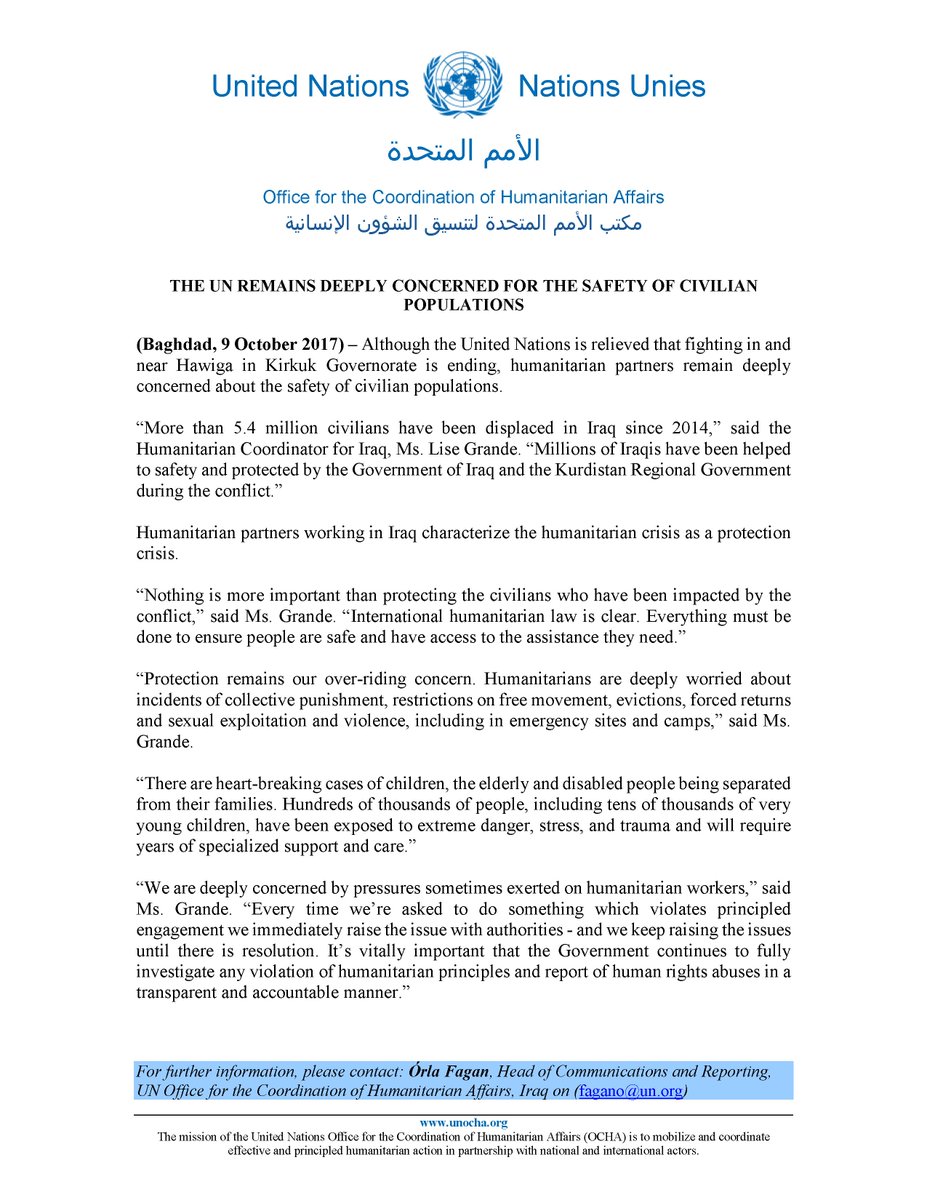 As we've noted repeatedly, the vote took place, Barzani can now do whatever he wants.

He's achieved with the vote, taken the KRG further than anyone else.