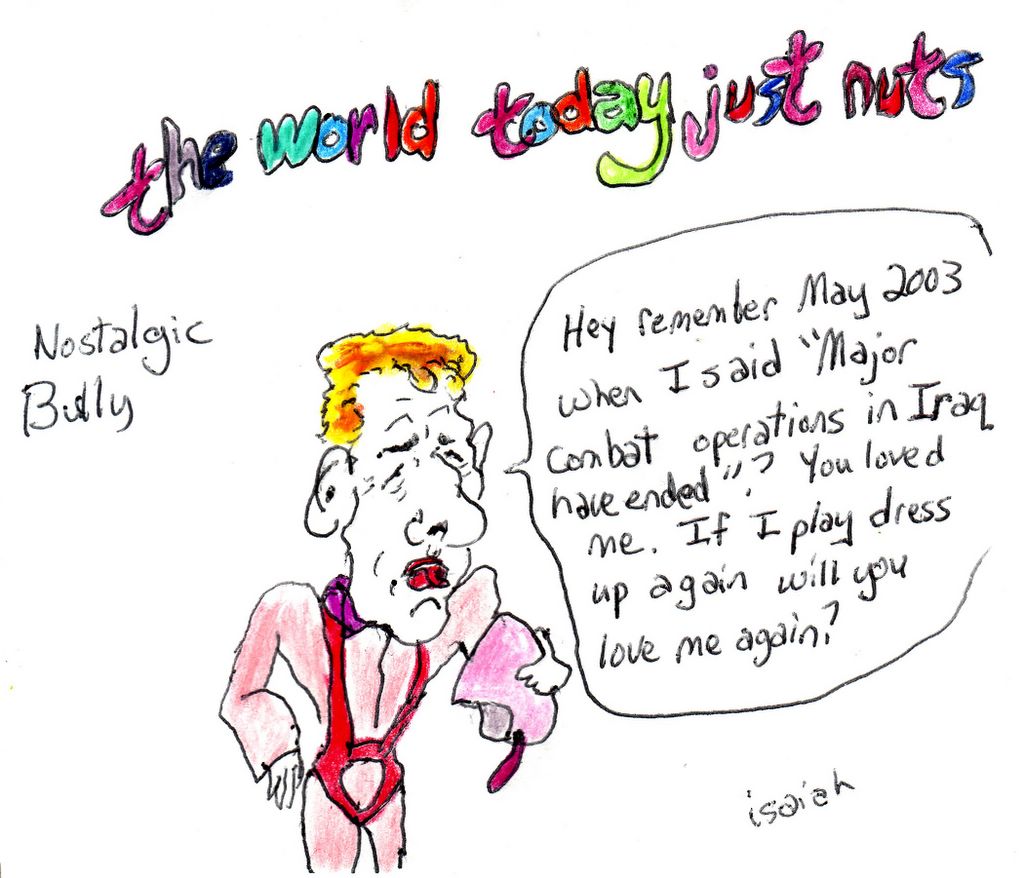 To the left is Isaiah's "Isaiah's The World Today Just Nuts 'Nostalgic Bully'." Bully Boy's not the only one apparently nostalgic for those 'fun' and fact-free days, read the snapshot.


Mike and I have plans tonight so that's it.