Told you he was the idiot of the week

Last time, in "Idiot of the week," I noted that Chris Cuomo was an idiot and the he needed to stop making partisan comments on podcasts if he wanted to be taken seriously in his comeback bid.  Specifically, he was trying to deflect from Joe Biden's embarrassing "Where's Jackie?" moment by insisting that Donald Trump did this or that -- which has nothing to do with Joe's moment and which only makes Cuomo look ever more partisan and, honestly, deranged.  Well the ratings are in and?  Lowest rated of all 'news' shows on cable on Tuesday.  And?  So low that many other shows beat it, "Additionally, syndicated show reruns, such as Paw Patrol, SpongeBob, and Seinfeld, reportedly drew a greater audience among the 25-54 demographic and among total viewers."
Chris needs to learn a lesson from this.
But it's probably too late.
No one to blame but himself.
Why should anyone trust him?
He still doesn't get that he was wrong to feed his brother information.  He still doesn't get that he betrayed trust by doing that.  He still doesn't get that you can't claim you've changed and are turning over a new leaf and then insist you won't cover Joe Biden's "Where's Jackie?" because somebody didn't cover something done by Donald Trump four years ago.
He doesn't grasp what journalism is.
It's his career, he's the one who destroyed it.

Wednesday, October 5, 2022.  We mainly focus on the backlash within the US in today's snapshot (and we'll continue on that topic tomorrow).

As we noted earlier this week, we are in a backlash period.  With that in mind, THE GRIO reports:

A religious school in Florida delivered a very direct message to students and their parents: Students will only be addressed according to the “gender on their birth certificates” and LGBTQ+ students are not to attend.

NBC News reported that Grace Christian School, in Valrico, used Bible verses in a June 6 email to parents to support its decisions. Students who identify as gay, transgender or gender nonconforming “would be asked to leave the school immediately,” according to the email from administrator Barry McKeen.

They have an honest conversation worth streaming.  Which doesn't mean I agree 100%.  I'm on record about the nonsense of casting and selling LOVE SIMON and LOVE VICTOR.  (And since my friend's no longer married to horse face, I no longer have to try to be nice to her.)

But it's an honest discussion and it brings up many issues that are being ignored.

An issue that they don't bring up is at play currently in industry publications.  There is a move to slaughter BROS.

That's only surprising if you're unaware of the entrenched homophobia in the film industry.

William Haines is rightly celebrated by some as a strong person who bucked the system.  The Tom Cruise of his day,, he made one successful silent film after another, audiences loved him.  William was gay.  MGM gave him the ultimatum of dump your lover and marry a woman or we dump you.  He refused to comply and they dumped him.  He and his lover Jimmie Shields went on to have a long relationship that lasted until Haines' death and they also started a successful business that's still alive today.

William was presented with the ultimatum for only one reason: He was a star.  He was a money maker.

Why were they, in fact, supported?

Hollywood went out of its way to establish that image.

They telegraphed this is what gay is.  (Ava and I have covered this at length. If you're late to the party, probably start with our first piece on HAPPY ENDINGS.)

Rock Hudson can make money, keep him in the closet.  You can help him stay a money maker by elevating stereotypical portraits of gays so that people know that's what a gay person acts like and, therefore,  there's no way a Rock Hudson could be gay.

MGM continued to employ gay people after William Haines.  It wasn't anti-gay in that way.  But it wanted to protect its own profits and you either played the game or you were out.

Billy has cast a film with LGBTQ actors and that's an uncomfortable reality for some.  Those whining about the marketing campaign,  should grasp that UNIVERSAL could have went with, "Not since Nazimova . . ."  And cited Nancy Regan's godmother (Naimova's SALOME is supposed to be an all gay cast.)  Billy  also presented a hugely diverse canvas of what LGBTQ can be and that's uncomfortable for some.

We live in a world where a no-talent can, and did, smear a dead woman who told her the truth about her gay father.  The no-talent can then say Oh, it doesn't matter.  And in this world no one's going to point out that the entire industry says no-talent is a lesbian and that her marriage to a gay man is a sham and that no-talent, in the 80s, went on a talk show acting as part of a lesbian thruple.

We live in a world where actors and actresses are still told, "Don't come out, it will kill your career."

That doesn't mean the studio doesn't know that Mr. X is gay.  That does mean that they need him to continue to play straight in public.

There is a huge homophobia built into the system and it goes back to the start of the industry.

BROS transgressed and now certain elements of the industry are moving in to attack.

Billy made a great film.  He should be proud of himself.  People should see the film.  It's hilarious.   If you doubt it, read some of the community coverage:

We are in a backlash period and we will continue to cover BROS tomorrow.

The UN's special representative for Iraq has urged the country to address a growing lack of faith among Iraqis it its political system.

Jeanine Hennis-Plasschaert urged Iraq to form a government and get moving on critical reforms at the UN Security Council on Tuesday.

“Too many Iraqis have lost faith in the ability of the political class to act in the interest of the country and its people. A continued failure to address this loss of faith, will only exacerbate Iraq’s problems.”

She stressed "the importance of maintaining calm, of maintaining dialogue, constitutional compliance, respect for democratic principles, the unimpeded working of state institutions, and a functioning government to effectively address the legitimate demands for better public services, jobs, security, an end to corruption, and justice and accountability.

Lastly, a friend at IAVA asked me to include this: 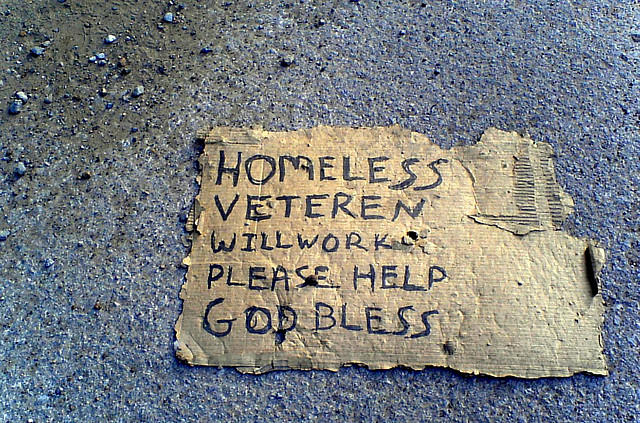 “This critical legislation will send an important message that we can no longer continue to allow those who have served our nation in uniform to live without a roof over their heads,” said Tom Porter, EVP of Government Affairs for IAVA. “IAVA is proud to join so many of our nation’s advocacy organizations to call on Congress to make this a priority to pass this year.”

The bill would preserve and enhance proven effective COVID-19-related program improvements from both the Coronavirus Aid, Relief, and Economic Security Act or CARES Act (P.L. 116-136) and the Johnny Isakson and David P. Roe, M.D. Veterans Health Care and Benefits Improvement Act of 2020 (P.L. 116-315), and would strengthen programs that emphasize permanent solutions to housing instability and homelessness experienced by veterans across the country.

IAVA is the voice for the post-9/11 veteran generation. With over 425,000 veterans and allies nationwide, IAVA is the leader in non-partisan veteran advocacy and public awareness. We drive historic impacts for veterans and IAVA’s programs are second to none. Any veteran or family member in need can reach out to IAVA’s Quick Reaction Force at quickreactionforce.org or 855-91RAPID (855-917-2743) to be connected promptly with a veteran care manager who will assist. IAVA’s The Vote Hub is a free tool to register to vote and find polling information. IAVA’s membership is always growing. Join the movement at iava.org/membership.