I didnt vote for anyone to have the right to censor

In an age of rage, Washington Post columnist and MSNBC contributor Jennifer Rubin has long been a standout in her attacks on Republicans and conservatives: “We have to collectively, in essence, burn down the Republican Party. We have to level them because if there are survivors, if there are people who weather this storm, they will do it again.” However, her recent column shows that she has made a clean break not only from Republicans but from reason. The writer (long cited by the Post as their “Republican columnist” for balance) has called for the media to abandon balance and impartiality. Rubin is demanding that the media just become overt advocates in refusing to report both sides in the myriad of political issues in this election.

In her column, Rubin rejects the “need for false balance” because the coverage can suggest that Republicans are “rational.”

Columbia Journalism Dean and New Yorker writer Steve Coll decried how the First Amendment right to freedom of speech was being “weaponized” to protect disinformation. In an interview with The Stanford Daily, Stanford journalism professor, Ted Glasser, insisted that journalism needed to “free itself from this notion of objectivity to develop a sense of social justice.” He rejected the notion that the journalism is based on objectivity and said that he views “journalists as activists because journalism at its best — and indeed history at its best — is all about morality.”  Thus, “Journalists need to be overt and candid advocates for social justice, and it’s hard to do that under the constraints of objectivity.”

You either support the First Amendment or you don't.  These people who want to determine what we can hear and read and what we can't?  I didn't vote and give them the right to censor.  Nor do I need a parent.  I'm a grown up and I can make my own decisions.

I want to note something else.  Your child's suicide is not about 'branding.'  No one needs to hear you on how much you've learned and how it wasn't your fault.

Chances are, celebrity, when you're giving interviews this week about how you've realized your child's suicide wasn't your fault?  You probably do have some blame in it.

Monday, September 26, 2022.  The western media gloms on one death while ignoring another and Iraq may be close to ending the ongoing political stalemate.

Over at COMMON DREAMS, Julia Conley wants you to know that US 'progressives' like AOC are up in arms and expressing 'solidarity' with some protesting in Iran over the death of 21-year-old Mahsa Amini.  It's great Julia Conley that you've finally discovered a Kurd -- it's not as though you've written of any Kurds in Iraq despite the fact that they are being terrorized by the government of Turkey.  In fact, here's RUDAW reporting yesterday on the latest Turkish attack:

A local villager from Amedi, Ramzi Sargali, told Rudaw’s Nasser Ali that Turkish aircraft has been bombing the area for almost three months and while no casualties have been inflicted, it is causing fear among the local population.

Turkey launched its latest operation, dubbed Claw-Lock, on April 18 targeting Kurdistan Workers’ Party (PKK) positions in the mountainous areas of Metina, Zap, Avashin, and Basyan in Duhok province. The operation is the fourth stage of Ankara’s Claw operations against the PKK in the Kurdistan Region, with the first stage starting in 2019.

If you were a sentient human being, you might ask why this death, of all deaths, is getting so much play but that would require a brain -- wouldn't it, Julia?

At INSURGENTE.ORG, Hafsa Kara-Mustapha notes that the Iranian death is beloved by western media because it takes place in a country that doesn't "toe the Western line" and that an investigation was launched in Iran and that Iranian officials offered condolences to the family.  The coverage, Hafsa notes, seems created to "inspire riots in resource-rich countreis" and that we've seen that before.  Meanwhile, 15-year-old Zainab Essam al-Jaszli was shot last week near Camp Bucca in Baghdad by US forces without any Western media reporting on the murder "demonstrating once again that it is not about human rights."

Zainab Essam al-Khazali, as we noted Friday, "That's a name the US media can't seem to find.  But others are noting her name."  Including Haid Nasrallah:

Is anyone talking about Zainab Essam Al-Khazali? the 15 year old Iraqi girl who was shot and killed by US forces in Iraq yesterday. She wasn’t killed by Iran so her story does not matter to western media. 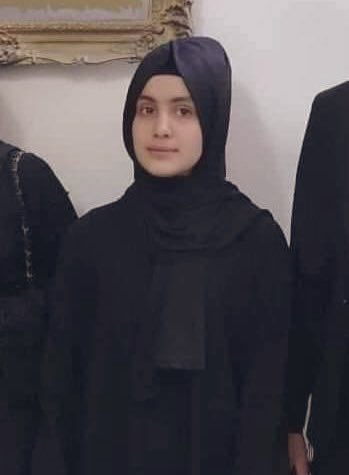 All these days later, the US media tries to maintain a silence.  The excessively -- yes, that is the term -- cover the death of an Iranian female, Mahsa Amini, while ignoring the death of an Iraqi girl.  When I saw the interview on that with Amy Goodman, it just gave me an uneasy feeling.  A little too pat, a little to planted, a little too hypocritical.  It was Thursday afternoon when I saw that segment and I already knew about Zainab.  A death in Iran was breaking all over the media but this Iraqi death, which is the US is said to be responsible for, no one was talking about it.

As we noted Saturday, "hypocrisy" is the term foreign outlets were using to describe the US media silence. Sunday, the hypocrisy continues.

With one exception, at WSWS, Dominic Gustavao reports on Zainab:

A teenage girl was shot dead by American soldiers as they conducted live-fire drills at the Victoria military base near Baghdad International Airport on September 20.

Fifteen year-old Zainab Essam Majed al-Khazali, a student, was working with her father on their family farm when a bullet struck her in the head. Her funeral procession was held the next day.

The Iraqi Security Media Cell promised an investigation into the murder, which it initially described as a “random shooting.” However a statement given by Iraq’s security forces, quoted by The Cradle, confirmed the culpability of the US military: “The killing of Zainab Essam Majed coincided with the presence of training operations for the American forces … the bullet that was taken out of the girl’s head confirms that it is from one of the weapons used by the American forces in the embassy and airport.”

The shooting has provoked widespread outrage, with locals demanding to know why American soldiers were holding live-fire exercises near residential areas. On September 22, Iraqi legislator Ahmed Taha al-Rubaie, from the Basra province, called upon the Baghdad government to summon the American ambassador and present her with a formal note of protest, along with taking legal measures to hold those responsible for the murder accountable.

In a post on Twitter, Rubaie wrote, “Even though two days have passed since the teenage girl was killed by a bullet fired during US military exercises near the Victoria base northwest of Baghdad, the US Embassy has not bothered to issue any official apology for the unjust incident.”

He went on, “The death, which occurred as a result of the use of live rounds during military drills near residential neighborhoods, exhibits an outrageous disregard for the Iraqi blood and a blatant disrespect for the country's sovereignty.”

Qais al-Khazali, leader of Asa’ib Ahl al-Haq, a Shi’ite militia group that is part of the Popular Mobilization Forces, demanded on Twitter that the government “present a detailed report to the Iraqi people, explaining … this cowardly incident, and how a military base can exist on Iraqi soil in clear violation of the Iraqi constitution … and sovereignty.”

It remains unclear whether the shooting was intentional, or the result of US troops recklessly firing off live ammunition near populated urban areas. In either case, it demonstrates the criminal indifference of the US occupiers towards the lives of the people whom they “liberated.” It also exposes the cynicism and hypocrisy of the leaders of the US and the other imperialist powers as they invoke concern for “human rights” to justify the use of militarism.

As Dominic notes, both THE NEW YORK TIMES and THE WASHINGTON POST have used the same person (Karim Sadjadpour) to weigh in on the death of the female in Iran while ignoring the murder of the Iraqi girl.  And, for the record, Karim is not the same person Amy Goodman brought on to cover the Iranian death.  Amy went with former VOICE OF AMERICA correspondent Negar Mortazavi.

A 15-year-old Iraqi girl was killed by US on Tuesday 20th September, identified as Zainab Essam Majed al-Khazali. The murder of the teen by US forces has gained little to no coverage in Western media. #zainabessamalkhazali #iraq #USA #fullajah

Why #ZainabEssam, who was killed by the firing of American soldiers in Iraq, could not get the attention that #MahsaAmini's death got? Because Mahsa's death is in the interest of America and the West, and the case of Zainab Essam is directly related to American brutality. 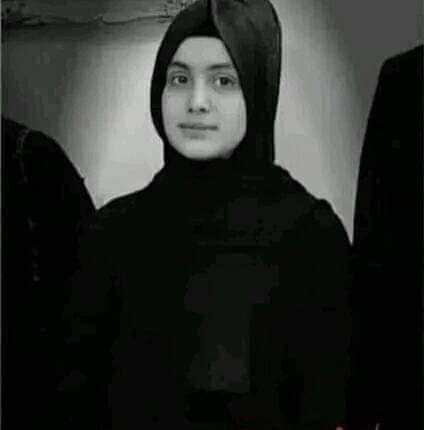 Meanwhile, in an article noting government protests may resume October 1st -- this would be The October Revolution, not Moqtada's cult -- THE NATIONAL's Sinan Mahmoud reports:

Meanwhile, the Iran-backed Co-ordination Framework is close to announce a coalition with Kurds and Sunnis that could not only expedite the government formation process, but also provoke the powerful Shiite cleric Moqtada Al Sadr, who has boycotted the political process.

The announcement was planned for Sunday, but was postponed.

Fadi Al Shimmari, a politician affiliated to CF, said the agreement was finalised late on Sunday with two main Kurdish parties, the Kurdistan Democratic Party and Patriotic Union of Kurdistan, the Sunni Azam and Sovereignty coalition as well as the Christian Babylonian party.