A good article at COUNTERPUNCH

It's the best thing COUNTERPUNCH has offered online in three months.  I strongly recommend it.  I don't agree with every item but I don't need to agree with you if I can get where you're coming from.

I wish COUNTERPUNCH had more writing like that.  It's gotten a little DISSIDENT VOICE -- only lighter -- of late.  It really seems watered down and defocused.  They accept too much and too much of it is poorly written and 'hot topics' that have no real value.

DISSIDENT VOICE has a wide range and that's why I don't go there very often.  COUNTERPUNCH has usually avoided 'hot topics' and published things a little more daring -- like questioning what John McCain really did to Vietnam as well as what his POW life actually involved.

Too often these days, it comes off like TAPPED or some other DNC party organ.

Monday, July 8, 2019.  The failures in Iraq -- no vanquished ISIS, no rebuilt Mosul, nothing the government's done that qualifies as a success at all.

NRC‏Verified account @NRC_Norway Jul 4
PRESS RELEASE: More than 300,000 residents of #Mosul district are still #displaced with no homes to go back to, 2 years since the end of the military operation to retake the city from the Islamic State group.
0 replies11 retweets8 likes

NRC MiddleEast‏Verified account @NRC_MiddleEast Jul 7
Two years have passed since the war ended in #Mosul. Yet the old city is still totally destroyed and nobody has yet returned. Watch @NRC_Norway’s @Tom_Peyre_Costa in west Mosul, #Iraq
/>
0:34
1,827 views
2 replies15 retweets17 likes

This is in #Mosul today, in the centre of the old city. 2 years after the retaking of the city, bombs remnants are still putting people at risk as most of them have no other option but rebuilding with their own hands. This #shell is accessible to children playing in the area. 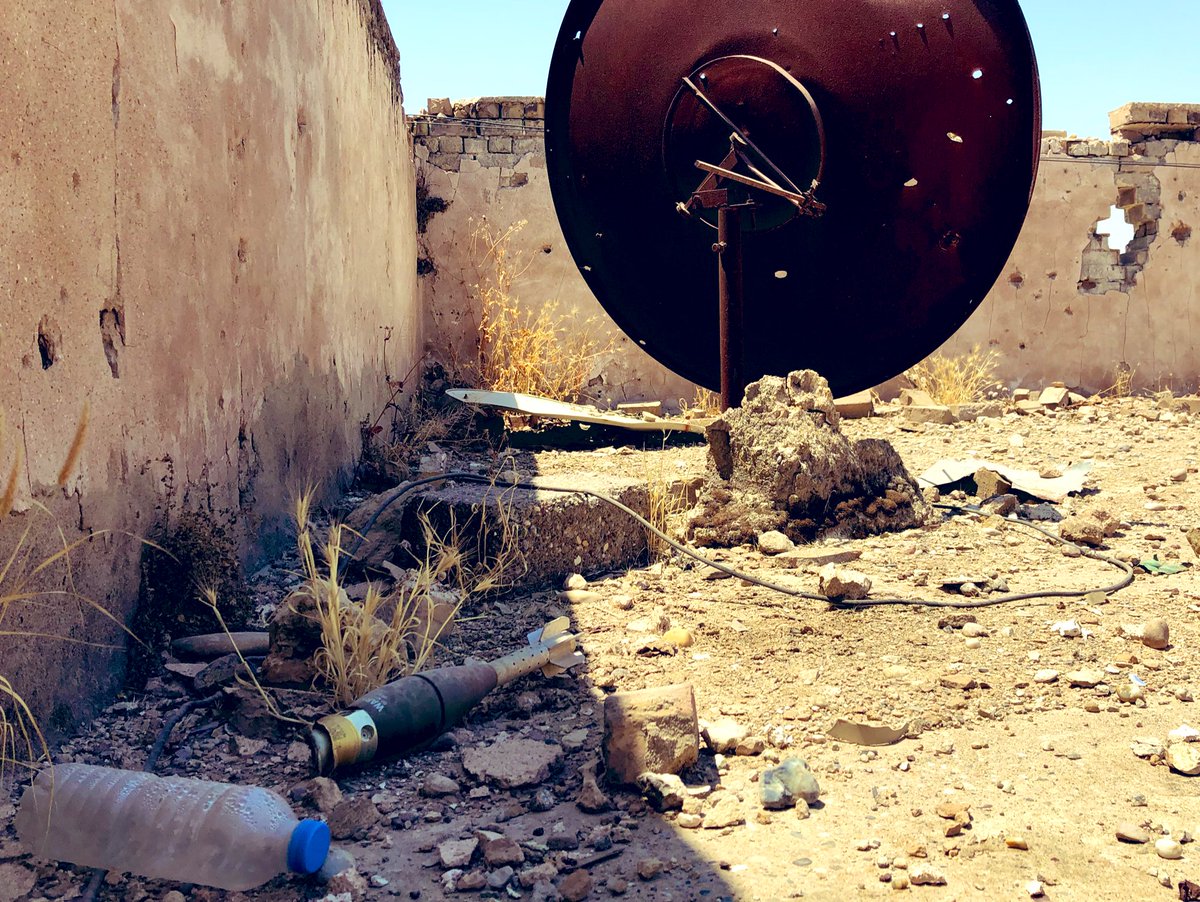 NRC MiddleEast‏Verified account @NRC_MiddleEast 4h4 hours ago
#Mosul: Why is it that so few people who were forced to flee from their homes intend to #return in 2019? - house damaged or destroyed - fear and trauma - lack of security forces - lack of livelihood - discrimination - no money - mines 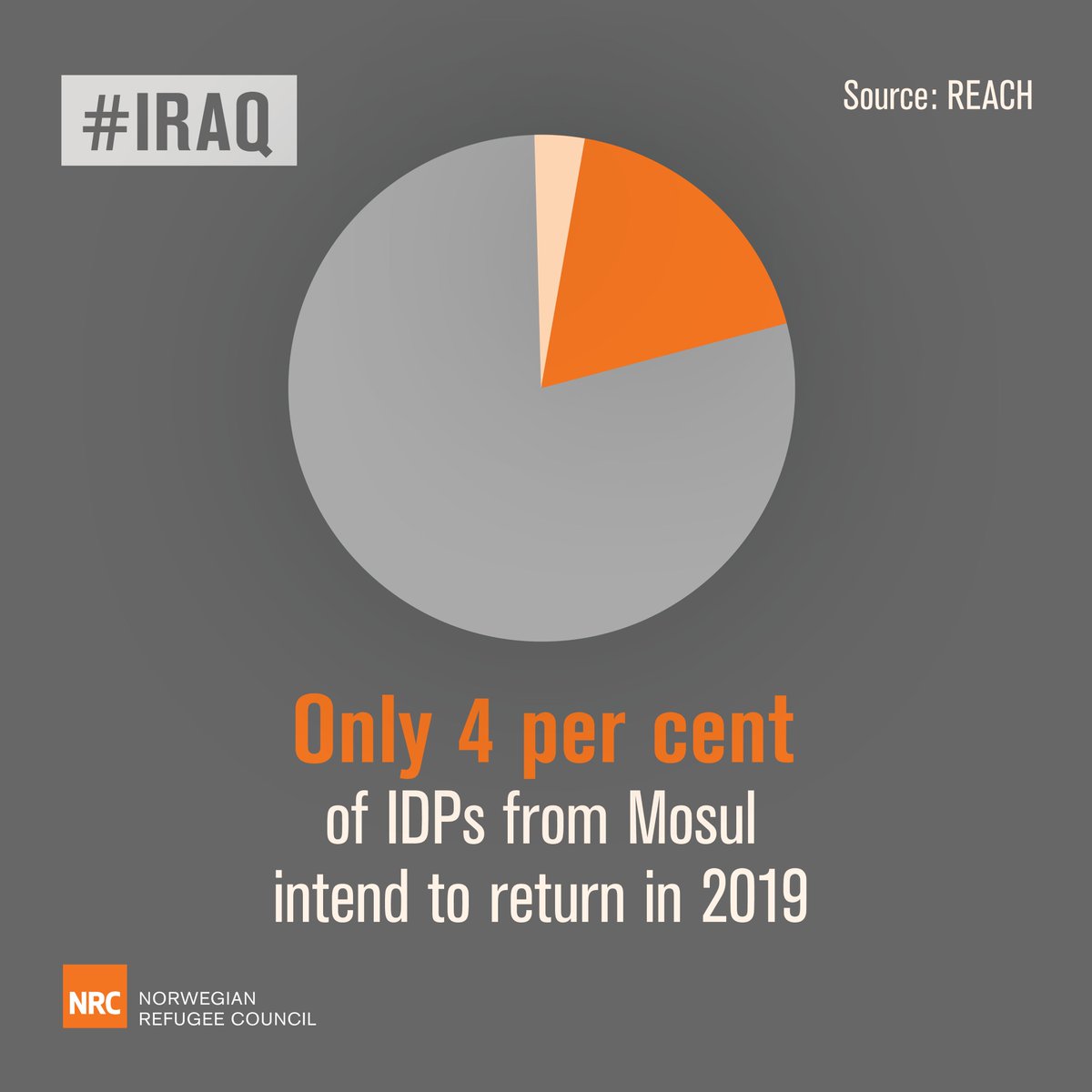 Laila A.‏Verified account @LailaOnMars 2m2 minutes ago
I recently visited a hospital in w. #Mosul. Two years after the retake it still looks like this. children + families struggling to access services. 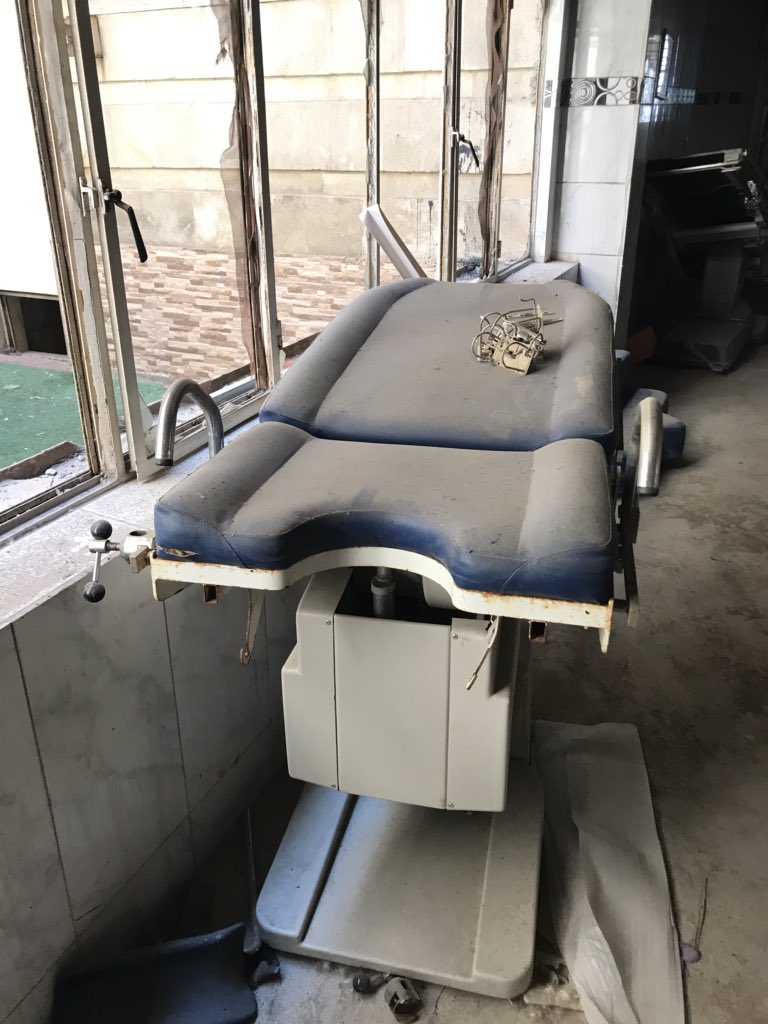 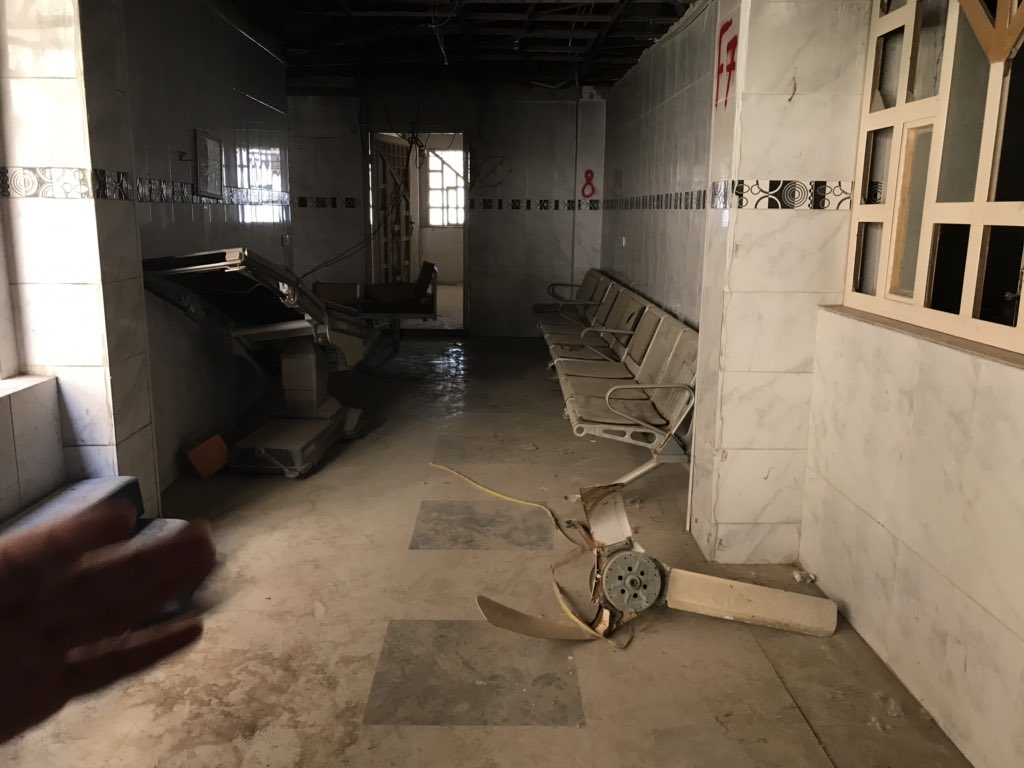 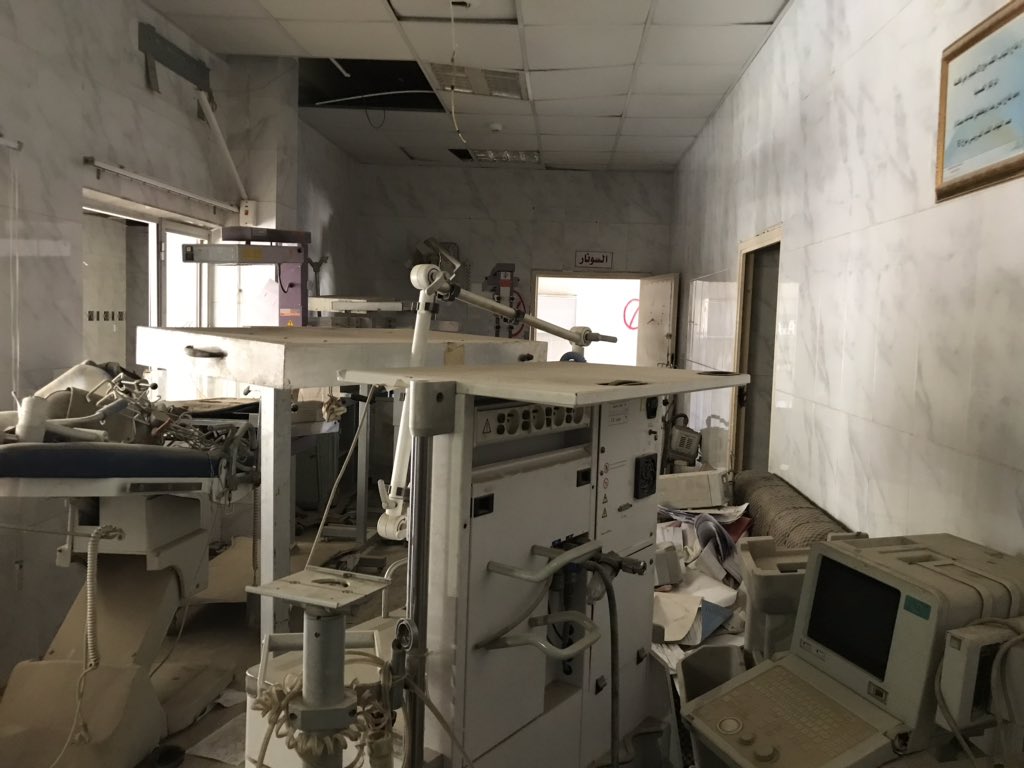 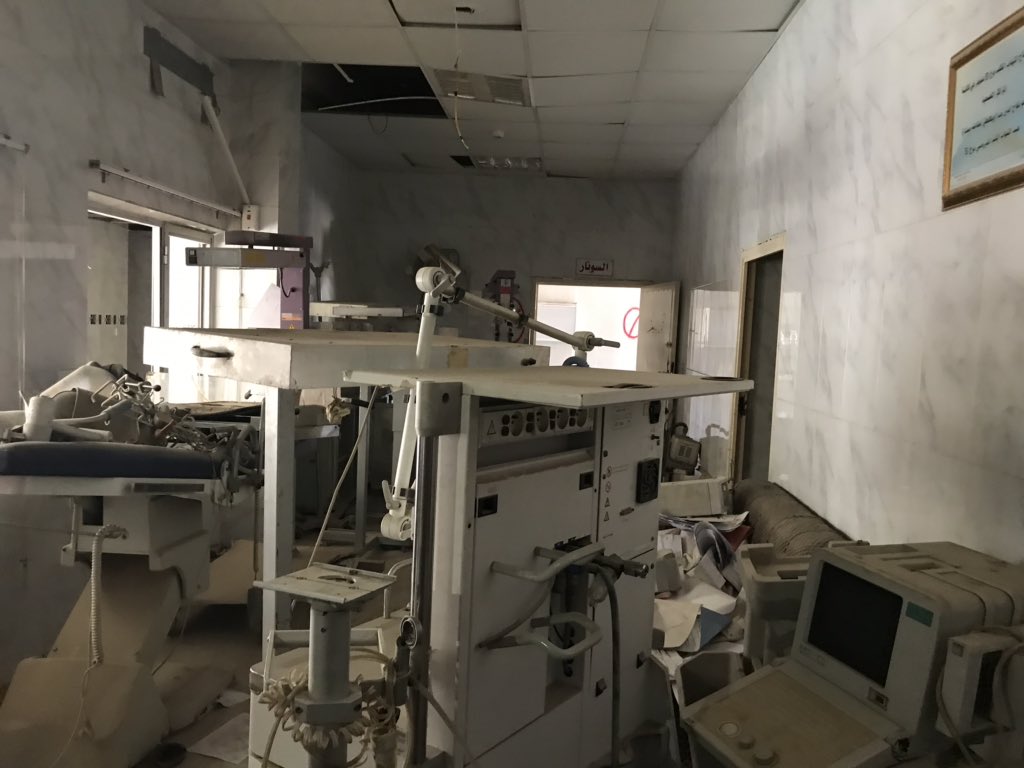 
If you ever doubt what a failure the government of Iraq is, look no further than Mosul.  Two years after 'liberation' and Mosul remains in ruins.

And ISIS remains in Iraq so no victory there either.  Yesterday, AFP reported, "Iraq’s military announced a new operation Sunday in an attempt to secure the vast western desert leading to the Syrian border, amid fears jihadist sleeper cells were using the area to regroup.  The operation, dubbed 'Will of Victory,' began early Sunday morning and would push to clear the remote territory between the provinces of Salahaddin, Nineveh and Anbar, a statement by the military said."

Iraqi Prime Minster Adil Abdul-Mahdi also released an official statement  on Sunday praising the role of the Iraqi army in the fight against ISIS.“Today we announce the [Will of Victory] operation to defeat ISIS sleeper cells in Iraq as we have always done, our Iraqi army heroes will come back victorious for sure and add more victories to their record that will be written in golden words. I wish you all the success and prayers of all Iraqis are with you.” Abdul-Mahdi said, according to a statement published by the Security Media Cell. On May 29, the UK Ambassador to Iraq John Wilks released a short video statement urging the Iraqi government to act against the frequent attacks launched by ISIS remnants and sleeper cells in remote and disputed areas of Iraq.

They didn't vanquish ISIS, they didn't repair Mosul.  What success has the Iraqi government had?

Nothing with regards to prisoners.  Dropping back to Friday's snapshot:

Belkis Wille‏Verified account @belkiswille Jul 3
1000s detained, including kids, in degrading conditions in #Iraq. Overcrowding doesn't solely affect the detainees, but also the community as a whole. Authorities should ensure that conditions in prisons do not foster more grievances in the future. hrw.org/news/2019/07/0… 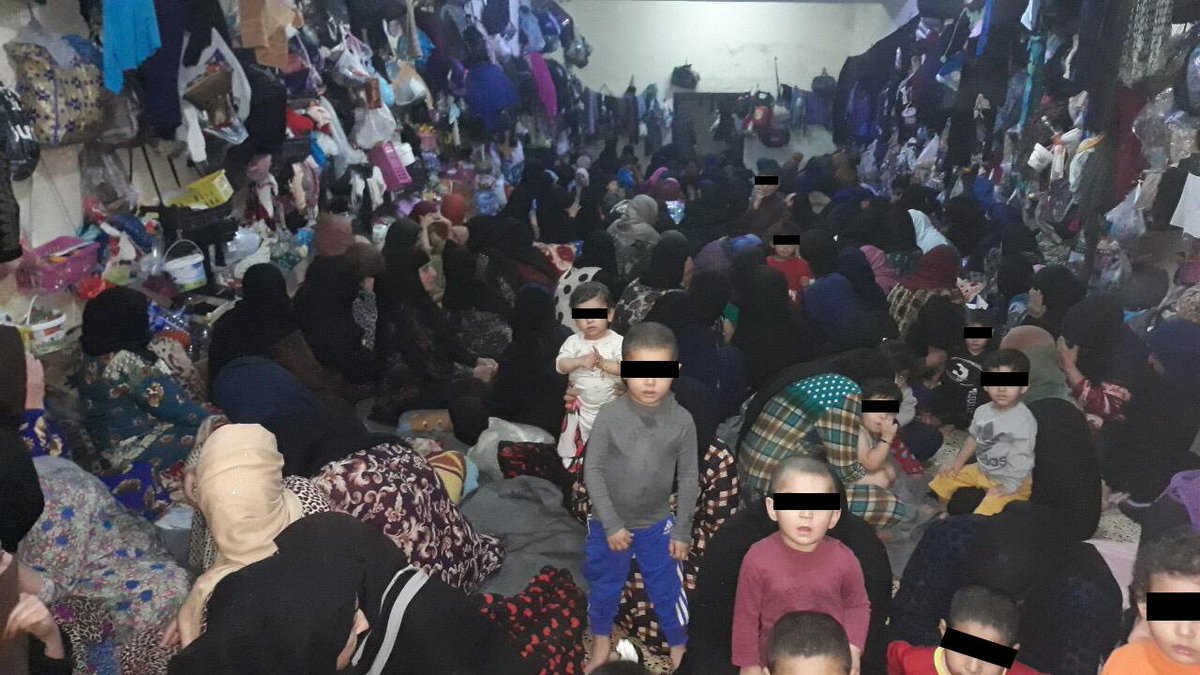 
What's she talking about?

Nineveh’s extremely overcrowded detention facilities are holding thousands of prisoners in Iraq, most on terrorism charges, for extended periods in conditions so degrading that they amount to ill-treatment. The authorities should ensure that prisoners are not held in inhuman conditions and that there is a clear legal basis for detentions, Human Rights Watch said today.
“The Iraqi government urgently needs to rebuild and rehabilitate its detention facilities,” said Lama Fakih, acting Middle East director at Human Rights Watch. “Iraq has a duty to ensure that detainees are housed decently, in line with international standards.”

Tal Kayf, Faisaliya, and Tasfirat (in the Faisaliya compound), the three pretrial detention facilities in the northern Iraq governorate, have a combined maximum capacity of 2,500 people, according to a senior Iraqi penitentiary expert who requested anonymity. As of late June 2019, they were holding about 4,500 prisoners and detainees. Of that number, 1,300 had been tried and convicted and should have been transferred to Baghdad prisons. The authorities had yet to take the steps needed to transfer them, the expert said, even six months after some were convicted.

The expert shared photos taken in May of female terrorism suspects with their children in one cell in Tal Kayf prison, and juvenile terrorism suspects in another. Two other people who had visited the prison corroborated the conditions of extreme overcrowding seen in the photos and their location. The expert said the cells at Tal Kayf prison holding detainees on other charges are less crowded because of lower numbers.
The expert said the detainees have no space to lie down in their cells or even sit comfortably. Prison authorities have not provided mattresses because there is no room for them in the cells, he said. “These prisons are meant to be a place for rehabilitation but if authorities house detainees in these kinds of conditions, I can only imagine what will happen to them after they are released,” he said. Lawyers do not have access to the prison to visit their clients – among other reasons, because there is no space for meetings.
Human Rights Watch has previously documented deaths in custody in Nineveh stemming from severe overcrowding.
The evidence shared with Human Rights Watch strongly suggests that conditions at the Nineveh pretrial detention facilities are unfit to hold detainees for extended periods of time and do not meet basic international standards. Holding detainees in such conditions amount to ill-treatment.
International norms regarding prison conditions, the United Nations Standard Minimum Rules for the Treatment of Prisoners (the “Mandela Rules”) require that “[a]ll accommodation provided for the use of prisoners and in particular all sleeping accommodation shall meet all requirements of health, due regard being paid to climatic conditions and particularly to cubic content of air, minimum floor space, lighting, heating and ventilation.” The Mandela Rules state that “sanitary installations shall be adequate to enable every prisoner to comply with the needs of nature when necessary and in a clean and decent manner” and that “[a]dequate bathing and shower installations shall be provided.”

The Interior and Justice Ministries should, as an urgent priority, improve conditions and expedite the investigative process, guaranteeing everyone in pretrial detention a speedy and fair trial or release. Authorities should transfer all detainees from these facilities to official prisons built to accommodate detainees and equipped to meet basic international standards.


Iraqi armed forces, paramilitary units of the Shiite-dominated Hashed al-Shaabi, tribal groups and U.S.-led coalition warplanes were all taking part, according to the statement.


Thousands of men, women and children charged with terrorism are being detained in overcrowded and degraded conditions amounting to ill-treatment in Iraq’s northern Ninevah province, Human Rights Watch (HRW) has said.
The NGO calls on Baghdad to ensure humane treatment and “that there is a clear legal basis for detentions”. Detainees should be released if this does not apply and the government cannot improve detention centre conditions.
Lama Fakih, HRW acting regional director, said: “The Iraqi government urgently needs to rebuild and rehabilitate its detention facilities. Iraq has a duty to ensure that detainees are housed decently, in line with international standards.”


United Nations standards for prison conditions, called the Mandela rules, require that prisoners’ health must be safeguarded by the provision of space, heating, ventilation and sanitary installations.


There is confirmation from the government of these conditions.  RUDAW reports:


Nineveh prison conditions have been labelled “tragic” and “catastrophic” by a Nineveh MP following a visit to the province’s prisons, hot on the heels of a damning Human Rights Watch report released Thursday detailed the “degrading” conditions faced by detained women and children.
Sherwan Dubardani and Tuama al-Lihibe visited Tel Kayf and Faysalyah prisons on Sunday, alongside Nineveh deputy governor Sirwan Rozhbayani.

"Truth to be told, what Human Rights Watch reported was small relative to the actual catastrophe inside the prisons of Nineveh," Sherwan Dubardani, a Kurdish Democratic Party MP from Nineveh told reporters.
"The situation is tragic, and what we saw inside the prisons of Nineveh province is a real humanitarian catastrophe," Dubardani said, saying "tens" of sentenced individuals are crammed into a single square meter.
Last Thursday, a Human Rights Watch report slammed Iraq’s authorities for “degrading” conditions in Nineveh’s prisons that it said it amounted to “ill-treatment”.
Rozhbayani said local government "will never accept" these conditions."You can't mix juvenile and women prisoners with those of terror," he added, warning of possible radicalization.There are six thousand individuals in various phases of prosecution in the two prisons, of which 1,050 are juveniles and 220 are women. 244 of the minors have been sentenced, according to Dubardani.Central government is to blame for overcrowded facilities in Nineveh, Dubardani claimed.

Back in April, THE BAGHDAD POST wrote about al-Shammari:


Kazim al-Shammari, head of Wataniya Coalition's bloc, denied reports claiming that their bloc's candidate for the defense ministry has acquired the Swedish nationality.

"Defense Ministry's candidate Najah al-Shammari is not included by the procedures of accountability and justice. He also does not have the Swedish nationality or passport," the bloc's head said.

He also described the ministry's candidate as "a patriotic figure who has the competence that make him capable of facing the challenges of the post," adding that the coalition headed by Ayad Allawi took the decision to nominate the candidates for the defense ministry based on these qualities.

The bloc's head said that such allegations have become "familiar," adding that some political parties target the patriotic competent figures and "seek to maintain chaos in the institutions of the state."


He is a Sunni.  Last month, THE BAGHDAD POST noted the following

Yassin Taher al-Yasiri was born in Baghdad in 1958. He served as adviser to the minister of interior. He is a lecturer at the Police College, and the High Institute for Security and Administrative Development.

Yasiri is a researcher and author in international law and the security strategies. He holds a doctorate in public law philosophy from Al-Nahrain University.

Yasiri has joined the Ministry of the Interior in 1979, and has held many leadership positions in the ministry.

Yasiri is backed by Ammar al-Hakim, a senior Shia leader, whose parliamentary bloc with 19 seats recently announced they would play the role of the opposition during this parliamentary term.


So failed prime minister Adil Abdul Mahdi at least -- and at last -- succeeded by meeting the deadline movement leader and Shi'ite cleric Moqtada al-Sadr imposed upon him.

At ARAB WEEKLY, Tallha Abdulrazaq argues, "Also, the United States needs to stop mollycoddling the Iraqi regime and must acknowledge that Washington utterly failed to introduce a functioning democracy in Iraq and helped to create and embolden the Iranian threat it now faces."  Yes, the US government has failed. 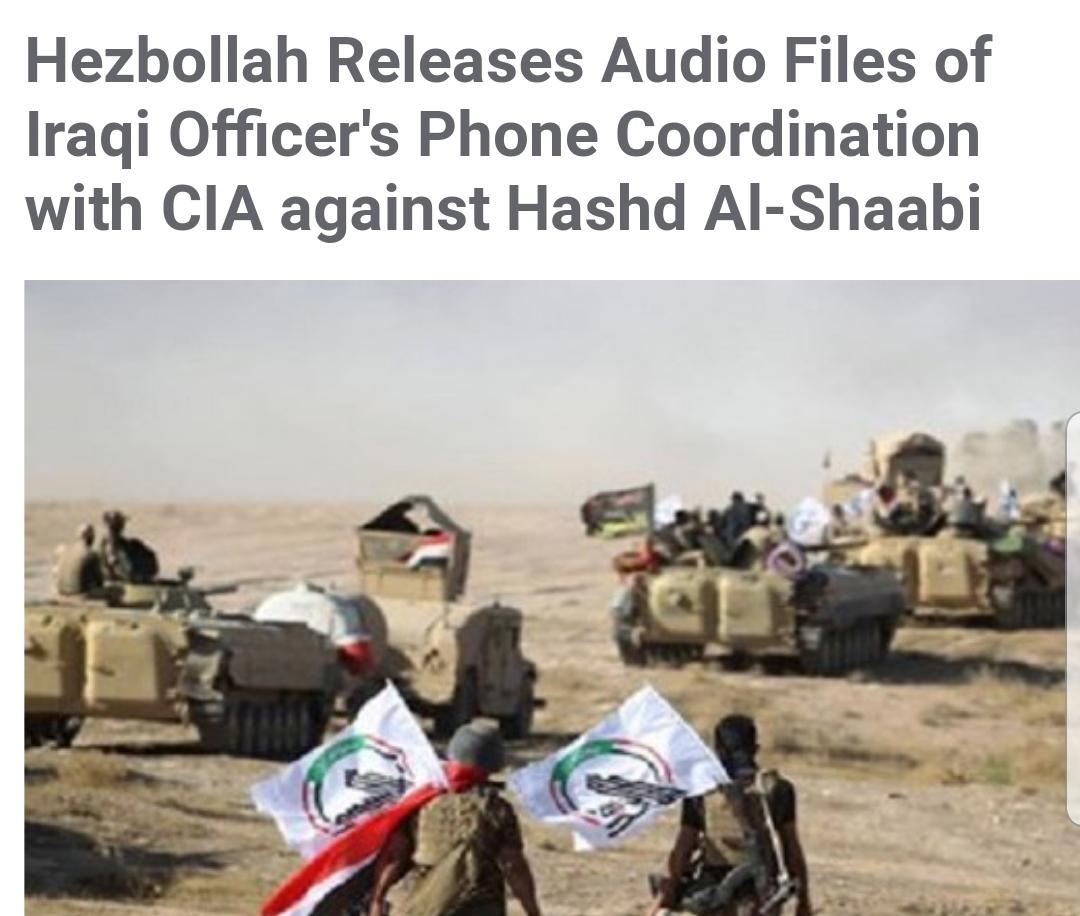